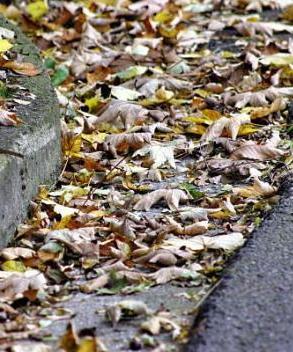 I take a certain pride in writing detailed previews of major races, usually before CyclingNews gets theirs going, for the simple reason that races like Saturday's Giro di Lombardia deserve a full week of rumination befitting the glorious history, magnificent course, and the likelihood of some memorable action about to take place. Sadly, I also pride myself on retaining and otherwise performing in my day job, which has become increasingly demanding over the last several weeks, including what can only be called a big slug of work this week. Taken together with a distracting election, the Red Sox' refusal to go quietly into that good night, a similar phenomenon in my wife's work schedule, and my having snack duty at DS Littler Bear's preschool co-op, and you've got... a really lame week for blogging.

So since the previews are all out there, and Pez has ridden and photographed every meter of the course, I think there's little for me to add besides some (cough) "insight" into who might win. As we like to say here at One Podium Cafe Plaza, when all else fails... Power Poll! w/o ado...

Was it only yesterday that I introduced my latest dissertation, on how classics riders are more versatile than you (OK, I) might think? Fine, but there are a handful of matches made in heaven in Cycling, and this is one of them. If the creator sculpted Tom Boonen for the Tour of Flanders, then so too did s/he concoct Damiano Cunego for Lombardia. The longish (for a classic) climbs of Lombardia are no problem for this former Alpe d'Huez runner-up, and among the climbers-who-sprint class, only Valverde is as fast as Cunego on a flat finish. So as for tomorrow: where do you drop him? And in a limited field sprint, who's gonna beat him? Valverde could, but he's home. So is Cunego.

If there is a single feature of this course that's not tailor-made for Cunego, it's the winding, twisting descents of the Civiglio and San Fermo della Battaglia, occupying most of the last 15km. Not that he can't do it, as Cunego's two Lombardia triumphs attest, but he's not the master of the downhill. That's Sam-(in)San(e)'s domain. Sure, the strongest guy will probably find a way to win tomorrow, but if you had to think of a strategy that could prevail against Cunego, and a guy to pull it off, this is it. Sammy was third last year for this reason. This time, if he can get to the top of the Civiglio with the front of the peloton, rather than chasing the Kid, he's got a chance.

After the top two slots, the major theme of this year's race is the veritable who's who list of climbing-sprinty-classicians ... who aren't coming. Danilo DiLuca's LPR team got snubbed. Valverde begged off. Rebellin's Gerolsteiner team pulled the plug after the Chimney Sweep fessed up. Ricco is off breaking rocks someplace. And Basso's suspension runs conveniently into the middle of next week.

I'm not crazy about Garzelli here, but when he's on top of his game he's pretty much the same guy as Cunego. In the last month he won the GP Wallonie, finished third in the Coppa Sabatini, was 10th at Lazio and 14th at Emilia. I'm not sure what exactly that says about his form, but in the latter case he finished next to Cunego, and nobody's stressing over Cunego's form. He's also almost certainly carrying around the hurt of his non-selection for the worlds team in his hometown of Varese... nobody comes in with a bigger chip on his shoulder.

Hm, except maybe this guy. Evans has different reasons for wanting redemption/revenge, and all his even-handed post-race debriefing surely masks some disappointed ambition. He's the biggest name in the race, all things considered. But he can't really sprint, and it's a little hard to imagine him dropping all the Italians before the finale.

With Valverde home, J-Rod takes the reigns of Spain's power-squad. I don't really think he'll win, but Jered's point in the Pez preview is well taken: Rodriguez is always in the mix, and can finish off a sprint, despite the fact that he's usually tasked with shepherding Valverde home instead. He was also the only Spaniard to make the final gruppetto (sucking on Ballan's dust) at Varese, so his form is presumably about right. Honestly, Evans outranks him here in name only.

Mr. Can I Buy a Vowel always saves his best for last. Last autumn he finished second in the worlds, won the inaugural Monte Paschi Eroica, ran 9th at Emilia and finally 11th in Lombardia. This year he's arguably even better conditioned for Lombardia: he finished third at Emilia to two riders who aren't here, and took 5th in the Coppa Sabatini. He also sports an all-star support lineup of Gustov, McCartney, Larsson, Kroon and Sorensen, any one of whom could be considered longshots to do something as well. [Andy Schleck is not on the startlist, BTW.] I still wouldn't bet on him in a flat sprint against Cunego or Rodriguez, but at the end of a hard race, if he's the strongest guy left, I wouldn't dismiss the possibility.

Others, in no particular order:

Domenico Pozzovivo... but I doubt anyone wants a reprise of the CSF shocker. Vincenzo Nibali... hasn't been especially good lately. Liquigas are really sitting this one out, aren't they? Robert Gesink... surprise me on the descent, and he'll be in the finale. Chris Horner... would be the story of the year. Ah well. Mick Rogers... redemption? He's usually in form for the worlds, though that hasn't helped him much at Lombardia. Still, 11th last week at GP Beghelli. The Flying Masciarellis... when's the last time three brothers took the start together at a monument, in the same uniform? And, once more for good measure, Angel Gomez Gomez Gomez... here's wishing you a safe ride.

Who ya got? Send in your top three by midnight tonight. Whoever has the best podium (scored on a 7-5-3 scale, with 1 point for getting the right name on the wrong podium step) gets a prize from the Schwag Bag.