The Races That Mean The Most, Part One

Share All sharing options for: The Races That Mean The Most, Part One

And I have no idea when part deux will happen. This post is more to lay out the terrain or terrane, whatever.

But I've been mulling over in my head various things (besides Jennifer Grey):

- Of the top 15 VDS riders (you know- the list that doesn't include Greipel) only five of them spent any time at all on the Belgian cobbles.

-How did the God of Thunder earn 922 VDS points when I rarely saw him beat any of the top sprinters?

-Are there any races that attract the top riders that aren't in the VDS?

So I looked at the races- VDS and various top other races to see who raced where to find how many of the top riders raced against each other. Look for the results on the flip but first, Jennifer: 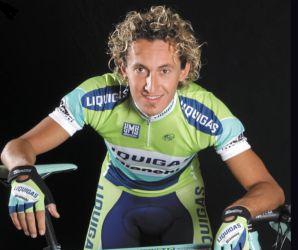 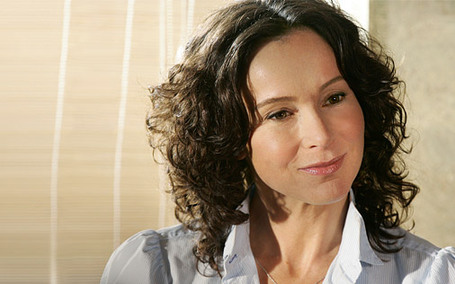 So below I have a list of the races: all the VDS races and a bunch of the others, in calendar order. After each race I give a number which ,means how many of the top 31 VDS riders rode in that particular race and if space allows, the riders names.

Why the top 31? Several reasons.  The top 31 includes every rider who earned more than 700 VDS points, meaning they were major factors in multiple races. These are the top riders of their teams. Also the top 31 riders have at least a couple of each type of rider, from goat to sprinter, chronomen and Classics guys. Italians and Spaniards. Even a French guy an American so I'm not favoring one category of rider here. In fact here are the top 31:

Oh yeah- I didn't include Ricco and SELLA! You really want to ask why? No? Good. Note: In the list of races below ( a long list) I would ignore the names of the riders at first glance and look mainly to see the number of riders. For those of you who's eyes glaze over when looking at lists and tables, commentary follows the list of races. To the races, VDS races in bold:

LBL- 15 (Same as La Fleche plus Menchov, Pellizotti, Gilbert, and no Kreuziger.)

- Cobbles. Yeah, most of the stars avoid 'em and you can see that in all sorts of ways. Paris-Roubaix is the Monument with easily the fewest top riders due to its freakish course. No surprise there. Flanders has its share but some of the lesser Flanders prep races are avoide d: I'm talkin' to YOU Het Volk, KBK, Dwaars, Brabantse Pijl, 3D, and Scheldeprjis!

To be fair though, notice the riders listed for Flanders and Pais Vasco. Starting with the Criterium International and E3 respectively, you have a split in the peloton with Belgians and sprinters favoring the cobbles and more climby/Ardnennes types going to the Crit then heading south to GP Big Mig, Pais Vasco and often the Klasika Prim. Amorebieta before heading up to the similar Ardennes triad.

- But in saying that you see (if you didn't know already) that the Ardennes trio are the culmination of the early season for the Grand Tour GC men.

-Speaking of splits, notice how many more stars go to Tirreno-Adriatico rather than Paris-Nice and Suisse rather than Dolphin.

- That the Tour is the most popular race for the big boys is no surprise. That the Worlds RR ties it is a surprise- though the course this year again favored those Ardennes/climby types while enticing the sprinters who aren't allergic to hills just enough.

- But look how much more top 31's the Vuelta attracted than the Giro. Contador winning the Giro sort of underscored how Italian focused that race is compared to the Vuelta. To me that's because so many riders rest up after the cobbles and Ardennes before prepping for the Tour, thus skipping the Giro. Relatively few ride in May- look at the low numbers for Romandie and Catalunya.

The Vuelta though, even though it has a lot of competition, and a lot more than the Giro has,- races overlapping with it  are Deutschland, Poland, Britain, Ireland, and  Missouri- attracts the big stars, even if many of them don't finish in prepping for the Worlds.

-Speaking of Poland, its tied for the most big names of the non-VDS races. Considering that Deutschland isn't racing next year, perhaps we include this race even though no Americans will probably see it? And the race its tied with with the most big names is California- more than 19 of the 37 VDS races. Any chance at all Chris?

- Veering wildly, the Hushovd question- how did he get so many points? is answered by the fact that he rarely went up against more than one top sprinter. KBK, Paris-Nice, MSR, Flanders, Catalunya, Dunkerque- all of these don't feature much in the sprinter category. Most have only one top sprinter like Freire or Boonen. He's usually facing the likes of Duque or Steegmans as his main competition. 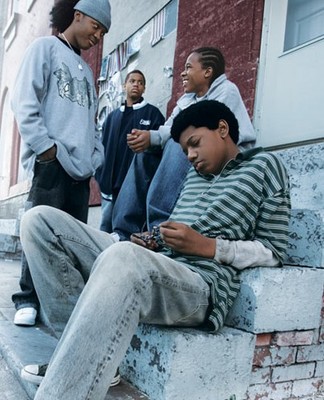 - Now sandbagging. I  see two things. First are the quotes various riders put out, playing down their chances in some big race. Those quotes are fun and all but I can;t believe anyone takes them seriously. Check that. I can believe people, including  some other riders, take them seriously because some folks are dumb as a bag of hammers.

The other sandbagging isn't really sandbagging but using races for training.  The rider's form isn't at its peak though he is trying hard-usually, with notable exceptions being Freire (California this year) and Sastre (Free Dolphin). Otherwise look at say Menchov in Romandie this year: he didn't quite have the form he showed at the Giro but he still tried to win the race.

I'm bringing up sandbagging/training because some of the races listed above are used for training purposes for the bigger races by the big stars.

Note: I tried to google image 'bag of hammers' and what I got was (among various hammers) Kay Bailey Hutchinson. Truly scary image there and so I won't post it.

That's it for today. Anything hit you from these figures?