Lots of links in this article over at Wired talking about Sam Whittingham setting the human powered speed record in the Varna Diablo III recumbent bike.  On his second run of the day, with extra pressure added to his tires to decrease rolling resistance, he made his world record run in 80 degree air temp conditions. 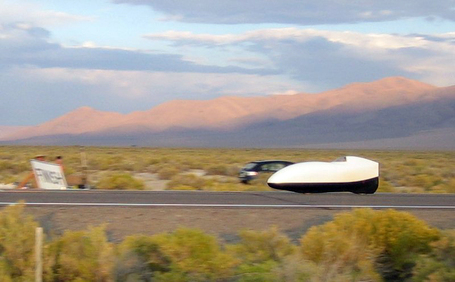 Here's a picture of the Varna Diablo with all the fairings removed... 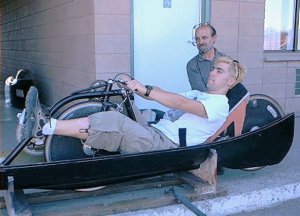 And the Diablo's drive train... 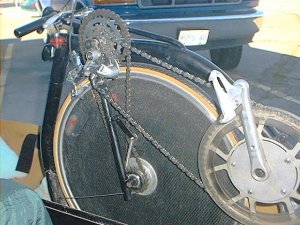 Oh... and if you haven't seen "The World's Fastest Indian", with Anthony Hopkins as Burt Munro setting the land-speed record at Bonneville on a 1920's Indian, I highly recommend it.  It's as kooky as Baghdad Cafe but with a motorcycle.