The  Men's and Women's CrossVegas races were a blast. While there was no mud and the course was considered 'easy', the racing was fast and aggressive, the crowds big and enthusistic (and beered up as it should be in a cross race) and the organizers had set up plenty of flood lights to help out with the photos. Speaking of, as I had to make do without a real flash (don't ask why, I am an idiot...), the shots could be considered artistic.

The women's race came down to a battle between US Cross Champ Katie Compton (Spike) and Luna's Katrina Nash. 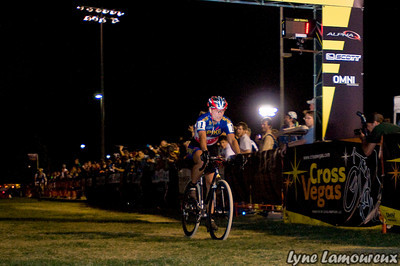 "It was really hard because Katerina rode really well. It was a challenging race and the course was really tough. I tried everything I could to go fast. We were trying to attack each other and we also tried to have a pace that we both could sustain. It’s pretty hard to get in front on this course. We are just naturally fast starters so we just kept the pace on and we really got a good start. It feels really good to win." said Compton after the race. 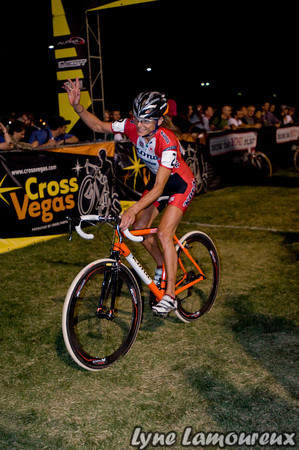 Canadian Cross Champion Wendy Simms is in the house. She finished seventh. 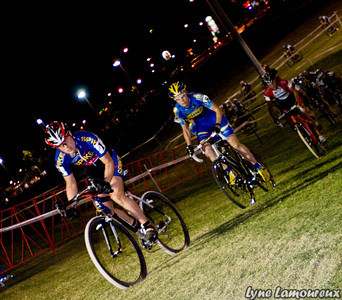 Compton at the front in the early laps. 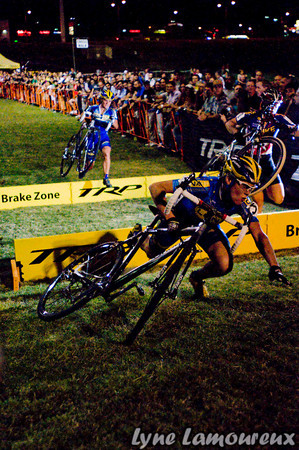 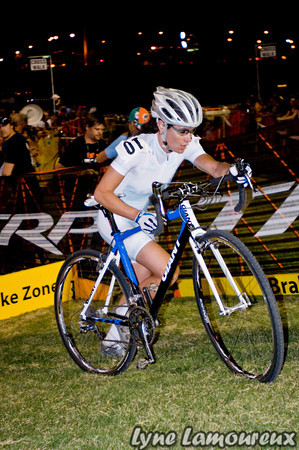 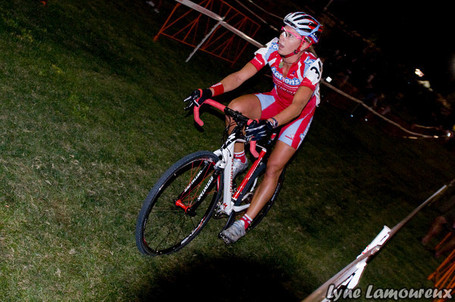 Roadie Meredith Miller (Aaron's) is trying cross and is loving it. 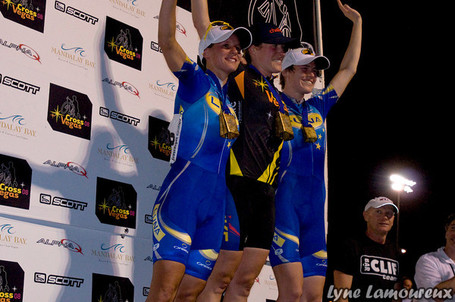