The crowds were bigger and rowdier by the time the men's CrossVegas race started at 9pm. The presence of Lance Armstrong brought out a lot of media and the scrum at the start/finish line was unbelievable (see pic on the flip). It was so bad that when I was talking to the winner Ryan Trebon (Kona) after the race, we were physically pushed by folks, including media, trying to get close to Armstrong - blah.

But the racing was great.

"This was the most kickass [cross race] I've ever done, I've done a lot, I've raced I think eight World Championships, I don't know eight or nine Nationals in my time. So many people, to have Lance here, one of my other hero of all times, [Thomas] Frischknecht here closing out his career, it's badass." said US Cross Champ Tim Johnson who finished second. 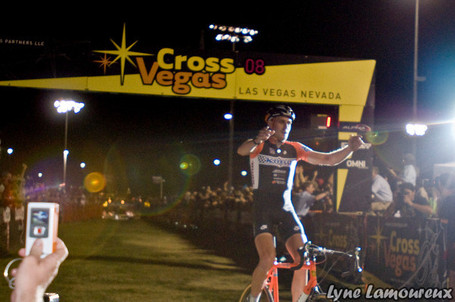 Trebon wins after a solo attack in the final laps. I was all ready to get the shot but the guy (with a media pass) in front of me with his phone moved and so...

The selection was made pretty early on as a group of about twelve riders separated itself from the pack which shattered in mutiple chase groups. Armstrong was in the third group chasing with BMC's Tony Cruz among others.

Canadian Geoff Kabush attacked the group with three laps to go and got a gap. Jonathan Page bridged up to him and...

"They went and I had kind of a bad moment there, and I just had to tip myself back, I kind of knew, Kabush was tired and Page went across to him and Jon wasn't doing any work and was sitting in so I knew it was going to come back , and I just kind of rode myself back into it. I don't know, I was just trying to do something like maybe get a group of three or four, try to see how it went from there, I just didn't want that group to go to the last lap." said Trebon. 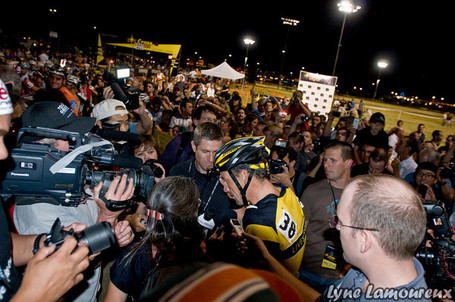 The media scrum around Lance Armstrong at the start 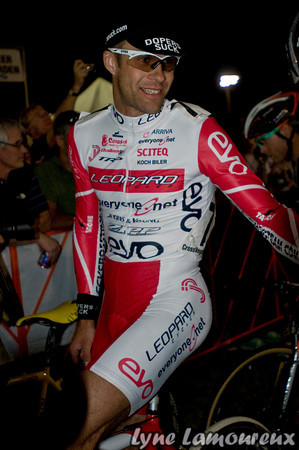 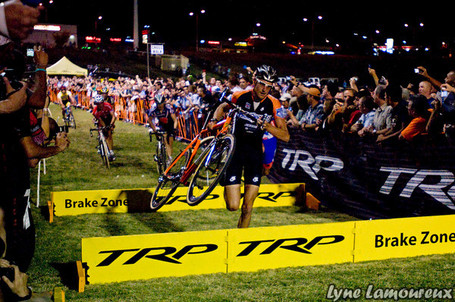 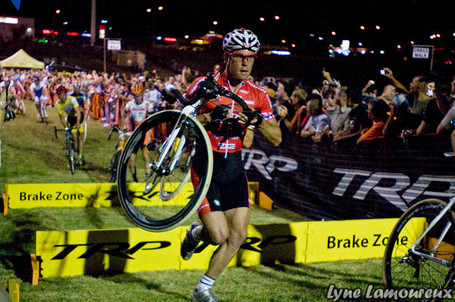 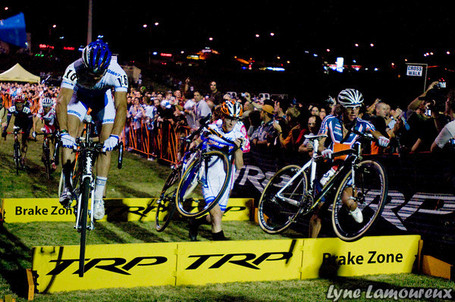 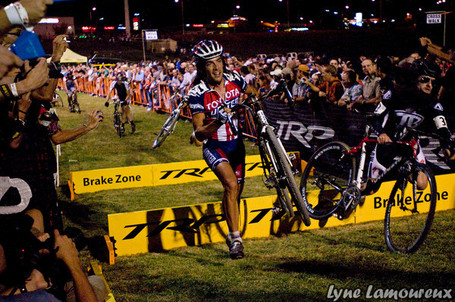 The guys at the back of the field raced hard but enjoyed the crowds, grabbing money as they went. Some even came with wigs on such as Justin England and ? 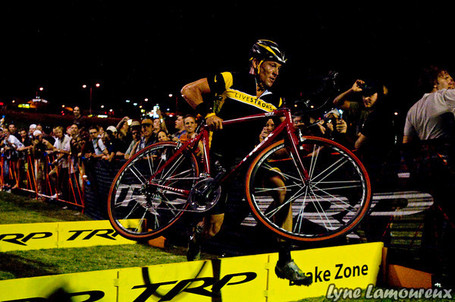 Lance Armstrong over the hurdles 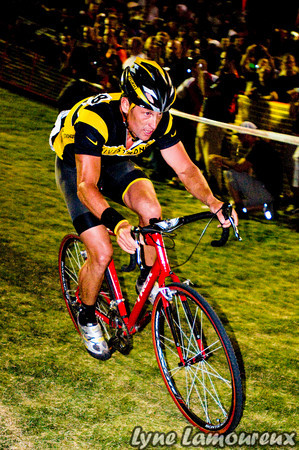 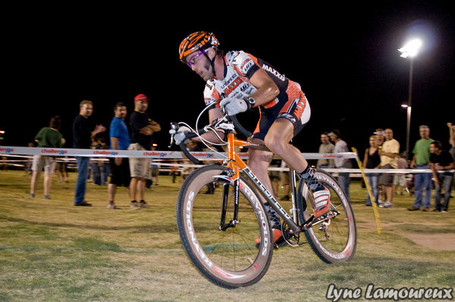 Kabush attacks with 3 laps to go but was caught and finished sixth. We asked him the following day what he though about Lance Armstrong racing and he said (with a smile): "Was he there? I never saw him." 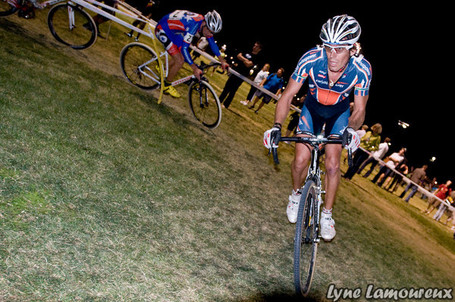 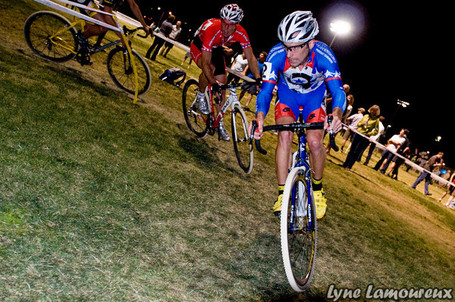 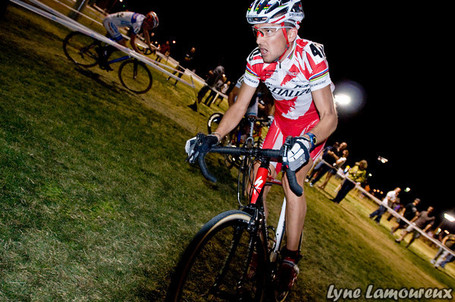 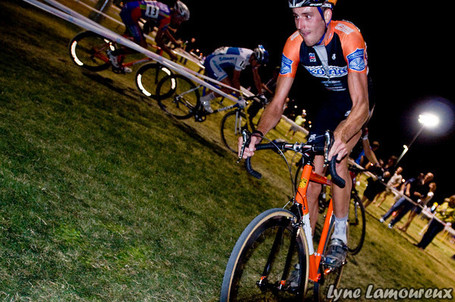