Well, after being abandoned by my acolyte (ha!) who left during the industry race, I hung around the Men's USA Crits final. The race was marred by crashes mostly on the first corner,  heck that was a crash in the first lap. The racing was aggressive and fast as only 38 points separated Toshiba‐Santo’s Yosvany Falcon over Time Pro’s Adam Myerson in the men’s overall competition.

Hilton Clarke and his two Toyota-United teammates took advantage of the cat and mouse games being played by the Toshiba-Santo and Time teams to pull out the win. Aldo Ilesic (Blacksheep) was second and Myerson finished third. 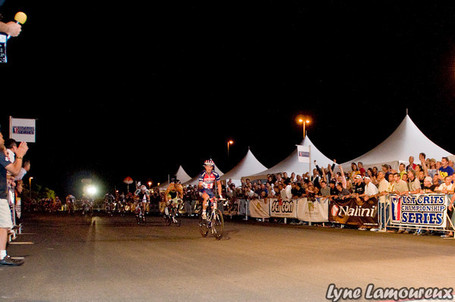 Clarke has time to celebrate his victory

"Tonight was a really sketchy course and I have the best cornerer in the business with Ivan Stevic and he just looked after me the whole race and the word of the night was composure. I just really, in the last three laps, had to keep my composure, it was just crazy out there. So just in the corners, every time, I just gave a bit of distance, I really made sure I had that last corner though, everyone else I think on every corner could outcorner me but that last corner, I kept waiting for it and I kept watching it, going through it and knowing I could do it in that last corner. " said Clarke who is also looking for a contract for next season. 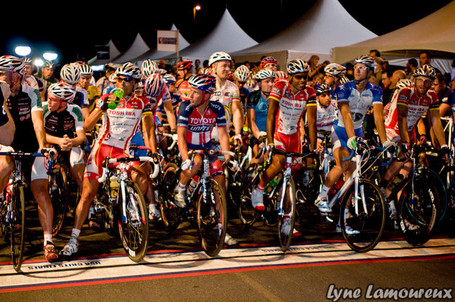 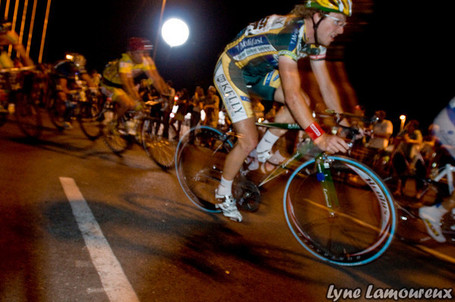 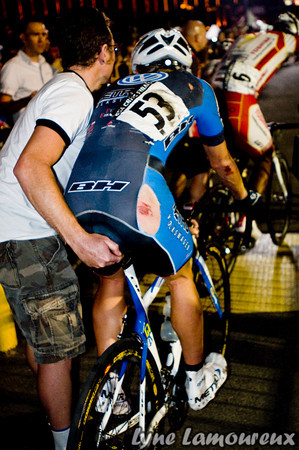 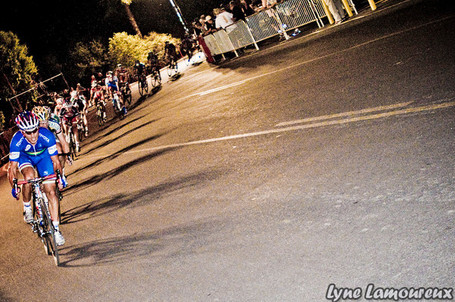 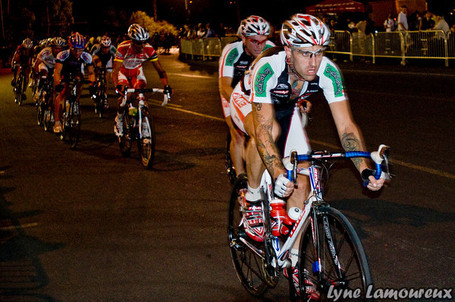 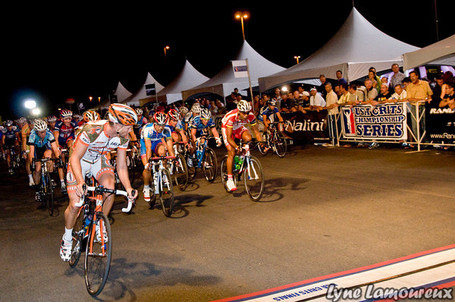 It's all about positioning in the final laps 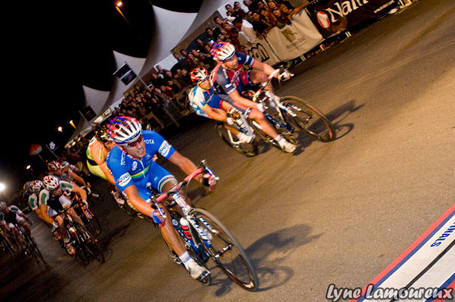 Clarke moves up to the front with one lap to go

"I'm looking for a job, I'm riding as hard as I can, I'm not finishing my season until I've got a job so it's not the best thing for US cycling but all I can do is try and win races to get myself a job." said Clarke whose Toyota-United team is folding.