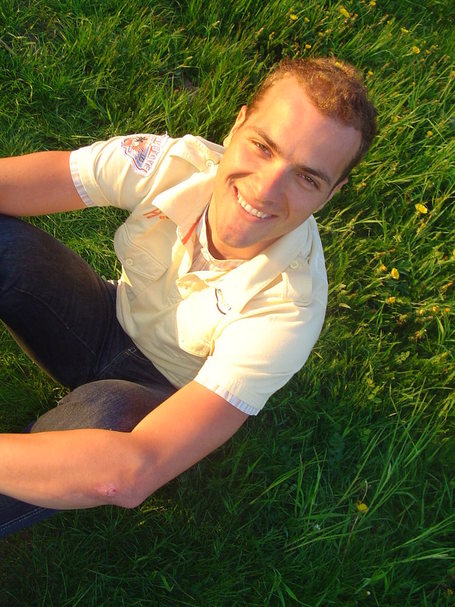 Holder of multiple Czech cross titles and current U23 Czech Road Champion Ondřej Zelinka has set some clear goals. The 20-year old wants to do well at  the 2010 Cyclocross World Championship which will be held in his hometown of Tábor where he "has an opportunity from Richard Sachs  and I want to be on start in colors of his team."

He also wants to keep on racing on the road in Europe or in the United States which both offer interesting race circuits for Zelinka. "I want to race, where I will like it, where it will suit my sport and personal side."

As for the next three to five years, Zelinka would like to race in the Amgen Tour of California and the Tour de France.

(more on the flip) 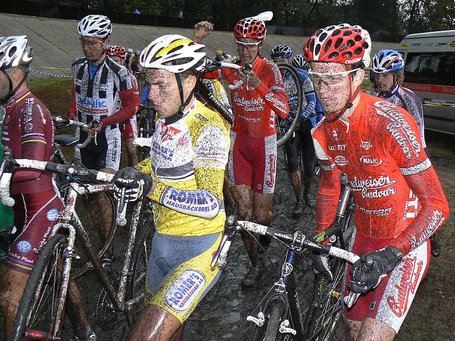 "I am native of Tábor and that is a town of cyclocross."

Tábor is located  in the South Bohemia region in the southern part of the Czech Republic. Living "about 100 meters from World Cup race course", he started cycling and racing at the  age of 12 with a local cross team CT Budvar Tabor. He moved up through the ranks, and in 2005, with a contract under his belt he raced the Superprestige Cross races all over Europe. During the following year, he raced with the Swiss team GS Schumacher and then finished off that season in the German team Atlas Romers-Hausbeckerei.

The 2008 season was a time of change for Zelinka. For the first time, he focused mainly on road racing  which marginalized his cross racing. He found that training for road took more time  as he had a full cross-training schedule that included running, swimming, trainer, gym, cross-country skiing, and hockey. 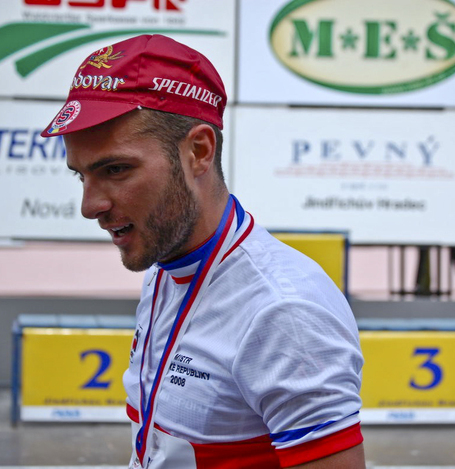 The hard work paid off. Zelinka had good results in the series of Czech National Cup races with a third place in the second race, and then he clenched the U23 Czech Road Championship title. "Road cycling was for me very good experience. I had number of uncomfortable crashes, but that belongs to cycling."

When asked what he preferred racing between cross and road, Zelinka replied that it was "50:50 at this time". The World Cross Championship is his big goal and challenge but which type of racing he will do "depends on team, money and equipment."

While cycling is a very popular sport in the Czech Republic as many practice the sport for fun, Zelinka wishes that there were "better medical support and interest from sponsors" for professional cyclists.

His strength on the road is in single day races where he can show his sprint  and is quite comfortable in fast speed situations. Climbing is his weakness  but he is working on improving this skill as his "weight goes slowly down and everything will be better, even climbing." 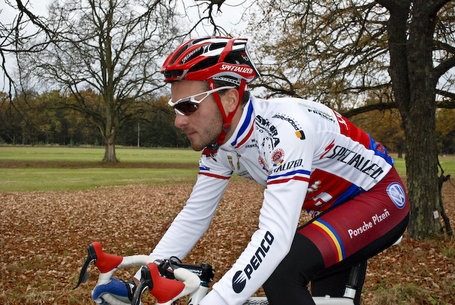 "Season 2009 will be for me cyclocross season."

Zelinka has been in negotiation with the  RGM Watches–Richard Sachs/CYBC Cyclocross Team for the next cross season.   He hopes that with this team he will get the opportunity to show his strength and skills as a cross racer as the team atmosphere is good and conducive to achieving good results. "It will be for me interesting experience. I don't want to disappoint Richard Sachs. He trusts me."

His goals for the 2009 season are simply stated but not so simple to achieve. "Win races, be Czech National Champion again, get nominated for World Championship in Tabor."

Until the new contract is settled, Zelinka  is planning to race in 2009 with AC SPARTA PRAHA Cycling  team on the road.   Also on the team are 1995 Junior World Champion Zdenek Mlynár and Richard Faltus, who participated in Tour of Missouri last year. It is important for Zelinka, to continue his road racing and training as it helps to reach his goals. And "every year, cross riders dominate in the Czech National Cup (Giant League)."

When asked if there was any road teams in  United States that he'd like to ride with, Zelinka replied that he "wants to be part of Rock Racing team mainly because of Cadillac's." [Note: the interview was conducted before the latest news on the financial difficulties of the team became public].

On the lighter side, Zelinka is a big fan of the Simpsons and "like any other I love Bart Simpson."

Don't be surprised if Ondřej  Zelinka shows up in a North American race in 2009.

All photos courtesy of Ondřej Zelinka