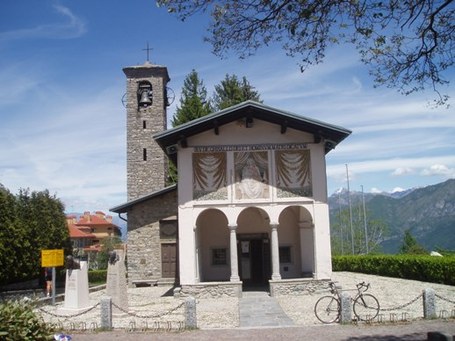 The signature climb of this weekend's Giro di Lombardia is the climb from Bellagio to the chapel of the Madonna del Ghisallo, designated by Pope Pius XII in 1949 as the patron saint of cycling.

The climb itself lacks the mythical status of the Gavia or the Stelvio, but it's a challenging and breathtakingly beautiful ride. More importantly, it is a pilgrimage, to a shrine both religious and secular, quintessentially Italian, but welcoming to cycling fans from the world over.

When I did this ride, in 2005, we started with a 30-kilometer ride around Lake Como from the town of Como to Bellagio, where the climb begins. 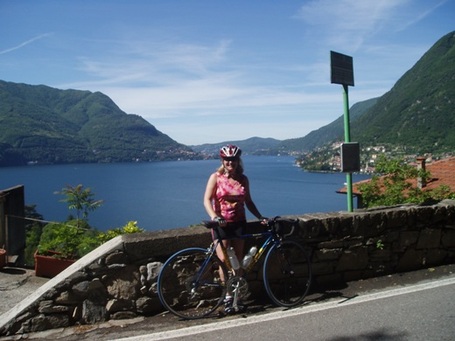 The first half of the 10-kilometer climb is very steep, with an average grade of around 9%, and short stretches of 14%. Then there are a couple of easy kilometers, with false flat and even some downhill, before the tough last two kilometers. As you navigate the switchbacks, the views of the lake are spectacular. 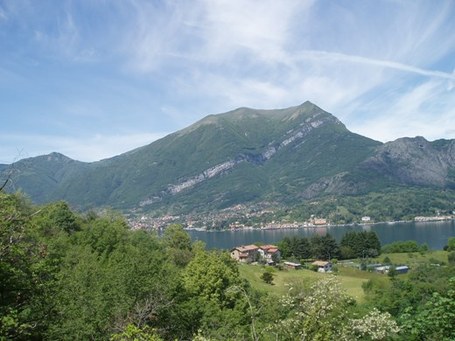 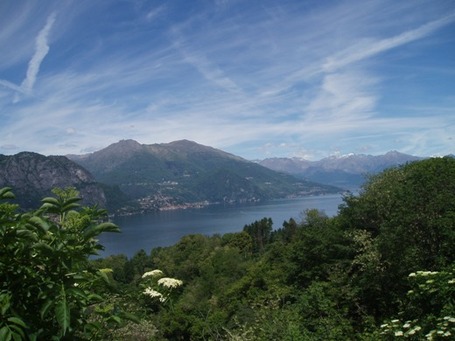 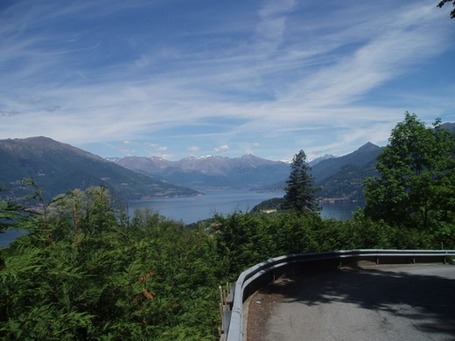 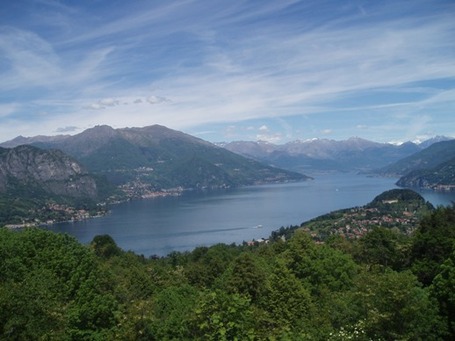 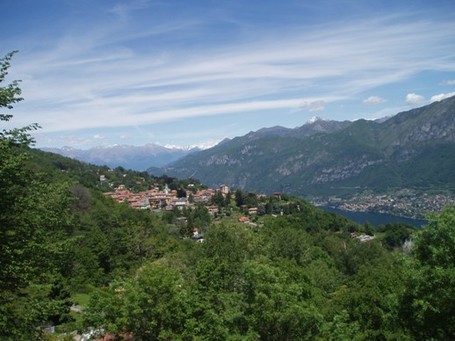 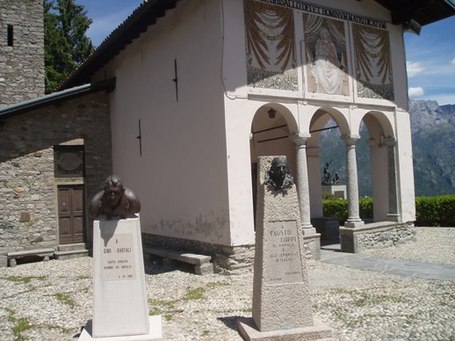 Inside the tiny chapel, the walls are lined with small, memorial portraits of cyclists of the past, and with bikes. The bikes of Coppi and Bartali, Il Campionissimo and Il Pio, occupy the favored spots on either side, closest to the altar. 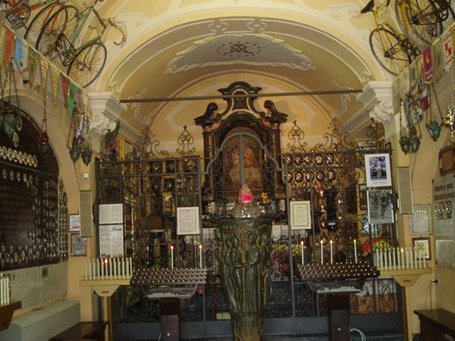 The bikes of Eddy Merckx and Fausto Coppi: 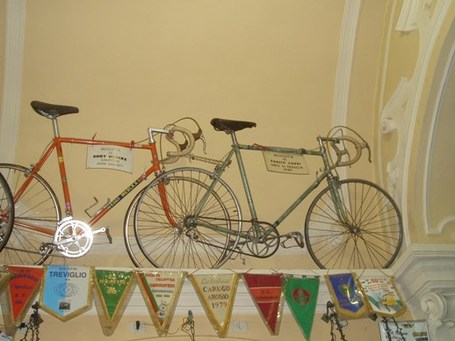 The bikes of Gino Bartali and Fiorenzo Magni: 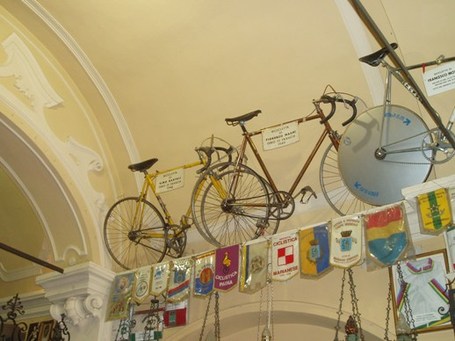 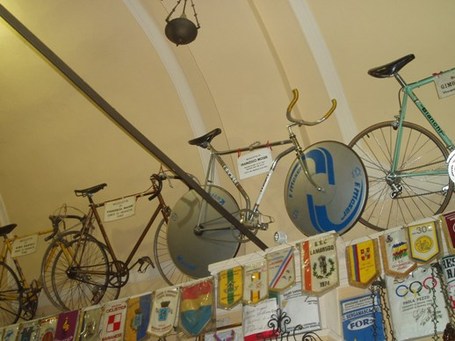 The back wall of the chapel is decorated with champions' jerseys, with the top spots reserved for the maillots jaune of -- who else? -- Coppi and Bartali. 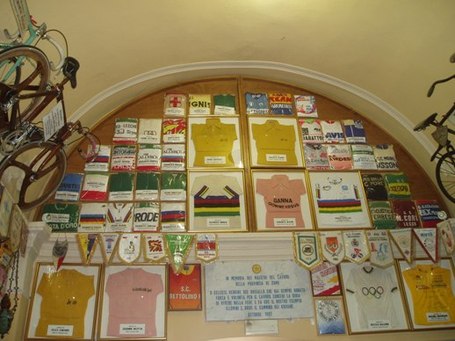