Greipel vs. Farrar: The Final Showdown!

Share All sharing options for: Greipel vs. Farrar: The Final Showdown! 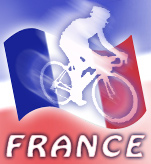 Sunday's Paris-Tours, the 103rd edition of the "Sprinters' Classic," features the final battle of the season by the world's two best sprinters not connected to the Isle of Man. Actually, the race features pretty much every top sprinter currently on form: William Bonnet, Romain Feillu, Koldo Fernandez, Yahueni Hutarovich, Tom Boonen, Allan Davis, Oscar Freire, Greg Van Avermaet, Danilo Napolitano, Gerald Ciolek, Matti Breschel, Borut Bozic, and probably a few others I'm missing. It also features Edvald Boasson Hagen, who can not only sprint but is hardman enough to handle the 252km with no ill effect, and with his impending departure to Team Sky, he just might go rogue after a big win like this.

But for now, assuming the bunch gathers on the south end of the Avenue du Grammont for the 3km-long scrum over one of the least technical finishing stretches in all of cycling, most eyes will be on Tyler Farrar and Andre Greipel. The German star of Columbia's (non-Cavendish) sprint squad ranks second overall in victories with 20, just three shy of his more decorated teammate. [Or 21, can't tell if this includes today's Paris-Bourges win.] Greipel has finished off a sprint successfully 11 times since July 1, meaning he's had a great start, middle and finish to his season, save for an injury break after his first win in Australia. I have downgraded his accomplishments just a tad for coming mostly on the end of stage race stages, and often against lesser fields (Osterreich Rundfahrt, for example). But he won four times in the Vuelta, against Boonen, Bennati, Bonnet, Bozic, and a few sprinters whose names don't begin with B, like... Farrar. So the lesser fields argument is out. And my other criticism -- that he doesn't win one-day races -- was slain today with his win in the 193km Paris-Bourges.

Farrar, meanwhile, ranks fifth in wins with eleven, including eight since July 1. After a busy spring, including his own injury break, Farrar survived the Tour (albeit chasing Cavendish around), then rattled off a string of victories in Germany and Belgium, including the Vattenfall Cyclassics. For all Greipel's success, this was the race most closely resembling Paris-Tours, and Farrar won while Greipel missed the finale... but talk about small sample sizes. Vattenfall is nowhere near as flat, so if Greipel couldn't wind it up on that course, it's hardly an indicator that he couldn't do better Sunday. I also don't recall if Greipel got delayed by the late crash there. Anyway, it's one data point. The rest of the data shows pretty much a dead heat. Which means that Sunday is their chance to make closing arguments in the case for World's Second-Best Sprinter -- a lofty title considering the Cavendish factor -- and a win by one over the other will seal the deal.

Who ya got? I can't pick against the Wenatchee Wonder. Poll attached...