From reader Ben, who was there today: 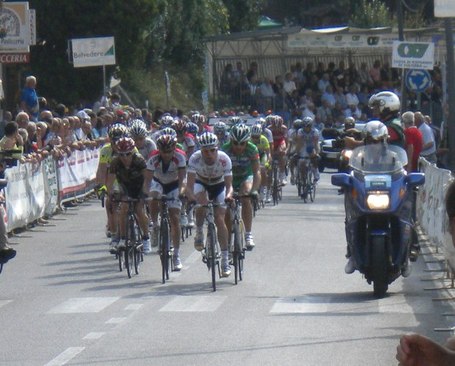 What you will see in these pictures is Cadel and Visconti's boys driving the race. Cadel was up front 90% of the times I saw him. He was a beast, and totally unselfish at the end, setting up Gilbert perfectly. At the finish Gilbert was really petering out, and Visconti was barelling toward the finish but his initial pop was so good that Visconti never really had a chance. Cadel celebrated a lot when Gilbert crossed the line. After the race Cadel made a slow ride through the crowd and the Italians loved him, everyone cheered for him. At the beginning of the race, Liquigas and Acqua & Sapone were pushing the pace of the chase group because they had no one in the break (that I could see). But once it was down to 24, it was quite uneventful until the end (I was disappointed with Barloworld for not putting anything together).

More pics on the flip. 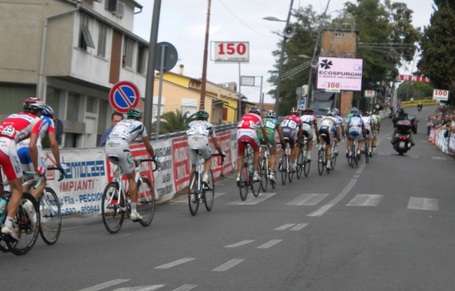 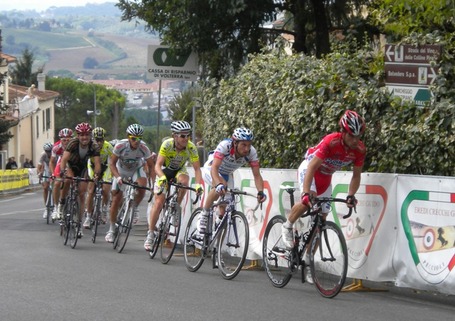 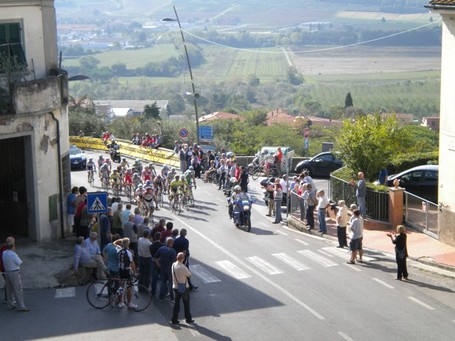 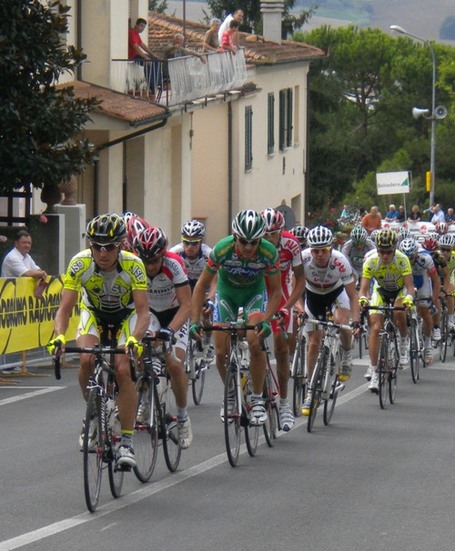 Man, those ISD kits are awful... Thanks Ben!!