For the last decade this team has been sponsored by German insurance company Nürnberger Versicherung who were also a major sponsor of the Rund um die Nürnberger Altstadt. Now they have moved on and Skyter Shipping, a Luxembourg yacht charterer has taken over. So the next time you are in Luxembourg and the floodwaters threaten to rise above the old record level then you know where to turn. 2009 was a bit of a disappointment for Nürnberger. They lost rising star Claudia Hausler to Cervelo, Regina Schleicher’s last year never seemed to take off and Amber Neben had a couple of very bad injuries, all of which left Trixi Worrack fighting for the team by herself. And fight she did, leading the CQ rankings for days raced, winning the Gracia-Orlova stage race and picking up stages and top ten places everywhere. The other bright spot, which I hope they repeat more often, was inviting journalist Enrico Muax to join them on the Giro d’Italia. If you’ve not seen his behind the scenes videos then start here. Great stuff even if you don’t understand German.

Skyter will start 2010 with a new sponsor, a new nickname, the “Speed Queens”, new kit (please don’t let it be pink), and a handful of signings that should see them level with Cervelo and Columbia-HTC in the team rankings. There will also at some point be a new team website and official photos (although for the benefit of the dirty mac brigade, they did the swimsuit photo-shoot a couple of years back – happy searching). So here’s a rundown of who I think you should watch out for on the road. 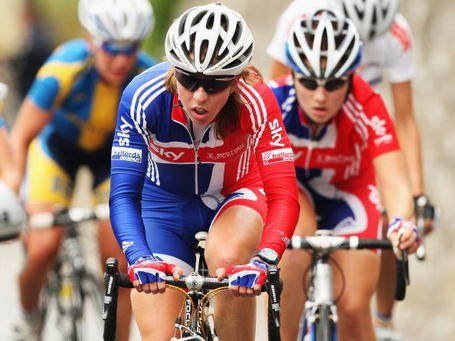 Nicole Cooke. Current Olympic champion, recently deposed World champion, ex World no. 1, UCI CDM winner, Giro d’Italia winner, Grande Boucle winner, Thüringen Rundfahrt winner, Ronde van Vlaanderen winner, Flèche Wallonne winner … Not bad going and she’s still only 26. Last year was a bit of a poor year relatively, possibly due to the problems she had in trying to set up her own team, possibly because she was just due a bad year anyway, but even so Cicloweb’s ranking still had her in the top 10. She should at the very least be able to match that performance, but how will she cope with sitting back in the pack while a strong teammate vanishes on the break. Does she have the patience, or is the “chase everything down alone” spirit going to come back at some point. 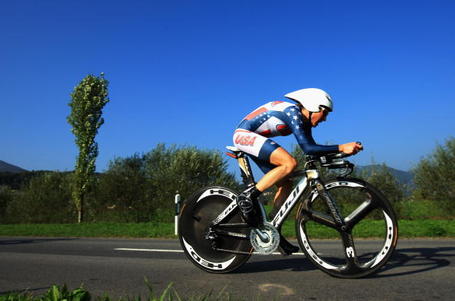 Amber Neben. The other 2008 World Champion, last year Amber was the most consistent time triallist in the peloton with victories in Redlands, Gracia-Orlova, the Tour de l'Aude and the Giro d’Italia, and had she not broken her thumb in that last race then surely the second half of the season would have been just as impressive. And if she can recover the ability to hang on in the mountains that she showed earlier in her career then there is no doubt that this two-time Tour de l’Aude winner will be back on the podium again in the major stage races.

Trixi Worrack. Won the Tour de l’Aude and Giro della Toscana back in 2004, but since then she seems to come frustratingly close far more often than she wins. For every victory there have been a dozen or so 2nd, 3rd and 4th places. 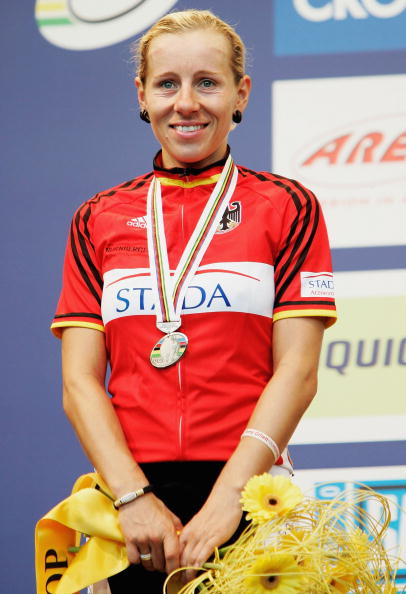 She may get a few victories this season, but I suspect that she is more likely to be playing team hare in 2010, racing into the distance and challenging the other teams to bring up Cooke and Neben. Her site has a not to be missed collection of photos from the 2008 team tresentation.

Tiffany Cromwell. Young Australian climber who is destined to become a Podium Café legend just for her achievements against our own Flatbagger. In my mind I see her lapping him again and again in a Sydney park, flying past with one foot in the air, just like Cav did to Cippollini in the Tour of Cali a couple of years back. A pretty decent climber who might be given a chance to race for herself in some of the smaller, late-season stage races if she does her domestique duties well early on. Could have been on the podium at this year’s Route de France if her Australian team hadn’t given the break a Phonak-style gap.

Charlotte Becker. A good solid team worker who will get her leader up to the front of the race and still hold on for 10th place for herself, she performs respectably in the rankings without drawing attention to herself. According to her website she is (as are Trixi Worrack and Tony Martin) a police officer, yet still raced 59 days last year. Does anyone know any more about this sporting police force? Is it similar to the Italian Fiamme Azzurre?

Jennifer Hohl. Unmissable in that simple Swiss champion’s jersey (well she was at Bigla who celebrated their Swissness – will Skyter dare to write across the flag?), she is one of the hardest workers around. Just don’t expect to find her on the podium.

Angela Hennig. A decent sprinter when she gets the chance, Angela must be hoping that she gets a few more chances next  year than she did this year when she spent most of the season supporting Marianne Vos. Life can be so frustrating when the boss both races and wins everywhere. I don’t know if the dog transferred to Skyter with her or not.

And there you have a whole Grand Tour team's worth of talent. Next year’s final new signing is Tina Liebig who returns to the team she started out on to join fellow Germans Marlen Jöhrend, Romy Kasper, Eva Lutz, Stephanie Pohl, Bianca Purath and Madeleine Sandig. They might struggle to start races, let alone make an impression.

I am really hoping that things click for this team next year because having three big teams fighting out the major races should add a lot more to the spectacle.