Share All sharing options for: Caisse d'Epargne Loaded for TdU 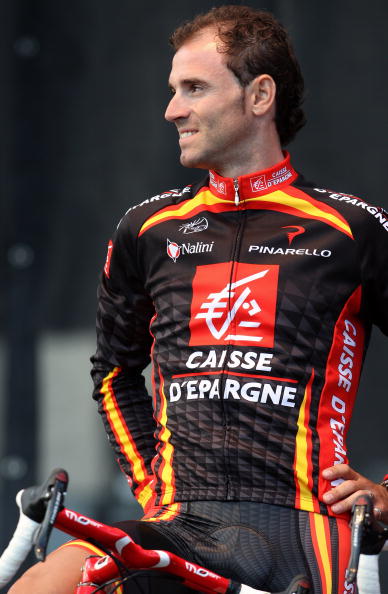 Eusebio Unzue will be loaded for victory when the Black and Reds show up in Australia at the Tour Down Under next month. The Caisse d'Epargne squad will feature World #1 Alejandro Valverde, Tour-dude-in-waiting Luis Leon Sanchez, and all-round stage racer Jose Ivan Gutierrez. OK, in all likelihood they're there for some training in the sun, but they could be interesting to watch. Gutierrez won't stand out without a time trial, so whatever. LuLu, however, is the 2005 winner and has a couple other top-ten finishes. Not a race for him? Maybe, but cyclists are like sharks: once they get a taste of blood, they don't forget it.

Valverde, meanwhile, will be the star attraction. Will he wind up his sprint for the crowd? We shall see, but stages 3 and 5 both feature climbs which could force a late selection and reduce the size of the sprinting field -- usually gold for Valverde. One odd note: the Murcian star has almost never raced outside Europe. He popped by Cancun last October for a crit. He contested the Hamilton worlds and of course the Beijing Olympics. Way back in his pre-Kelme days he raced in Turkey. And that is it. A bit weird, but there you go.