Zirbel A Sample Positive for DHEA

Share All sharing options for: Zirbel A Sample Positive for DHEA 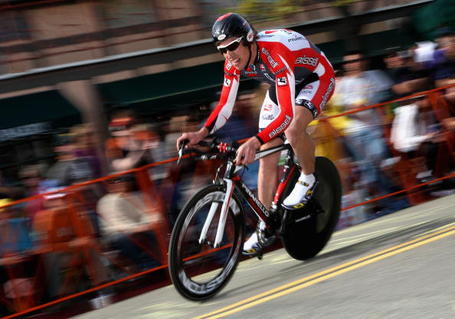 After his successes this season, Zirbel signed to ride with Garmin-Transitions for the coming season, but his absence from a recently published roster prompted questions about his status. Sunday, Zirbel released a statement in which he announced the A sample violation, and said he was waiting for the results of the B sample. He also said that while the US Pro TT was a "major objective," he would never compromise his integrity for "any bike race." He declined to speculate on how the positive test may have occured. Garmin-Transitions, meanwhile, has terminated the contract with Zirbel.

Zirbel's case marks the second doping problem for Team Bissell, who fired Kirk O'Bee in July of this year for an unspecified doping offense.