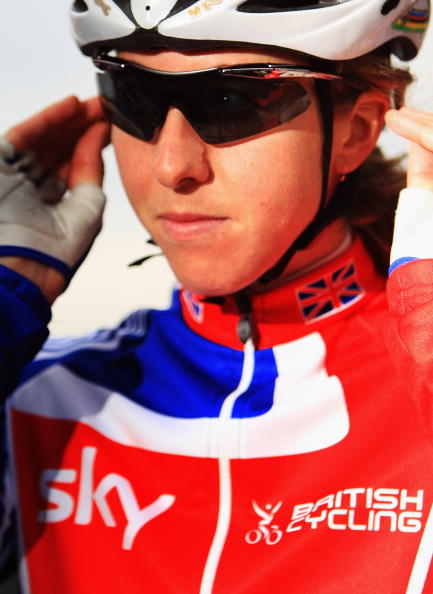 According to Rad-net.de, Skyter has withdrawn its sponsorship support from the Equipe Nürnberger, whose roster includes Nicole Cooke, Tixi Worrack, and Amber Neben. The website received an advance copy of a press release, which will become public on Saturday. The withdrawal is effective immediately, and leaves the team, which is the top women's team in Germany, without a title sponsor. The statement from Skyter cites problems with the team's financial situation, specifically a lack of reliable information about its actual financial requirements. (The German is: Grund seien "weiterhin fehlende belastbare Angaben zum tatsächlichen Finanzbedarf der Equipe Nürnberger GmbH". Thanks to Tedvdw for the assist.) In short, the team has not clearly spelled out the financial demands for the coming season to the satisfaction of the sponsor. It's unclear exactly what is missing from the team's statement, but the news clearly has come as a surprise to the team management.

The team had already begun to prepare for the coming season and has contracts with 14 riders. Team manager Jochen Dornbusch called the situation a "catastrophe" in a brief statement to Rad-net.de. Dornbusch said that a few of the riders, stars like Nicole Cooke, Trixi Worrack, and Amber Neben, could find new teams, but the others would be hard-pressed to find positions at this late date. Dornbusch was also not optimistic about the chances of securing a new sponsor, despite the team's talented roster. Asked for comment, Trixi Worrack replied with a question: "What should I say, that we are happy?" Well no, Trixi, we can't imagine that you are. Even the team kits for the coming year are already made. Too bad no one will get to wear them.

Sponsorship for womens teams is always difficult to secure, especially so long as the media coverage remains so sparse. There can be few substitutes for video coverage of the races, which nearly all of the elite mens races take for granted, but few, if any, of the womens races receive. Hopefully, the team will find a sponsor, since they have assembled a very strong roster which looked likely to set up a some serious competition for last year's dominant teams Cervélo TestTeam and Columbia-HTC. For now, though, their future remains uncertain.

Read more about the team in Exploring the Womens Peloton.