A Few More Riders Looking for a Groove

Share All sharing options for: A Few More Riders Looking for a Groove

The Big Question- Can He Focus? I hadn't planned on writing about him. He's a good rider, no doubt. Excellent and underrated hilly classics guy: good climber with a wicked finishing sprint. Get past Valverde (ahem) and Cunego and he's on the short list right behind them (Rebellin, Dekker, Pfannberger, Di Luca, both Schlecks, Rodriguez and Kirchen). Finished 7th in the Tour the last two years too. Totally deserves his 18 point VDS price.

Then I read the little blurb about him in toady's Cycling News. He talks about the races he wants to compete in this year: California, Murcia, Tirreno-Adriatico, Milan-San Remo, maybe Criterium International, then either Flanders or Pais Vasco, the three Ardennes (Amstel, Fleche, Liege-Bastogne-Liege), Henninger Turn, Suisse (or the Dauphine), then the Tour.

This is basically what he did last year (he did have the Olympics and Britain last year) and obviously he did well on this schedule. Now as you may know I like to see rider schedules laid out. See if they are realistic or not but also to see what the shape of their schedule is, if they are changing things and for what purpose. After a career when he modified things from year to year (cobbles, Catalunya, and Poland in 07, Paris-Nice, Bartali, and other things in 05, etc) at age 30 he's content in this groove and who are we to complain? Oh hell we're internet nuts: we have to complain! The only thing I'd like him to do is, after the Tour, he'd rest until the Worlds then go to Italy and Lombardia. He'd do well at those races.

Worst case for 2009- Uhhh- he does what he did last year? Frank Schleck's possible OP blood is Kirchen's?

Likely outcome- 2008 part deux. A very safe pick for your VDS team in my opinion.

The Big Question- Will a return to old habits (his old schedule) be good for him? Last year Sam San did a Valverde (wait... that didn't sound right): he listened to the Tour's siren call. It turned him inside out. He changed his schedule almost completely from what served him so well the past two years- and paid for it. But this year he's going back to his old schedule, which he hopes is the wise thing to do: Paris-Nice, Pais Vasco, the Ardennes trio, Catalunya, San Sebastian, the Vuelta, Worlds, and Giro di Lombardia. So can he go back? Did a year of changing his old habits mess him up. Is it possible to go home?

As an aside it hits me that Samu here is like a twin to Kim Kirchen. Pretty much the same skill set. And with that they rarely meet in a race: the Ardennes in fact. Kirchen strongly front loads his schedule, finishing almost all of his year's racing by the end of the Tour. Samu does not quite close to the opposite, only doing a few races before the Tour.

Worst case for 2009- Hmm. Like Kirchen I think Sanchez is a rock solid rider as long as he stays within himself. Going back to the old schedule should return him to more success than he had last year.

More on the flip

The Big Question- Are they still competitive in their speciality and can they do anything else? I wonder if anyone has thought of building a VDS team of chronomen. The team should be lead by Cancellara but the core of it would include these guys. A bunch of six and 4 pointers who, if on their game, could score quite well. I don't have time right now to do the Chrono team so... any help?

Now let's take Zabriskie. Take a look at the time trials he'll probably be in, all races that he could be in the top 10: California (Solvang), Tirreno-Adriatico, Criterium International, Giro: TTT, Stage 12 and stage 21, Dauphine: prologue and a stage, Tour: prologue, TTT, stage 18, US Championships ITT, Worlds TT. So how many VDS points could you see hauling in with these races and stages? I get 350 and I don't have him winning any of them- and not scoring in three at random. 365 points is a decent return on 6 points spent and I was being fairly conservative.

That's Zabs and he's the only 6 pointer in cost. Honchar (yeah, yeah) is just two points; the others, four. Then you have some lesser chrono guys, one pointers who I haven't listed who could not only score in the odd ITT but also are odds on to win their National time trial and the 100 VDS points that go with the victory. (You'll have to find those guys on your own.)

I'm not gonna do a best and worst case scenario here. I thought I'd just put a spotlight on these guys. They have value. 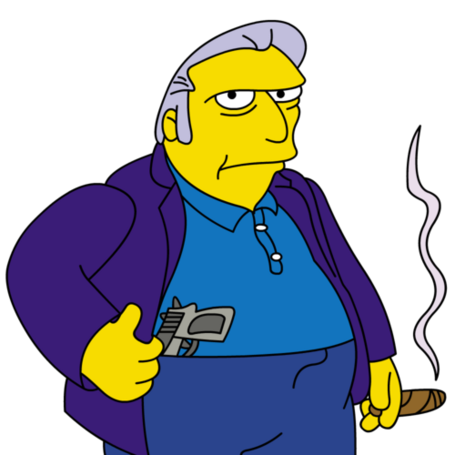 The Big Question- Can he be a leader? I look at Katusha's lineup and I see a bunch of interesting riders. There's Pozzato of course, McEwen, Steegmans, and Dehaes, Pfannberger for the hilly classics (and don't forget Ivanov who's money at AGR), and so on. But then I try to see how they are going to compete in the Grand Tours. The first name that catches one's eye is Vlad Karpets, he of that beautiful, free flowing, manly, oooohhhh, hair. Vlad's an interesting guy alright but between his absolutely awful and inexplicable 2008 and the fact that while he's raced a bunch of Grand Tours in his career, his only top 10 finishes were two 7th places ('07 Vuelta, '05 Giro) and an 8th ('06 Vuelta) I'm thinking the leadership role at the Grand Tours is wide open. No Vlad's not the guy to carry the Russian torch.

Obviously Menchov is the guy and somehow it just makes sense that he'd stay with Rabobank, doesn't it? Scratch him.

How about Alexander Botcharov, recently of Credit Agricole. Nice little rider but not memorable. So what is this Pro Tour gonna do? Answer: Fat Toni Colom, most recently of Astana. This may sound blasphemous to some here but there's a similarity between Colom's career and Vandevelde's. Both were good domestiques never given a chance to ride on their own. Vandevelde changed teams last year to Garmin and we saw him use his skills to great effect at the Tour. Could Colom do a Vandevelde this year?

Here's what I remember of Colom last year. The Giro. Next to the last stage. The Gavia and Mortirolo. On Astana, Kloden was sick and soon abandons. They need someone to help Contador nurse his four second lead. Colom's the guy. After the first successful breakaway occurs, Colom joins the second break, catches up to the first break just after cresting the Gavia, and eventually is all by himself over the Mortirolo, waiting for Contador's group to catch up. In many ways his position up front took away most of the suspense of the day as it ensured that Contador wouldn't be isolated. That's exactly what you want in a domestique.

That stage proves that Colom can climb. But can he do it on a regular basis? That remains to be seen. That why They do the Races! Can he chrono? His history shows he can bust out a good time trial but its hard to say if he can do that under the pressure of leadership.

Best case for 2009- He's this year's Vandevelde. He doesn't necessarily win but does well- top 10 in a Grand Tour and/or competes for the climbing jersey, and produces some solid results in a couple one week stage races.

Worst case for 2009- Does zip. Nothing. CONI nails him. Whatever- he scores a big fat goose egg. In other news, Botchorov, for reasons that he can't explain, realizes that he hates the name "Ursula".

Likely outcome- I think he does something; there's some quality there. I'm not predicting Revelation Of The Year here but he's worth keeping our eye on. He did just win Mallorca though he did that once before.