Sunday night. Got my popcorn. Got my nutritional yeast on it. Got my Full Sail ale. Might need a couple Full Sail's because how does one balance Brabant Arrow results with Castilla y Leon? Milan-Sanremo with Criterium International? E3 with Coppi and Bartali and DDV? Enough dithering. Here's the last poll and below the numbers in parentheses is the ranking from PP #2. On to the Poll!

[Chris here...] Don't confuse this with the Cobbles Poll; Ursula's polling all teams on the entire season.

Before writing this I fully expected to keep Quickstep first. So why the change? As strong as Quickstep is on the cobbles, even with Chavanel's nice showing at Paris-Nice, they haven't won a big race. They have wins at K-B-K, DDV, Qatar, and TDU along with a 2nd at E3, a 4th at MSR, 3rd at Paris-Nice, etc. etc. etc. Many top 10's. If you count up the VDS points, they have more (1908) than anyone. I can understand if someone else puts them #1.

In contrast, Columbia has by far the biggest win this year -MSR. Including all their stage wins they have more 1sts than Quickstep and are a close second in VDS points with 1865. They earned those points from 15 different riders (QS has nine riders earning their points.) Finally, Columbia's climby team (Lovkvist, Rogers, Siutsou) is better than QS even with Kirchen injured.

Still, it's close and if Quickstep had won one any of the bigger races of the year thus far they would still be #1. But MSR went to Columbia. E3, Katusha. Het Nieuwsblad is Cervelo's. Paris-Nice is Caisse d'Epargne's. KBK, DDV, Qatar, and TDU are lesser races. Quickstep needs a big win. I understand that there are some big wins available in the next couple of weeks.

On the flip are the other teams.

The top two teams are a cut above the next three who are also of a tight group:

Their 2-3 finish at MSR keep them ahead of the next two teams. But I do wonder if that race might be their high point of the year. Haussler's being treated like a ping pong ball at the hands of Quickstep at DDV was not good. Florencio's finish at Brabant Arrow was meh. The team has Thor but needs Hammond, Klier, Hunt, etc. to be more supportive at the end of the races. Maybe they are saving those guys a bit and hopefully they'll prove me wrong. I can;t imagine them not being present and active at the front of the remaining cobbles races, but can will they podium is a question for me now. Otherwise Sastre is an unsurprising no show. Expect him to be seen in May.

The one-two at Castilla y Leon was joined by an unexpected 3rd at E3 and 9th at MSR to nudge them ahead of Rabobank.  Looking ahead, yes, they'll do well at Pais Vasco, but I am most interested to see them in the rest of the cobbles races. They got some strong riders (Vaitkus, Bazayev, Iglinsky, Rast) and could be a dark horse team. A win would be a shock but a podium...

Good showing at Castilla y Leon: Clement 4th, Menchov 5th, Ten Dam 11th. Their stage racing team, even without incorporating Gesink yet looks like it works well together. Interesting how they've developed now boy Clement, who appears to me to be making a jump in ability in his climbing skills. Climby + chrono = success in stage races and he could become a real factor in another year or two. But where's Bobo Gesink? Rabo's plans for him is basically to take over the Thomas Dekker Memorial Ardennes Chair and he's being groomed for just that. Pais Vasco always includes lots of very steep medium-length climbs so maybe we'll start to se him there.

Back to the rankings though. I dropped them below Cervelo and Astana because their only win lately- Graeme "Heckuva Job" Brown at Nokere Koerse- was a lesser race and they have been noticeably quieter as a team since the cobbles races resumed after MSR. They too need a (bigger) win on the cobbles and time is getting short. Posthuma's defending his D d Panne title this week.

Below Rabobank is another big gap leads us to...

Jens! defending his Criterium International crown had to be a morale boost for a team that's so used to winning races until this year and that win pushes them up the rankings.  Weather they can hold, gain, or lose in the next two weeks is way up in the air. Cancellara is theoretically back for Flanders where he'll join a lonely Karsten Kroon. Meanwhile Saxo is fielding what looks like their Ardennes team at Pais Vasco- but will it compete for the win or just use it for yet more training?

Pippo's E3 win earns them this spot, along with Unibrow's (Napolitano) stage win at the dead Italian racers stage race (Coppi e Bartali)- his 3rd win of the year. The team has seen signs of life from McEwen and Dehaes but zip from Steegmans, who should be a Pozzato's main cobbles ally but who now has sciatica (pain in lower back radiating down the leg). Colom will lead their A-team in stage races at Pais Vasco, his first race since Paris-Nice.

Surprise! Yeah I didn't expect to see the blue cows here either but they keep getting results, if not outright wins. Even without Ciolek, they've been getting decent showings from Wegmann, Knees, Gerdemann, Peter Velits, and Terpstra. And looking ahead at the startlists in both Belgium and the Basque country, one can imagine them being competitive at both places. Ciolek's back. Wegmann is defending his crown at Big Mig (he's won it twice) and the Pais Vasco squad looks decent.

And the Valverde/CONI cage match goes on. CONI is now a couple of weeks late in it's promise to deliver a verdict on Valverde. What could be holding them up? Dunno but meanwhile Valverde decided to race to two stage wins at Castilla y Leon and will race again at Big Mig- but not Pais Vasco where Lulu Sanchez gets the captaincy. All is very quiet on the Cobbles front for this team.

Geslin's Brabant Arrow win keeps them in 10th and #1 in France. Probably won't hold this place but they do have a decent team of stage hunters that will keep them in the news for the year.

This fall in the rankings (4th to 11th) is not quite as far as it seems as teams 6-14 are all fairly close to one another. They drop because the main race they were in, Coppi e Bartali, they did little. This week finds this team concentrating on the Settimana Ciclistica Lombardia where they, LPR, Barloworld, Ceramica, ISD, and Tinkoff Katusha are all bringing serious squads in this Ardennes practice.

Danny Pate- 3rd in Criterium International: nice! Dave Zabriskie- 3rd in Castilla y Leon: also nice! I see Farrar on the Flanders startlist. Could he be ready by then?

Meh. Nothing much since the last poll. Got their fast team at de Panne this week, including this guy: 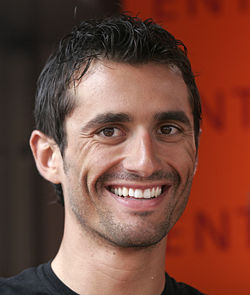 Happy Puppy shows signs of life! He'll get more chances with a heavy Basque dance card. Meanwhile can Spilak salvage some pride by himself at the Cobbles?

Hmm. So this year has gotten past the first races and now we are seeing some patterns in the teams. Specifically I am looking to see if riders who changed teams have gotten better or worse. Haussler has certainly benefited from new management and in general Cervelo looks like a well-managed team, one of the best in fact. Stef Clement seems to be benefiting from a move to Rabobank and as I've said I like Rabobank's stage management so far. Milram in general seems stronger. Katusha seems like a fairly well managed team though the jury is still out.

On the down side is *Lotto, particularly their cobbles team. Biggest disappointment of the year.

Aitor Galdos. Never heard of him. 7th at MSR. He and Klodo Fernandez will be their Flanders leaders. Meanwhile Samu scored a first in his return from injury at something called GP Llodio yesterday. Basque week is coming up which is kinda big for them.

From here on out:

You have been warned.

Quiet. They'll be at Lombardia this week but I don;t expect much from them until May.

No Ardennes. What will they do? Giro.

Enrico Rossi. Almost 27. 8th at MSR. 7th, 8th, and 3rd at the first three stages at Tirreno-Adriatico. 2nd at GP dell'Insubria. 3rd at Trofeo Laigueglia. Kid's a factor in Italian sprints. Why don't you have him on your VDS squad?

So far the best Iberian-based Continental team. Interestingly they won;t be at the three Basque races.

Visconti's showing some life. Not sure about the rest of 'em. 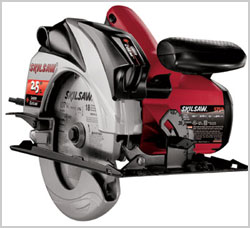 Voeckler's still hurt so Trophy Mom has to carry the load. No, that's not a good thing.

So.. kinda obvious that there's not much from here on down, right?

They'll be in Spain and Italy this week.

Midway through their Tour of the Iberian Peninsula. They've done Castilla y Leon and GP Llodio.  Next stop Volta ao Alentejo. I wonder  what Hamilton, Mancebo, Pena, etc. think of this? No, they aren't invited to Basque week.

I'm hoping that this bottom of the peloton ranking will light something under Soler and/or Hunter. They really need a good result this week in Lombardy.