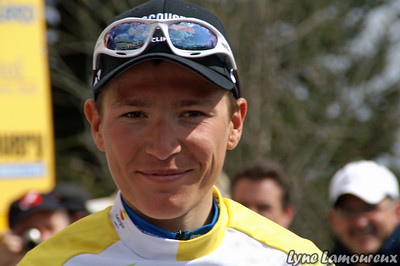 In his Back Pocket Preview of the Astana Team, Chris said: "Brajkovic, meanwhile, is perhaps just coming into his own: 26 years old, coming off his best season with a late-season peak that got him second at Lombardia, arguably the best result of his career. His early glory at the Vuelta, when he briefly took the lead in 2006, got him pegged as a grand tour rider, and his improvement against the watch speaks well of his future in stage racing. But on this team, he can afford to pick his spots. He's got to be gunning for September and October again, if he can excel at Lombardia he'll love Mendrisio."


Earlier this year, I had a chance to grab a few minutes with Jani Brajkovic  who kindly answered my questions while fighting a serious case of jetlag.

Go back to 2008, what happened at the beginning of the season?
I had really bad health problems, one after another and then I lost some motivation, just one thing and another, I just I don't know. The second part was really good, I started to feel really good in August and then it just went better, better and better. I was supposed to do the Olympics in August but … basically I got flicked, I just went to other races and that worked out really well.

Wait... there's more on the flip

How did get recover last year?
I don't know, I just did some tests at the clinics and they said it was general fatigue, overtraining so I had some rest  and then I started over again and I just motivated myself 'oh you have to do something' in one month, I started to feel really good and it went better and better.

You were eighth at World Time Trial Championships and second at Lombardia. Which one was the best result for you last year?
For sure, Lombardia, I'm not a one-day specialist, the route profile is not really what I like. I really like long climbs, steady climbs and Lombardy has short climbs but it's a long race which suits me. I was really surprised to do that well and I think Lombardia is special.

After the World Championships, I said this is the race that I want to do well. I want to go on the podium and that was the goal. Before a race, I never say that I'm going to be on the podium but for that race, they asked me what is the thing that is going to make you happy about it. And I said podium, anything else would be disaster. And it happened. 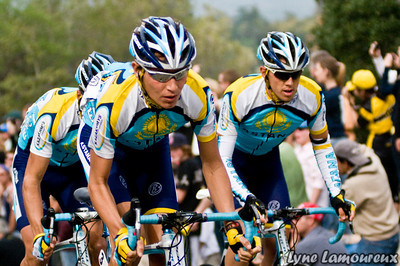 For this year, did you change your training so you won't have the same problems as last year?
Oh yes, during the winter time, honestly I haven't been training so much. At this point, I'm feeling a lot better and I'm also a lot fresher. I'm not saying that I'm really strong now but I don't want to be super-strong at this point of the year because my goal is the Giro. I am feeling really good, really motivated, fresh so that's good.

What do you want to accomplish this year?
I want to perform really well over the whole season, maybe finish one of two Pro Tour races in Top  3.

So the goal is top 3?
Oh yeah, oh yeah.  I've been tenth so many times, ninth and seventh, I was third in Tour of Germany last year. Podium is the objective.