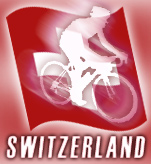 Switzerland's second-biggest race of the calendar starts today in Lausanne, and it promises six days and a good 31 flavors of pro cycling. Seriously, if there were a harder race to handicap out there, I'm not sure what it is. To wit:

* The race is usually characterized by a mix of alpine climbs and time trialing, but this year's climbs, while the race is awash in them, tend to peak out quite far from the line.

* The time trial portion is a team chrono, not an individual one, save for today's 3.1km prologue.

In other words, the two most decisive elements of the race have been altered in a way that doesn't set up the predictable favorites well at all. On the flip, let's run through the big names and how the race organizers haven't done them any favors.

First, a quick explanation of the course. It's strange from every angle, starting with the reverse-orientation of the usual Geneva-Lausanne course:

Prologue: 3.1km, nothing unusual, which means Fabian Cancellara has already won the race.

Stage 1: Steady climb, then a drop, then the Jaunpass, the second-highest point of the entire race, and a Cat-1 ascent. I can't find much data on the climb, but it's over 500 vertical meters... and it's 72km from the line.

Stage 2: One for the sprinters.

Stage 4: The queen stage? Three cat-1s and a cat-2. It looks like the finish is on an incline, so the battle for the stage should be entertaining.

Stage 5: Features the highest point, the Col de Marchairuz, followed by a long descent and a flat 30km parade along Lake Geneva.

So where is this race won? The climbs are middlin and the largest of them are both far from the line. The prologue is the only ITT, and the TTT is a complete wildcard... but a tad short for big time gaps. We may not be able to say who will win, or where, but we can say one thing: the gaps will be minuscule.

Fabian Cancellara is a near-certainty to take the leader's jersey tomorrow, and if he can survive Wednesday's romp, he will leave his mark on this stage. Cancellara is the undisputed the hero of Swiss cycling, winning more big races in the White Cross than in Riis Cycling colors. He hasn't raced in Romandie since 2003, so it's odd that he finally shows up at an edition that doesn't reward the chronomen. He will nevertheless benefit from the TTT, and everyone will be urging him to leave his stamp on the race somewhere.

Cadel Evans, a former winner here, is in attendance and on form, but his trademark ITT will get shelved for an event that leaves him at the mercy of his teammates. And we all know how that usually works out. Cadel has scant few chronos par equipe in his history, and a team that features only Seb Lang for chrono studs. The climbs should be to his liking, however, nothing hard enough for the climbers to drop him. Probably the favorite.

Roman Kreuziger was second last year and held his own in various stages, but Liquigas could easily lose the race for him in the TTT. Same goes for Denis Menchov. Not quite the same for Alejandro Valverde, whose mates might be able to string together a nice TTT. Astana could probably kill the TTT, except they've chosen this week to pretend they're a Swiss team and rally around good-not-great Steve Morabito. Columbia and Garmin are both good TTT squads, bit Garmin's first team isn't here, and Columbia's success would put Tony Martin or Marco Pinotti in charge.

Somebody will make the race, but at this point you could pick any of about 30 guys. Should be fun!