Bennati to Ride the Ronde

Share All sharing options for: Bennati to Ride the Ronde 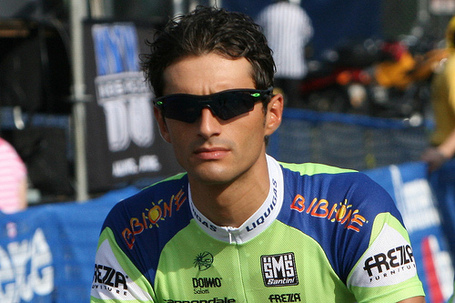 In a press release today, Team Liquigas has announced that Daniele Bennati will ride the Ronde van Vlaanderen.

The Italian sprinter crashed at Tirreno-Adriatico, and has struggled with pain and inflammation in his hip flexors since then. During the finale of Milano-Sanremo, the symptoms worsened and he subsequently took three days completely off the bike. According to the team, in his final training before departing for Belgium, the situation seemed considerably better, and Bennati rode the Driedaagse de Panne without incident. Liquigas Stefano Zanatta commented, "Daniele absolutely did not want to miss it, and in accordance with the medical staff, I have decided to accede to his wishes."

The Green Team will also start Willems (who won the overall at the Driedaagse), Quinziato, Franzoi, Fischer, and Kuchynski on Sunday.