Giro d'Italia, On the Scene at Stage Four

Share All sharing options for: Giro d'Italia, On the Scene at Stage Four 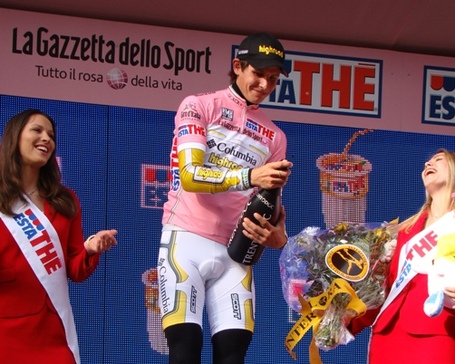 It was mayhem at the finish of today's stage in San Martino di Castrozza, but I managed to get a few pictures just after the finish, and I nabbed a front-row seat at the press conference.

Michael Rogers was furious after crossing the line.  When he reached the Columbia soigneurs, he threw his helmet and sunglasses on the ground and said, "Fuck!"  Then I heard him say something about having crashed.  I didn't see the end of the race on tv, so I'm not sure what happened with him, but it apparently was not good. 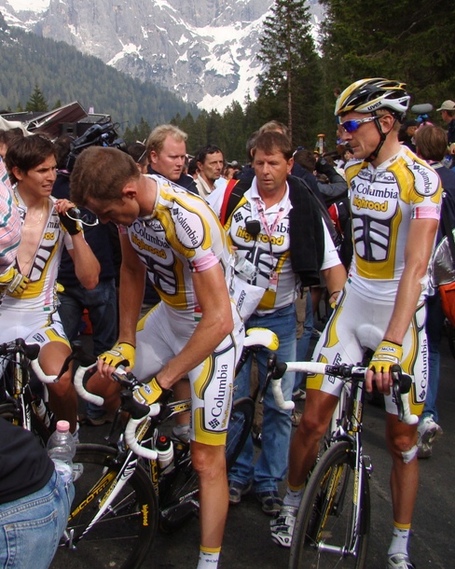 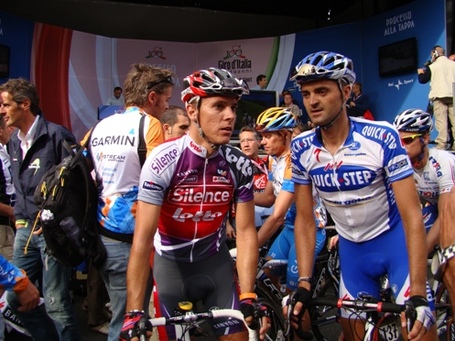 PIppo grabbed a drink before heading out. 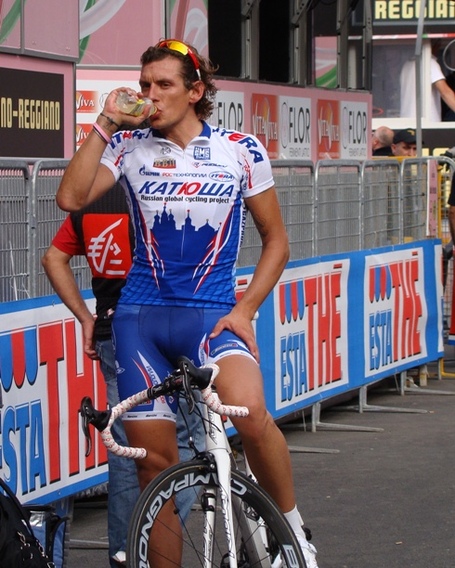 This stage made Tony very thirsty. 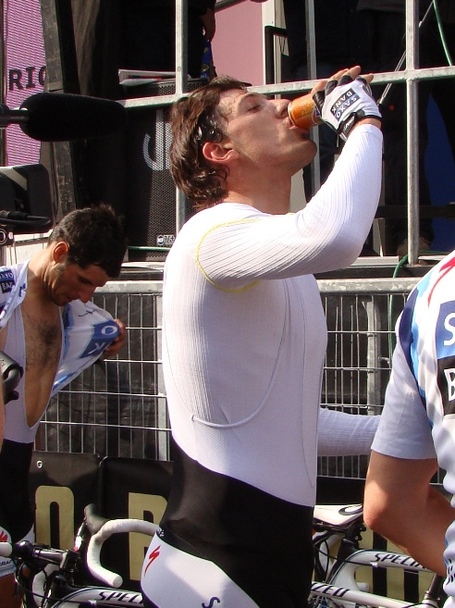 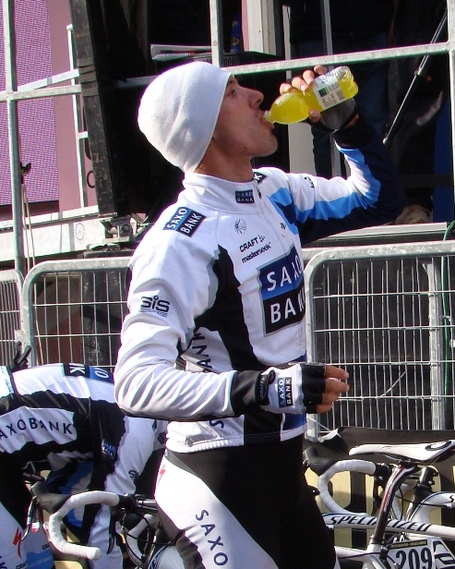 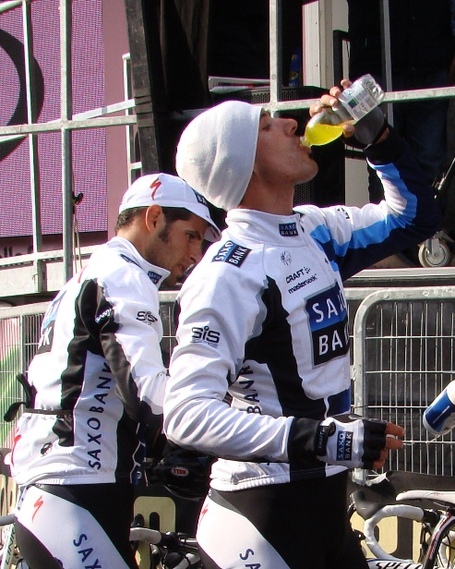 Di Luca acknowledges the cheers of the crowd as he comes onto the podium stage. 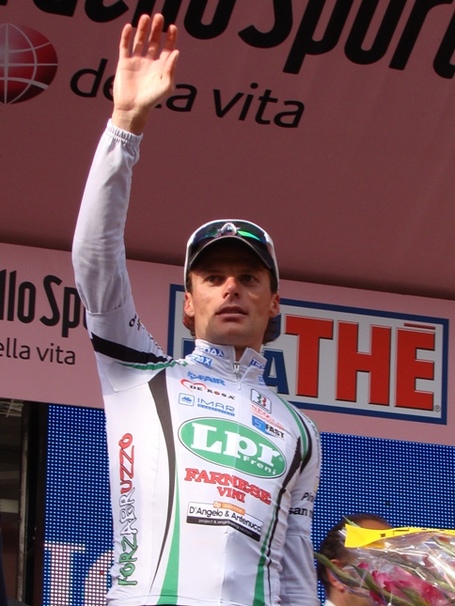 then accepts the champagne 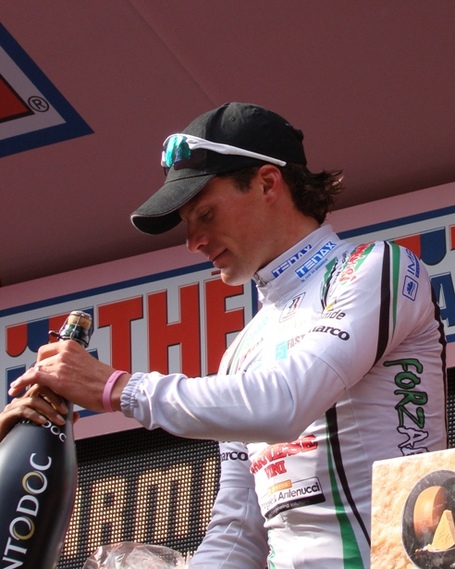 Lovkvist waves to the crowd 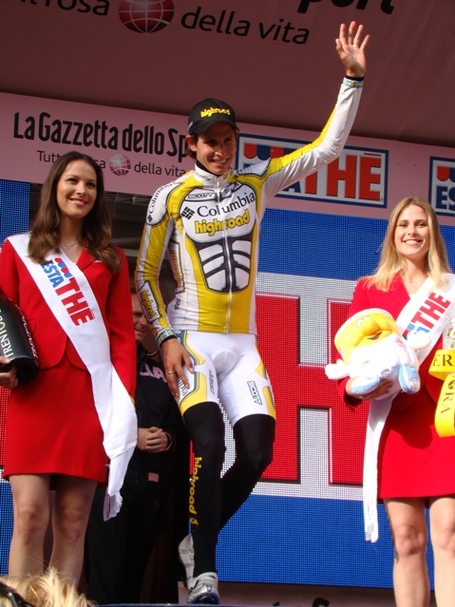 Here are some shots from the press conference 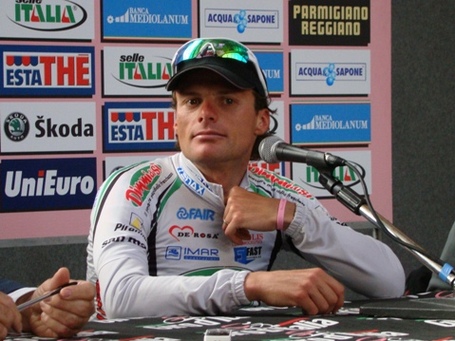 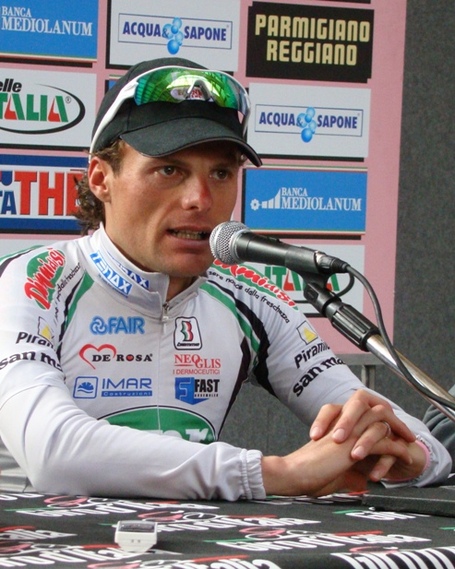 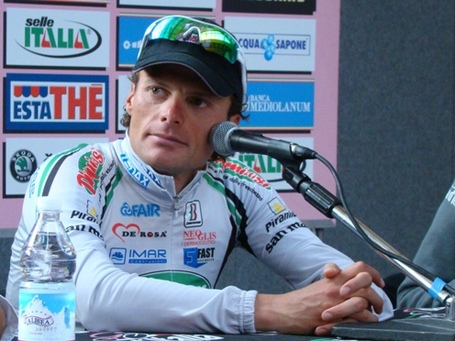 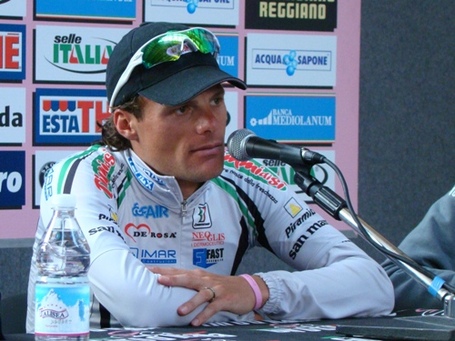 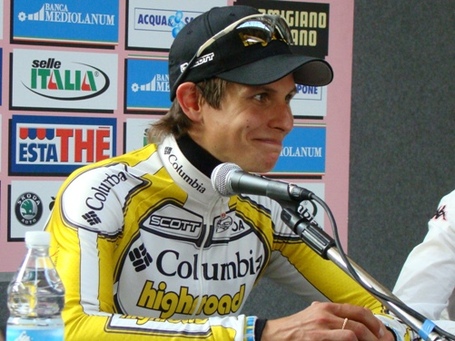