Che Polemica! On the Scene at Stage Nine of the Giro

Share All sharing options for: Che Polemica! On the Scene at Stage Nine of the Giro 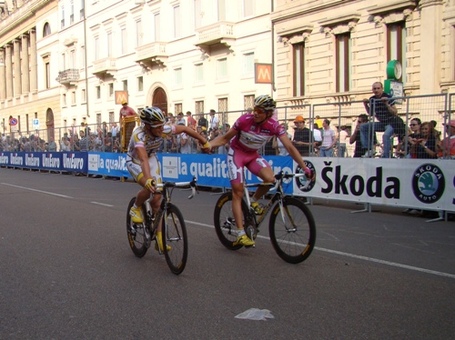 I didn't get a lot of pictures at the Milano show, but this is my favorite, Renshaw and Boasson Hagen celebrating just after crossing the line.  The stage headquarters was far from the finish area, so I skipped the podium ceremony to be sure I made it to the press conference, and I'm glad I did. 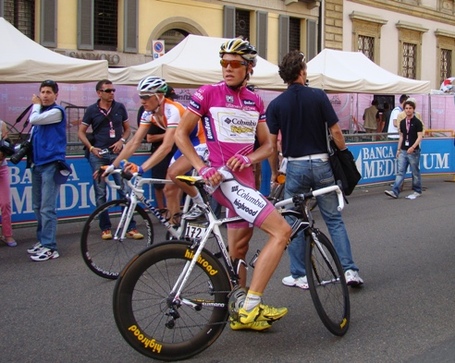 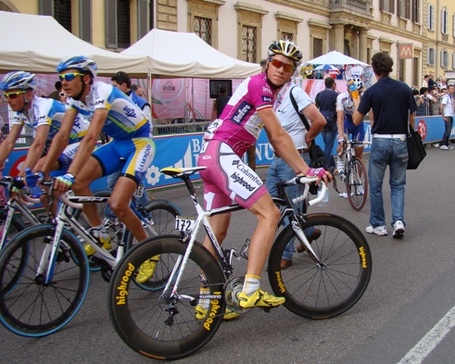 The latest entry in my "Pippo Rehydrates" series: 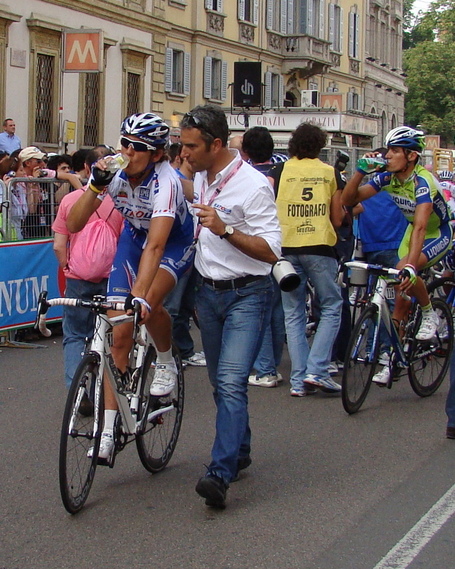 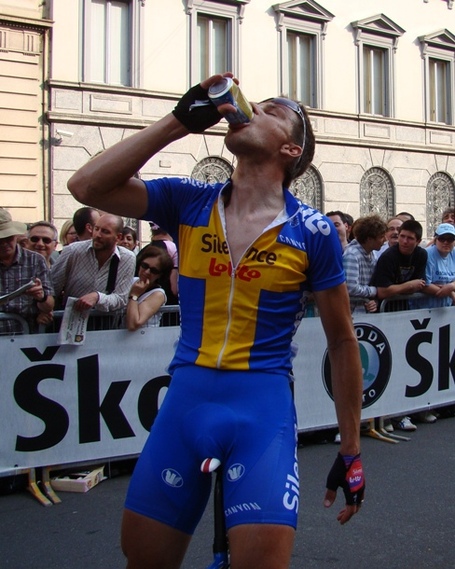 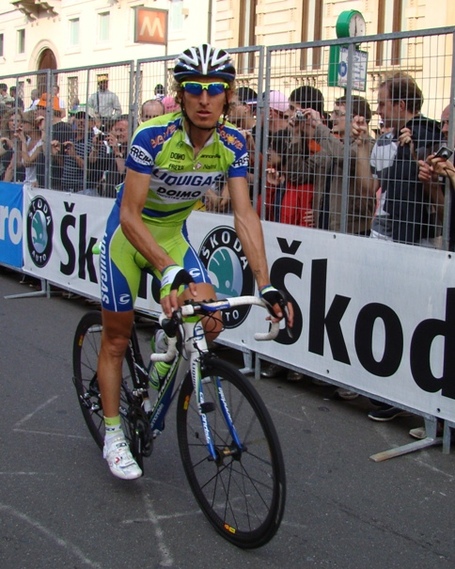 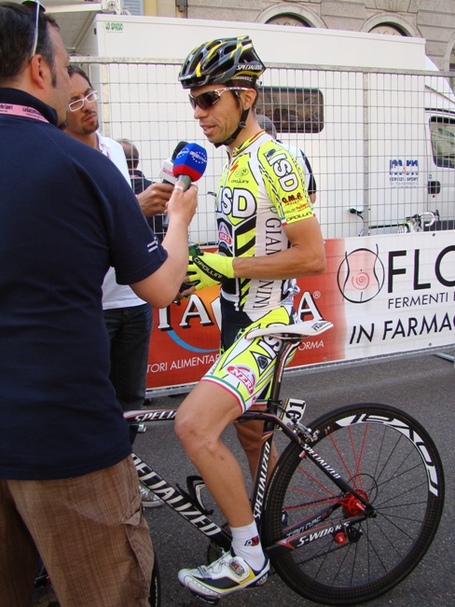 Cavendish waits while one of his answers is translated into Italian 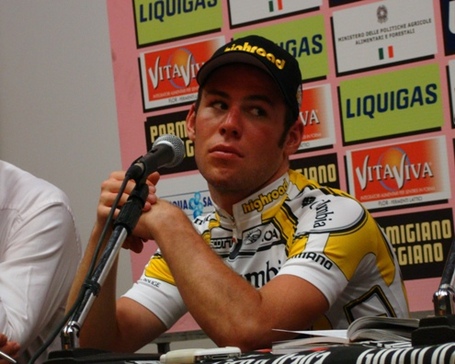 The press conference got started very late, but it was worth the wait.  The press was eager for a juicy story about the race protest, but the choppy rhythm of the Cavendish conference, with each question and answer being translated, kept things pretty mellow at that stage.  Cavendish answered the questions about the protest calmly, but with the air of a guy who'd already answered the same questions in  half a dozen finish-line interviews, and was ready to move on to happier topics.  He spoke warmly of his team, saying, "It's not often that you're going to see the rider in the ciclamina jersey actually leading out the sprint for another rider.  It was Edvald's birthday today, it's Edvald's national day today in Norway, he's wearing the ciclamina jersey, and he's doing a kilometer on the front at the finish for me.  That shows not just the special talent we have on the team, but the special mentality we have on the team.  And I'm so, so proud to be part of that, and I think that's what makes us win so much."

Let's get this party started! 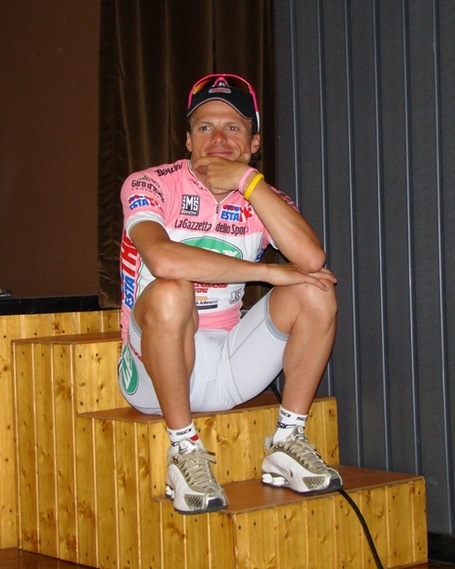 With Di Luca, the Italian press was a lot more raucous, and Di Luca was like, "Bring it on!"  He'd had a bit of an easier work day than Cavendish, and he had plenty of energy left for lively exchange of ideas.  He seemed comfortable that the balance of 30 journalists against one Killer presented good odds in his favor, and although he was animated, he seemed entertained rather than angry, remaining, as always, the cool center of the storm.

The main point of contention was why he hadn't said anything about the dangers of the course before the race started.

"I didn't know it would be so dangerous," he said.

"Didn't you preview the course?"

"You could have done it in a car."

At this point, my friend Paolo from Tuttosport, sticking up for Di Luca, mentined that even if Di Luca had previewed the course in a car, he couldn't have known where the barricades and cones would be placed, and Di Luca said, "yeah, what he said!"

"Eh, nobody pays attention to the details at the presentation."

Someone brought up Cipollini's criticism of the protest.  I don't remember exactly what he said, but it could probably be loosly translated as something like "Cipollini says you're a pussy."  To which Di Luca replied (twice), "Cipollini e l'ultimo che dovrebbe parlare" (Cipollini is the last one who should talk).

Despite the late hour, Di Luca stayed to speak with a few reporters after the conference ended.  When I left at a few minutes before eight to catch a train back to Bergamo, he was still there.  As I left, I  said to an Italian journalist, "Che polemica!" (What controversy), and he smiled and said, "Gli Italiani sono polemicisti" (The Italians are polemicists).