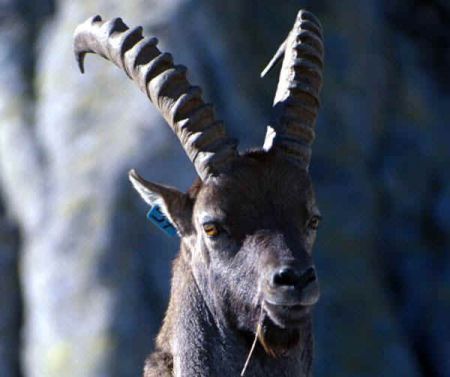 Girbecco is getting a little antsy, after a few days of minimal bleating, so let's cue up our premature fake awards... team style!

On the flip... let's not defile the beauty of Vesuvio with this nonsense.

Well, let's see... there is a lot that could go into an award like this, but certainly results are a big part of it, along with a team presence in the more important activities of the race. I will eliminate Rabobank, being a decent defending team but not real protagonists beyond their captain. Also out the window are Astana, for blowing their tactics at the key moment, and Cervelo, for being a bit thin, and Columbia, for being more of a team for the lesser stages. That leaves Lpr and Liquigas.

Lpr have been extremely active in setting up stages for their captain, who has delivered a nearly flawless performance (all things considered) to get himself within striking distance of victory, despite not being a particularly strong cronoman or mega-climber. Liquigas, meanwhile, have been aggressive to a fault, earning the occasional dig for grabbing the wheel when they could just as easily have ridden shotgun. But their two-man strategy is coming into focus now and they will certainly go home with some spoils. Tough choice.

I'll take the 'Gas. The longer the race goes on, the more I see them covering all the moves. Yesterday they launched a stage-winner off the front; had Basso covering the maglia rosa, and had Szmyd glued to Carlos Sastre. Also, DS Roberto Amadio walked a fine line with two captains, including the media-vacuum-inducing Basso, yet still kept Pellizotti -- the better man for this Giro -- in position to get on the podium. There is nothing simple about that.

Girbecco says: "Liquigas are, coincidentally, like a nice lime: kind of shocking at first, but with a strangely pleasing aftertaste."

This award is given to the team who did their best to fall short of inflated expectations. Lots of candidates for the award, but I will go with Lampre. We've talked enough about Cunego's illusory GC ambitions, but Lampre came into the Centenary Giro with plenty of potential for... something. Bruseghin was a credible GC threat. They have quality riders for virtually every type of stage. How can they not come away with a single victory? Not only that, but I am struggling to recall them even contending for a stage win. Gavazzi was third in San Luca. Is that their crowning moment? This Giro could not be working out worse for them.

Girbecco says: "Hey, there's still the Tour de France. That should be a good race for them."

This is easy: it's the Pride of Caracas, Team Serramenti PVC Diquigiovanni Coppibartalipastafagioli. Despite no real GC threats, no real sprinter, and no objective beyond kicking Stefano Garzelli's ass one more time (mission not accomplished), the Venezuelans have pulled off the next best thing to Garzelli's scalp: a trio of stage wins. In fact, they have been somewhat clever about it. Michele Scarponi is a reasonably dangerous rider, and had he chosen to hang around the periphery of the GC contenders he probably could have gotten a respectable result. Instead, he dumped over four minutes on the Alpe di Suzy stage, gaining him the freedom he needed to escape and challenge for stages. A day later, he was showering the Mayrhofen gathering with the bubbly. Today too. Sponsors happy. Mission accomplished.

Girbecco says: "They know exactly who they are. Well, by the standards of a bunch of Italians racing under a Venezuelan license."

This award recognizes the team that knows exactly what it can do, and does it with workmanlike precision. Another easy choice: Columbia.

They win stages. Not the overly hard ones, and not the ones that Di Luca wins, but practically everything else. After upsetting Garmin (literally and figuratively) in the opening TTT, they spent a couple days getting the sprint train sorted out, but sort it they did, and by the time the sprint stages were over, nobody was talking about Alessandro Petacchi's two early victories. Mark Cavendish was not only victorious but convincing in his three stage wins, and the World's Number One Team Who Can't Win a Grand Tour rattled off five wins in seven days of racing. I don't even think you can criticize them for harboring GC illusions; no less an observer than team owner Bob Stapleton referred to then-maglia rosa Thomas Lovkvist as a future GC threat. Columbia have delivered almost exactly what you would have expected from them, and even have Michael Rogers hovering around the top ten for good measure.

Named not so much for our own community member (that would be plinytheelder) as for the famous author/philosopher whose life ended tragically and suddenly in 79 A.D., under the world's most famous hail of lava, ash and toxic gas. I suppose you could nominate Barloworld here, with legitimate contender (for something) Juan Mauricio Soler having hurt his wrist in an early crash, but I don't see them displacing Garmin Chipotle from the top of the tragedy charts. Garmin came in talking of an opening stage win, only to bow to Columbia while enduring the taunts of Cavendish in the process. Subsequent performances did little to alleviate the humiliation, and then finally the cruelest blow of all, the VandeVelde crash which has threatened their biggest goal of the season. At this point, continuing the volcano analogy, you have to think things can get better. Once the landscape is entirely scorched, you can't really do any more damage to it.

This award honors the former Treasury Secretary, who capped his time in office with a three-month run of public appearances in which he would constantly say things that he must have known almost nobody believed. I'm not sure Astana can be equated literally with Paulson and his daily dose of bullshit, but the Fading Stars did bring the most sturm for the least drang. Neither Armstrong nor Leipheimer were credible threats in the end, though they certainly gave decent performances on occasion. More on that next Monday. What was most disappointing, however, was the way in which they did almost nothing as a team. You would think that they could have soldiered on with their two stars, plus Popo and Brajkovic, but once Chris Horner went home they became non-movers, except when launching the wrong moves. As recently as yesterday Bruyneel was talking of "something big," but the only outsized element of this team at the Giro was its rep.

Girbecco says: "Up next: Lance Armstrong talks about retrieving musettes for Alberto Contador."

By far the most hotly-contested award, this honors the former great American pigeon, once seen in flocks of millions of birds across the South, before being literally hunted to extinction. The name conveys another element -- the individual bird's ability to meld invisibly into a swarming mass, with no distinction. That could describe a lot of teams: Xacobeo, Katusha, Milram, Quick Step, etc. But only one team played this role so stunningly as to threaten its continued existence. Yes, I'm talking about you Silence Lotto. Perhaps the team will remain a going concern for some time even as month after month passes with no discernible results, but you would think that some heads will roll, at least in the management. If there is a more nondescript set of tourists in this race, I have no idea who they are.