The Day... In Screen Grabs

Share All sharing options for: The Day... In Screen Grabs 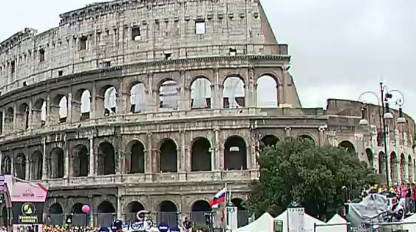 Sure, you could see professional pictures from professional photographers, but what fun is that? Thanks to the unregulatable miracle of screen capture, here's all you need to know about the stage, in pictures. On the flip...

The day started with some early, ripping times. Here's the start, and eventual winner Konovalovas: 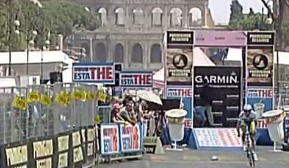 And at the finish: 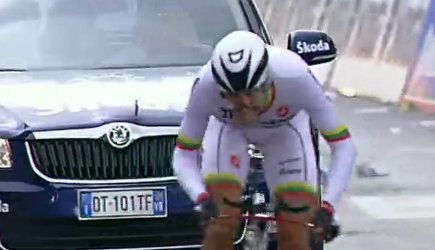 Bradley Wiggins missed a stage win by a thin second: 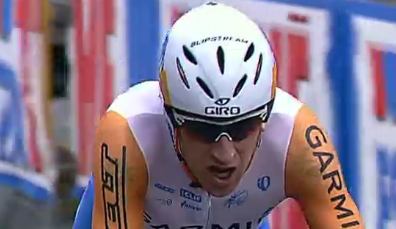 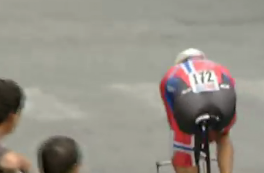 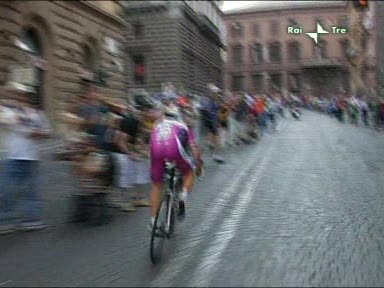 Menchov was under early pressure: 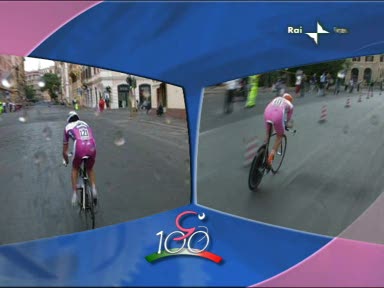 But he's a cronoman, he knows what to do: 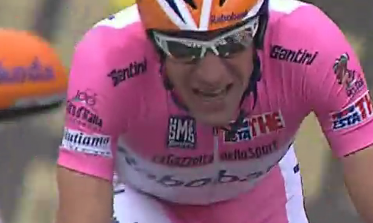 All according to script. But then... rain! 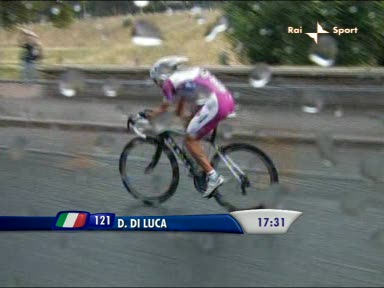 And then, a moment where we scarcely believed our eyes: 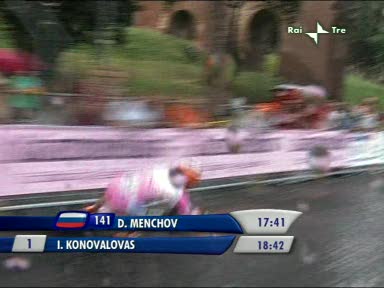 Was all lost? At this point Menchov was 1km from the line, with about 45 seconds in hand. Here you can see the hero of Team Rabobank, the world's fastest-acting support worker: 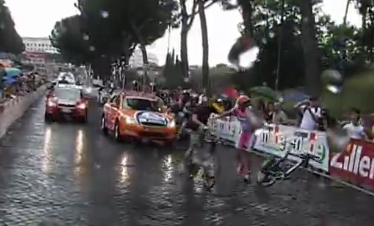 And Menchov made it home in time after all... 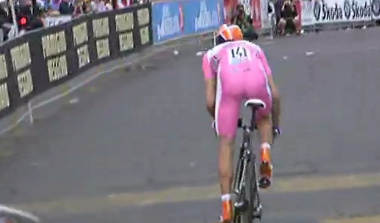 Touching off a wild and well-earned celebration... 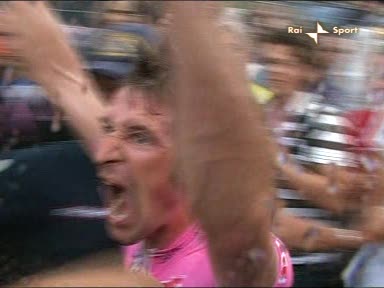 And of course, the formalities: 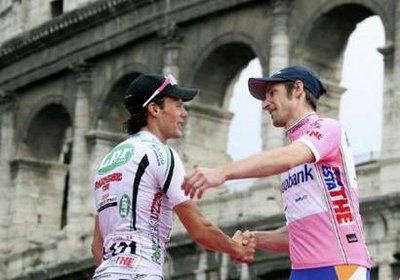 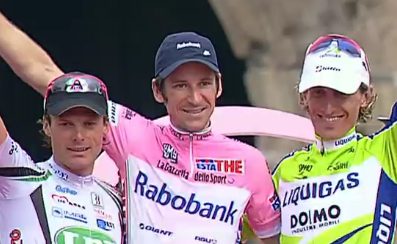 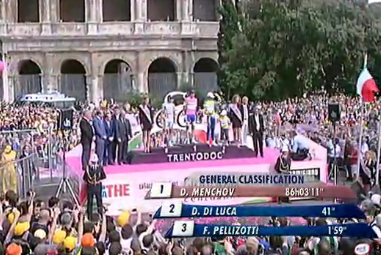 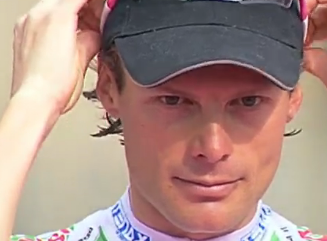 And the final GC 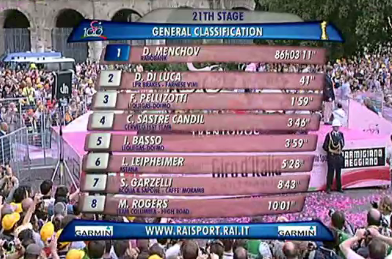 That's all folks! OK, given the quality here I don't think professional photographers should worry about their future. For real galleries, well, there are many at CN and VN and other places. Anyway, if you were watching on an old computer, this is probably what it looked like anyway...