Giro d'Italia; On the Scene at Stage One

Share All sharing options for: Giro d'Italia; On the Scene at Stage One

They're about to turn out the lights in the pressroom, and my b&b doesn't have internet, so no time for a full report, but here are some pictures, mostly from the team warm-ups.

Dave Z and Millar were the last two on the trainers at the Garmin bus. 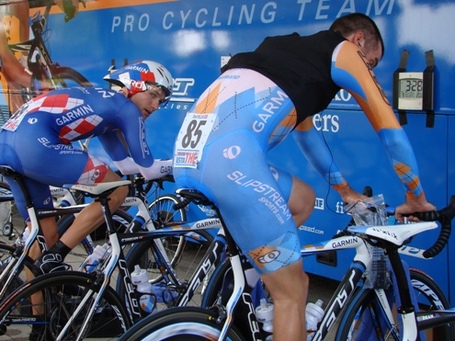 Catch more on the flip!

Di Luca stayed on the trainer for a long time, and seemed in good spirits.  I asked him where I could buy one of his pink "Abruzziamo" bracelets, and he said they were at the stage start.  I'll try to get one tomorrow. 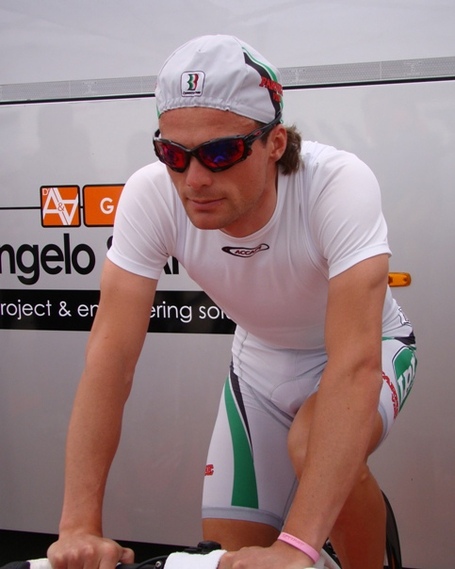 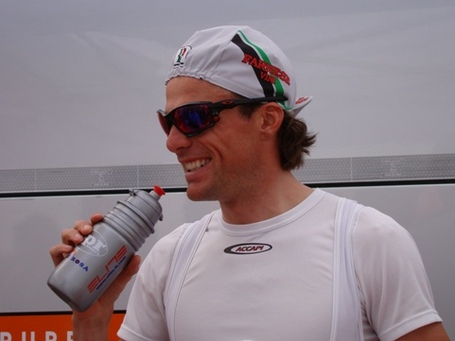 Di Luca and Petacchi warm up with their team: 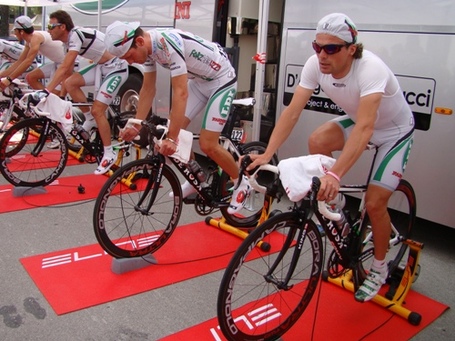 Di Luca pulls on his gloves, then checks his reflection in a car window while putting on his helmet 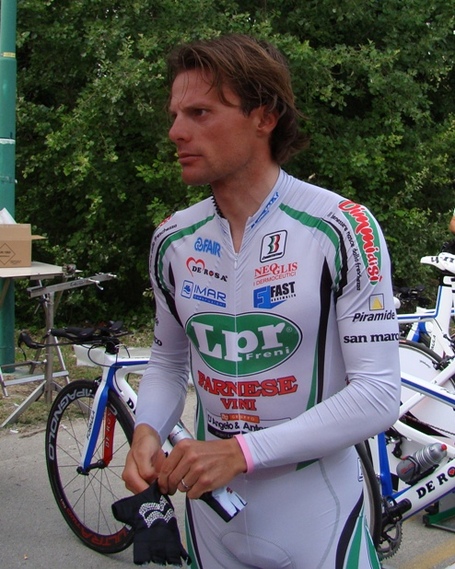 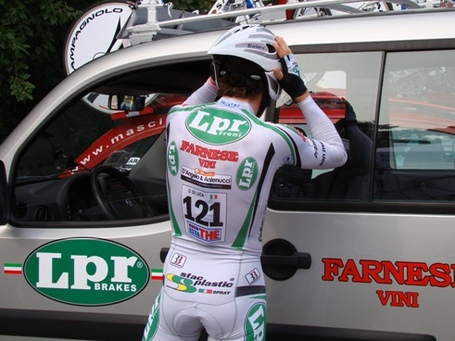 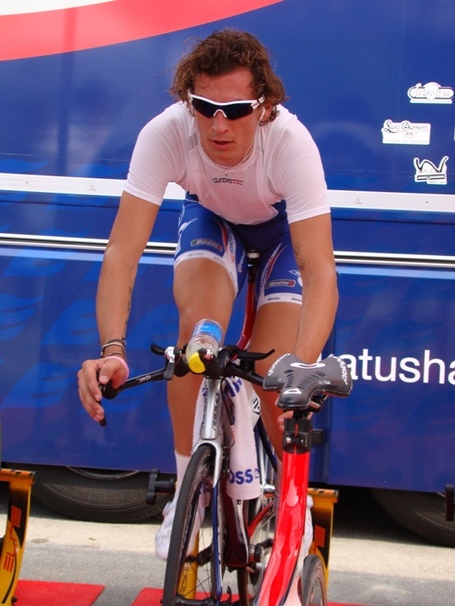 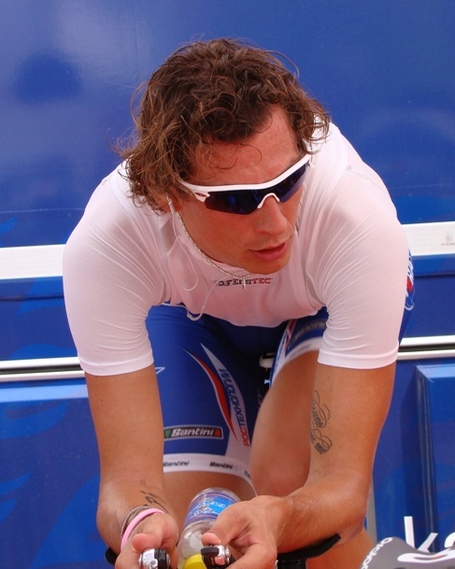 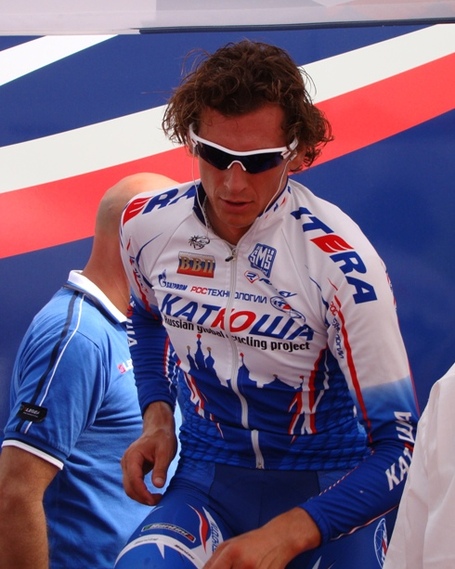 Cavendish and Zabel in the press tent 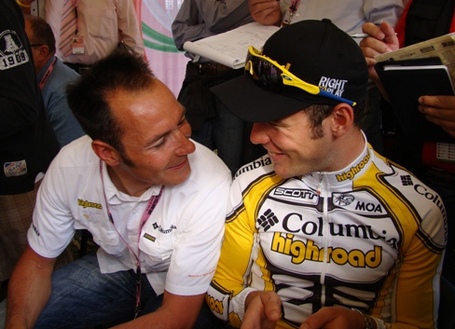 Paolo Bettini and the gang from the post-race interview show watch the podium ceremony from their adjacent stage: 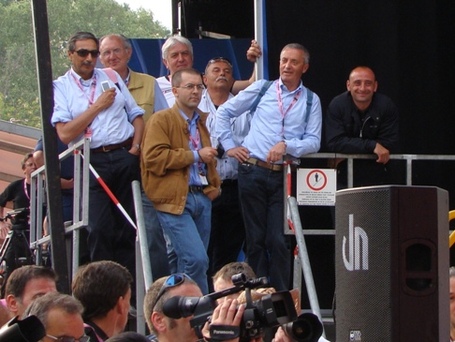 A happy Team Columbia on the podium: 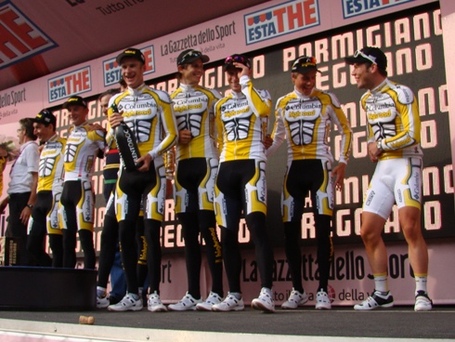 Ok, I'm the second to last person in the press room, and I just realized I put all of these in the intro paragraph, instead of on the flip, and I don't have time to change it.  So, I hope Chris or Gavia or some other editor sees this soon, and can move the bulk of it to the flip, so I'm not taking up the whole front page.  Gotta go!