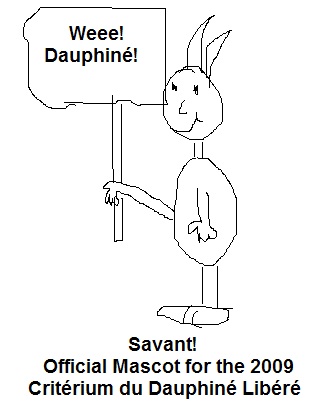 It's a good day to be well out of GC contention.

Why? Just look at today's stage, and then tomorrow's. Today we got a short (109 km) course with one big HC climb two-thirds of the way through and then a long, steep, straight downhill almost to the finish where the end is a Giro-esque cat 4 climb-tailor made for Alejandro Valverde. Then you look at tomorrow in all it's Queenly splendor-2 HC climbs and a new cat 1 climb to the finish-and you see that if there's gonna be any further GC fireworks in this Dauphine then it's not gonna be today.

Instead today will feature a break that lasts until the end. Whoever makes the break won't be allowed a long leash as the stage is so short that Valverde and Caisse d'Epargne can't allow a big gap to open up but other than that neither Valverde nor the other main contenders are interested in forcing things today since even f they were successful their efforts today would lay them open to be filleted tomorrow. So sit back and guess which goat-type rider will make the break today. Trophy Mom? Dessel? Di Gregorio? Botcharov? Moos?

Video: . CTV and France 3 should start an hour earlier than the last couple of days 14:50 CEST, 8:50 am Eastern. And the rest? We'll figure them out eventually. Check Steephill.TV or Cycling fans for links to Eurosport video and audio and France3, Basque TV, Danish TV and whatever else becomes available. 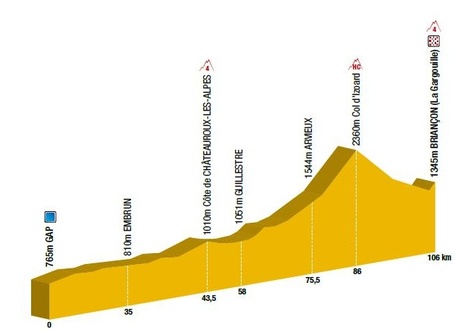