Don't Turn That Dial! It's The Dauphine Queen Stage Preview!

Share All sharing options for: Don't Turn That Dial! It's The Dauphine Queen Stage Preview!

A great, great stage is up for grabs- but who wants to race?

Let's look at this stage first.

But then a twist!  A new climb for us jaded cycling fans, the Saint-François-Longchamp, a cat 1 finishing climb that no one in this peloton has ridden before.  Let's hear how Cycling Fever describes it:

In fourteen kilometres they have to climb 1.100 metres, an average of almost eight percent.

Two famous climbs and an untested bear at the end. Easily one of the top three most difficult stages anywhere this year.  But who's gonna contest it? Let's see on the flip.

1) Alejandro Valverde. Kinda obvious that he'll try to hang on to the end. He's got a good team* behind him too so no half-assed effort will rip the yellow jersey off his back. But isn't this the kind of stage that Al has occasionally struggled with before?

2) Cadel Evans. Is he gonna race? I say yes. He said he wanted to win the Dauphine and perhaps no longer owning the yellow will give him incentive to attack. But he won't attack until the last climb, conservative rider that he is. By that time I think the fireworks will have already started.

3) Alberto Contador. True to his word he hasn't attacked-sort of. But did we just see a frisky Bert on that last climb in Briancon? Yes we did. Could he possibly do that again on that last climb tomorrow? Sure, why not? Obviously he's felling his legs and a quick dash up the last climb wouldn't be too much.

Below this line none of the riders listed can win the Dauphine on the last climb of the day.  They can win the stage, yes, but not the overall. To do that they need to break out on one of the earlier HC climbs.

4) Mikel Astarloza. I'm afraid that he won't have the legs tomorrow. He put in a ton of effort today-it was a good idea-but he couldn't quite get clear into yellow. Meanwhile he's not the best climber and with this stage if he can hang with Al he'll be doing well.

5) David Millar. He'll hang until the last climb and no further.  He's deep into the Sovereign Nation of Tourbecco now and he doesn't have the right passport.

6) Gesink/Nibali/Szmyd/Fuglsang. I'm putting these guys together because I think any or all of them will try to get away early, before the last climb. Will they succeed? Doubtful as C d'E have the power to reel them in and they are too close to Al. But with enough attacks, one might succeed.

7) Efimkin/Moncoutie/Clement/Possoni/Anton. All these guys are a bit further back but all are within 10 minutes. I can just see it though if the Heads of State are playing it too conservative, someone like Igor Anton gets the okay to break early and his lead keeps getting larger and larger...

Summary-Probably not too much will happen before the last climb but that climb all hell could break lose as it's the last difficult climb of the race and the guys who are saving themselves for the Tour can let themselves go knowing that the last day won't kill their form.

So how do you think the stage will play out? 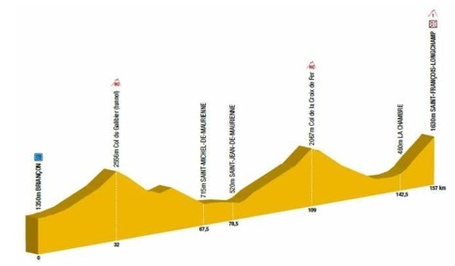