Giro d'Italia, On the Scene at Stage 17

Share All sharing options for: Giro d'Italia, On the Scene at Stage 17

"The earth shakes, not our heart.

Abruzzo flies with you." 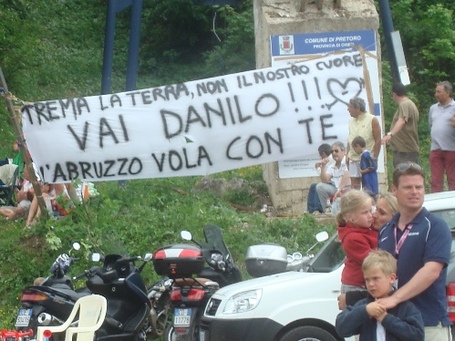 Di Luca fan or not, you would have needed a heart of stone to ride up the Blockhaus climb on Wednesday and not end up wanting Di Luca to win the stage.  All the way up, almost every sign was for Di Luca, and they weren't of the typical "Go, Danilo!" variety.  They said things like, "Il cuore di Abruzzo e con te," (the heart of Abruzzo is with you), and "Il terremoto non ci ferma," (the earthquake won't stop us), and again and again, "Grazie, Danilo!"

My bike tour group was staying in Silvi Marina, about ten kilometers up the coast from Pescara, so we rode from our hotel to Pescara, and picked up the race route there for the rest of the ride.  Most of the people in my group who were riding that day went up in the morning, then descended before the race came through.  I wanted to watch the race on the climb, so I started out by myself a bit later.  In Pescara, I asked a couple of guys in club kit for directions to the race route, and I ended up riding to Passo Lanciano with them.  They were part of a cycling club of Pescara lawyers.

Here we are at a bar where we stopped for a snack. 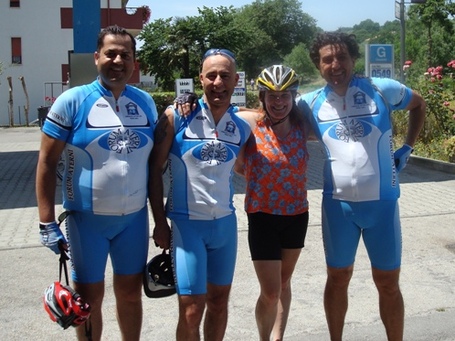 The ride from Pescara to Pretoro was gradually uphill, with a couple of short, steep climbs, but it was here, in Pretoro, that the climb really started: 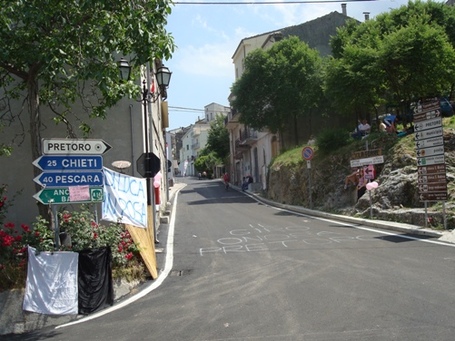 Luckily, there were several public water fountains along the way, some in towns and some out on the open road, and we stopped at every one for fresh, cold water. 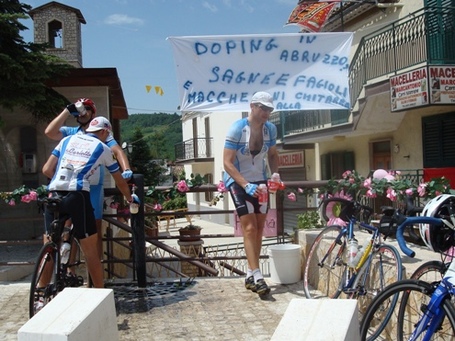 The hardest part of the climb was from the 15k mark, in Pretoro, to the 10k mark. 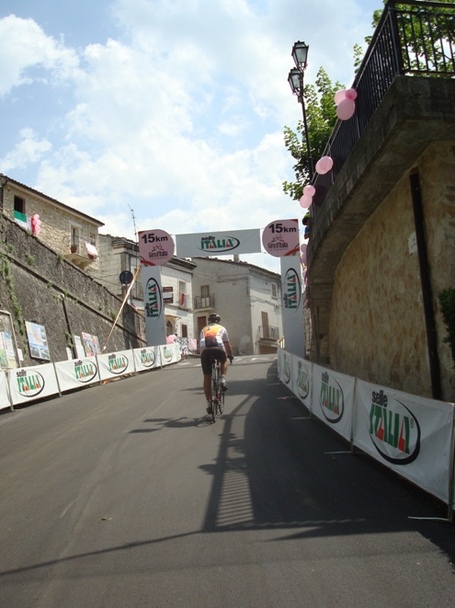 After that it was a consistent, slightly easier grade for the next five kilometers, to Passo Lanciano. 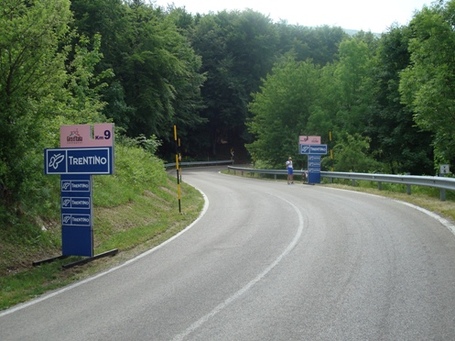 I had been hoping to continue to the finish at Hotel Mamma Rosa, but my ride back to the hotel was at Passo Lanciano, and I knew that if I wasn't there as soon as the race finished, I'd have to ride the 70k back to Silvi Marina, so I stayed at Passo Lanciano, five kilomters from the finish.  Here are a couple of pictures of the race: 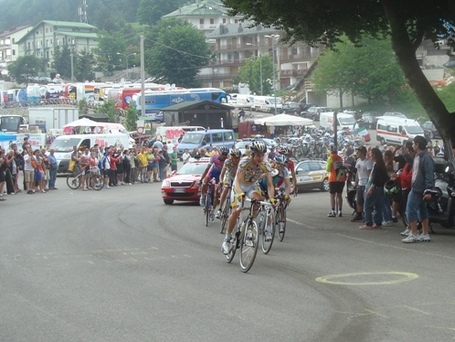 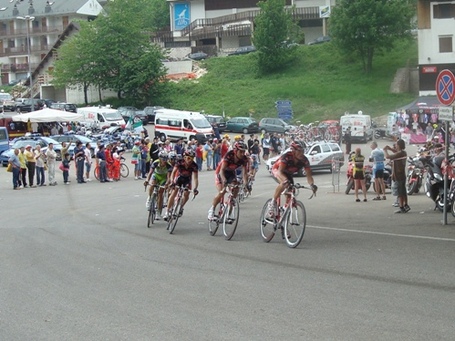 No stage win for Danilo, unfortunately, but the Di Luca lovefest continued the next day in Sulmona.