Giro d'Italia, On the Scene at Stage 18

Share All sharing options for: Giro d'Italia, On the Scene at Stage 18

Di Luca got a hero's welcome at the stage start in Sulmona, just 70 kilometers from his home in Pescara.  Here he is riding from the sign-in area to the start line.

The Abruzzo city of Sulmona, site of the start of stage 18, is the city of confetti, the candy-covered almonds thrown at at Italian weddings.  The streets are lined with shops that look like flower shops, but when you get up close, you see that all the flowers are made of candy.  This friendly shopowner showed me the special Giro confetti flowers he was selling, and I bought myself a small bouquet. 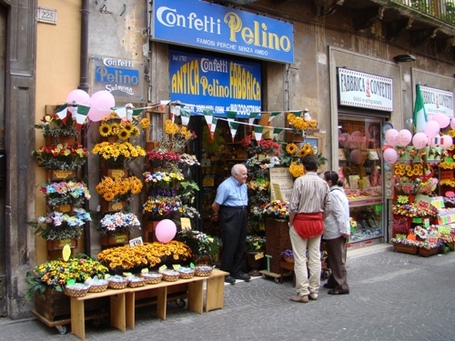 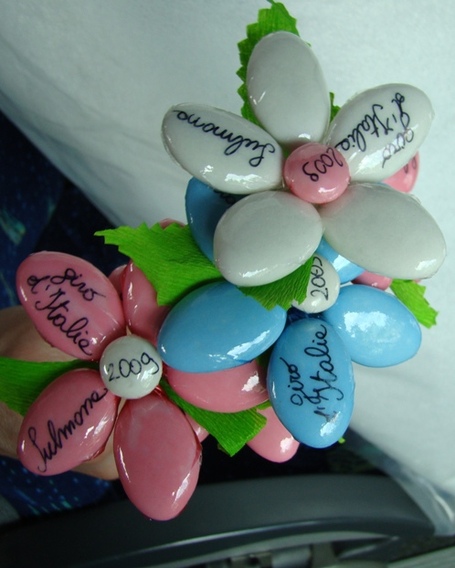 A group of school kids lined up to watch the stage start. 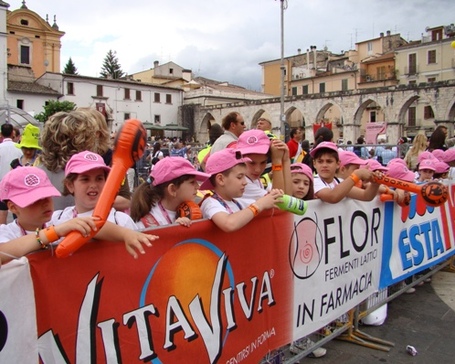 I saw Francesco Moser at several stages, always with his bike, still looking like a million bucks at age 57. 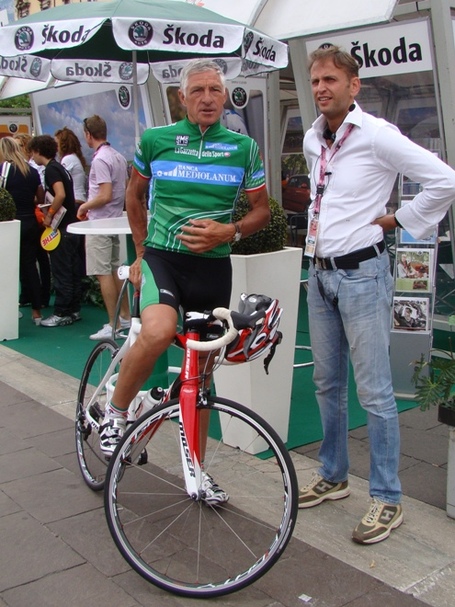 The start in Sulmona had a relaxed, fun atmosphere.  The riders knew they were in for a fairly easy stage, and everyone seemed in a good mood.  Gone was the hysteria of the early stages, when the press mobbed Basso and Armstrong.  Most of the foreign press were nowhere to be seen, and di Stefano and other Italian journalists goofed around as they waited for the riders, posing with the podium props. 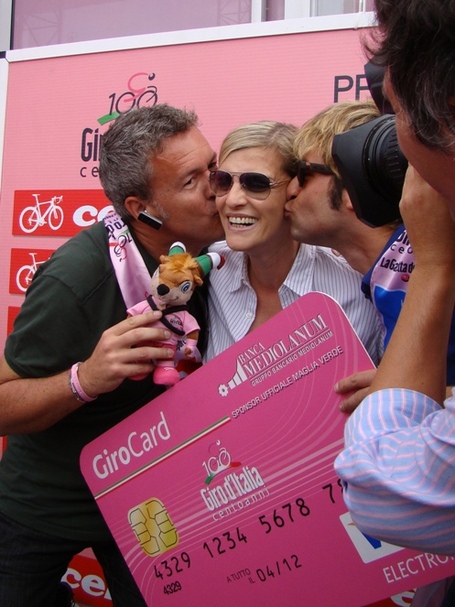 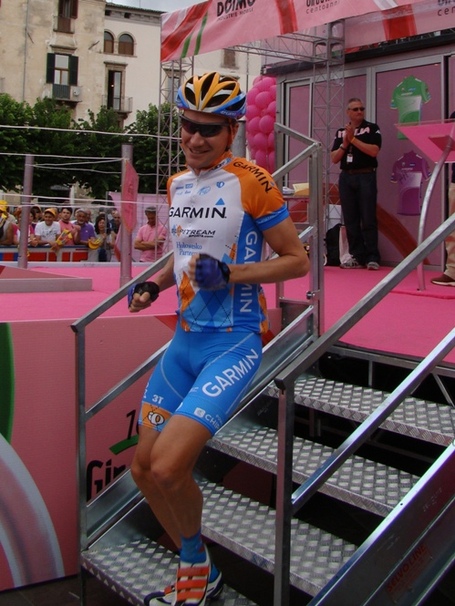 Gustov was sporting a nasty patch of road rash from an earlier crash. 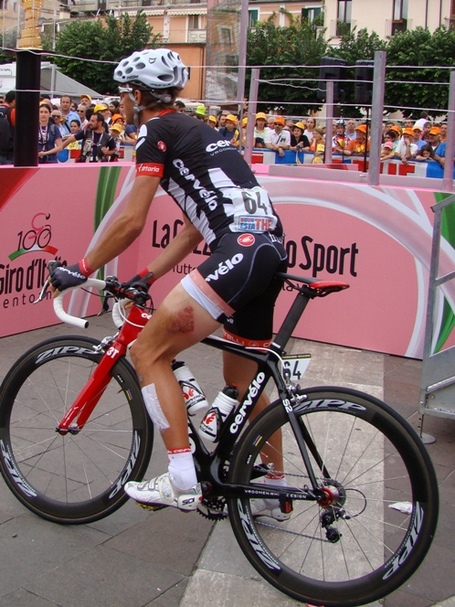 Dario Cataldo is another Abruzzese. 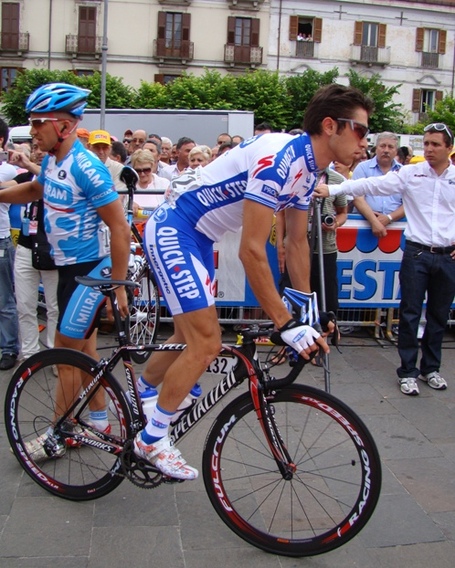 Scarponi always seems to be smiling. 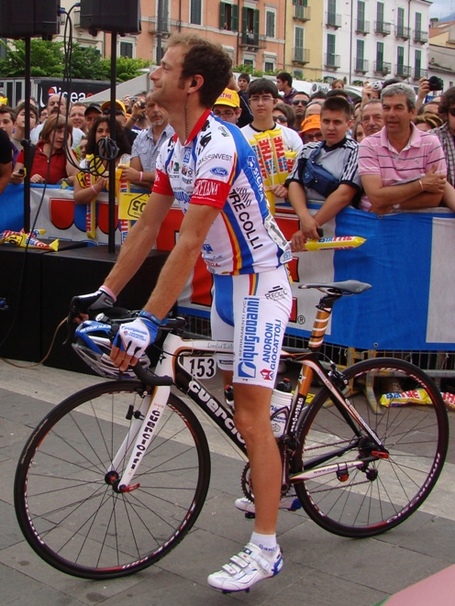 Sastre and Lloyd looked like they were doing a radio check. 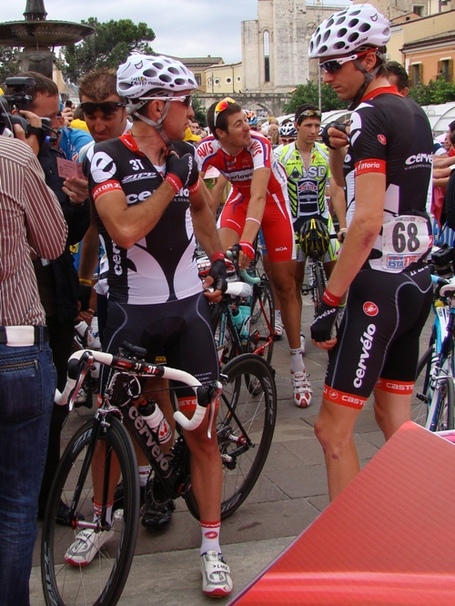 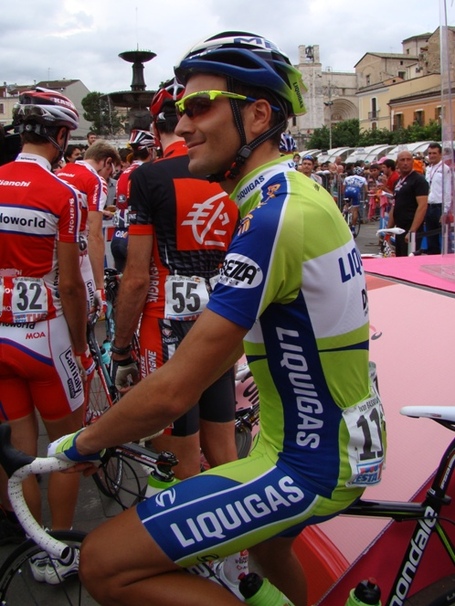 While Petacchi looked serious, as always. 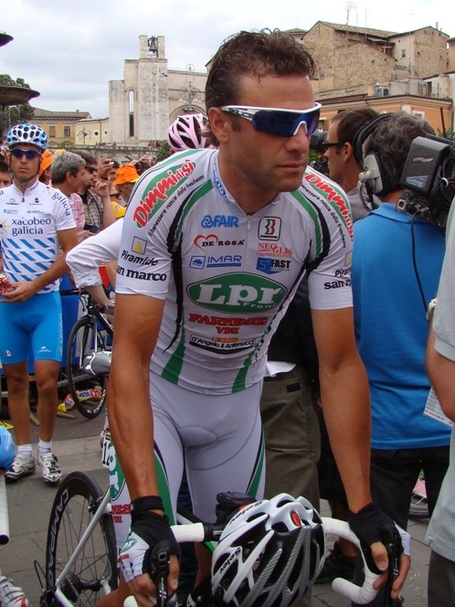 Menchov seemed to be flirting with the idea of growing a goatee. 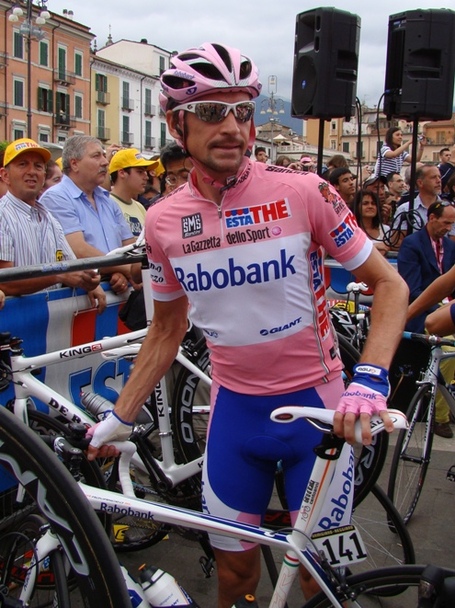 On the sign-in stage, Di Luca basked in the adoration of the tifosi. 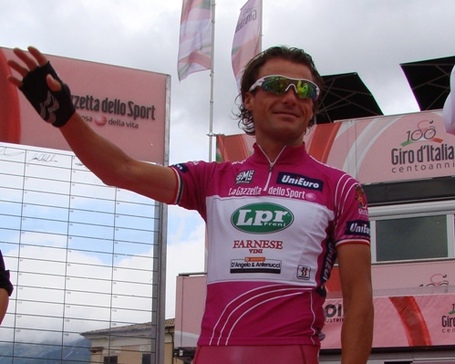 At the mike, he thanked the crowd for their support, but asked that they cheer for everyone, and not whistle at any riders, as had apparently happened to Menchov and Pellizotti at the Blockhaus podium ceremony. 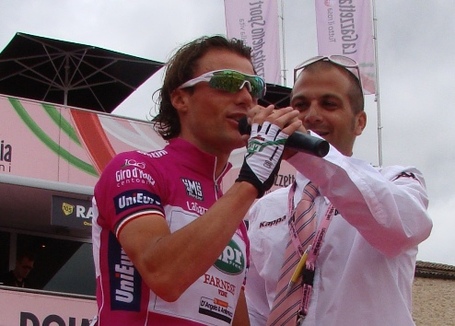 Even Lance Armstrong moved through the sign-in area unmolested by the press at this most mellow of stage starts. 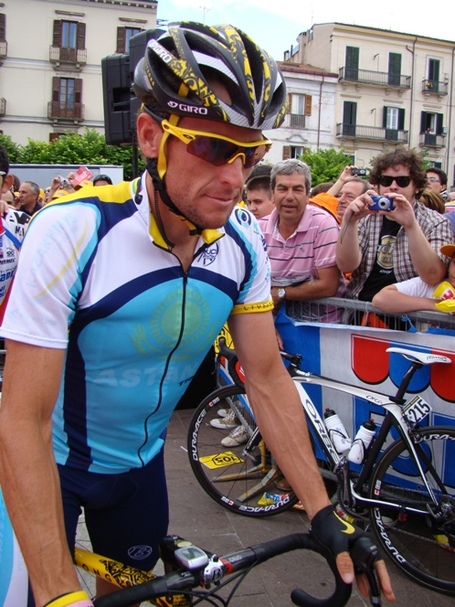 Armstrong signed a fair number of autographs, but the autograph king was Di Luca.  He was the last to leave the sign-in area, and when someone showed him that it was time to go to the start line, he just gave a little shrug, and kept on signing. 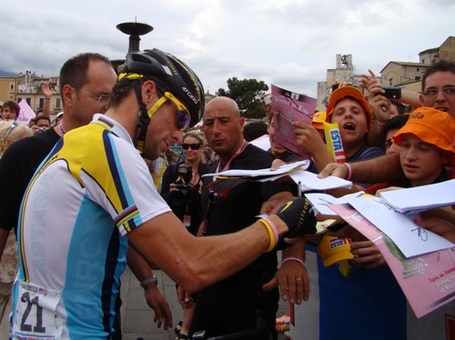 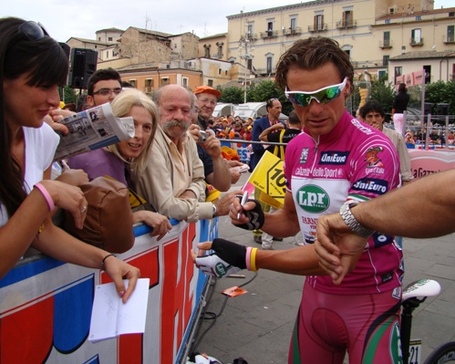 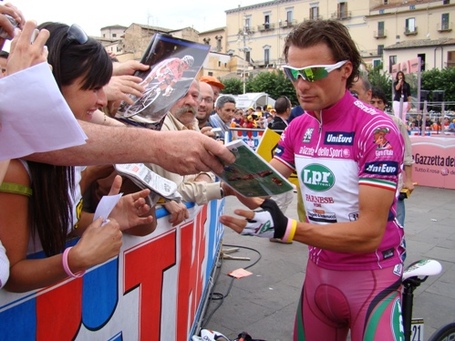 The riders assembled for the start in the beautiful Piazza Garibaldi. 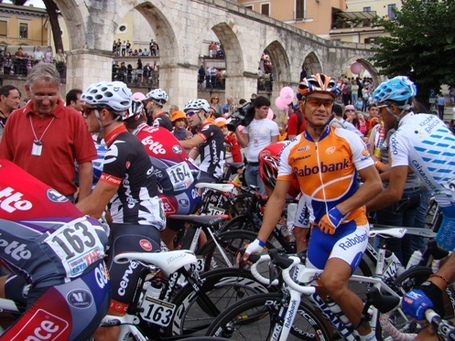