Share All sharing options for: Your Basic Mid-Season Team Ranking

Using VDS points!  (See-they can be used for good too!)For those of you who aren't familiar with the term VDS, it stands for a game we play here where we give points to riders depending on how they placed in various races. I'm not going to go into details of VDS scoring (read here if you want more info) but one of the nice benefits of VDS is that you can use the numbers to look at real life teams, which is what I'm doing here.  What follows is a Big Honkin' Table of 31 cycling teams, ranked in order of the VDS points they've won this year. The higher the score the more successful the team. Simple.

But there is one glitch. You will notice that I also included the 2008 rankings for comparison's sake. See the problem? We have more races in this year's VDS: nine more races than last year.  So we have more VDS points available-approximately 10% more points.   So keep that in mind when comparing 08 with 09.

Below is the Table and on the jump is a lot of commentary, some of which I hope might be interesting. 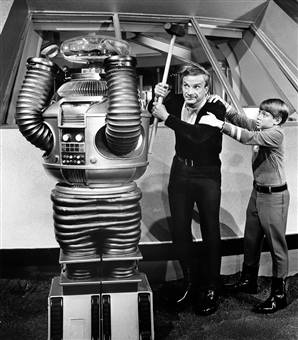 1) Columbia really is THAT good. Last year at this time we were praising the strength of CSC/Saxo. CSC's strength-in-numbers strategy enabled them to literally flood certain races with serious contenders. That was last year. This year Columbia has taken CSC's strategy and turbocharged it as you can see from the table above.  There's no question that they are the #1 team of the first half of the year.

Pictured: When it comes to preparing his team, Bob Stapleton analyses every angle for any possible scenario. Like eating utensils. 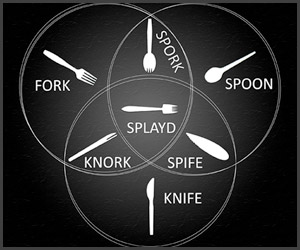 Looking at the races it seemed like the only ones that Columbia wasn't a threat to at least win the stage was when they weren't entered. That wasn't literally true as on the cobbles Columbia lagged behind Quickstep but otherwise they picked up points almost everywhere. Some numbers: 22 of their 25 riders have scored VDS points. The next best team has only 16 scoring riders. 12 of the riders have scored at least 100 points, meaning that they've each probably won (or podiumed) one of more races. (The slackers? Gert Dockx, Adam Hansen, and Vicente Reynes.)

As you can see from the table, Columbia is in a class by itself right now. Is there any reason not to expect this to continue at the Tour? Nope. We're gonna see an awful lot of Columbia Wins the Stage! headlines in July.

2) Cervelo! What a fantastic start for this team. 15 scoring riders. With Haussler and Hushovd, the only team with two riders scoring 900+ points.

3) Rabobank. Funny team. Practically a prat-fall on the Cobbles this year (though Fletcha produced a duplicate of last season) but their Stage team came though with (so far) the best performances of any team to date. Now comes another stage race and they are fielding for the first tome they're A-stage racing team.

4) Quickstep 1000 extra points this years says that they were the prime beneficiaries of Saxo's injuries on the Cobbles. That and signing Sylvain Chavanel. Plus-and it's weird to say this I know-it does seem like they are stealthily cobbling together a stage racing team. I mean a real stage racing team not one of those toy stage racing teams for the Tour of Belgium and Ster Electrotoer. They are a year or two away but it will be interesting to see if they go through with this.

Pictured: So many months without a cobble. The pain, the pain. 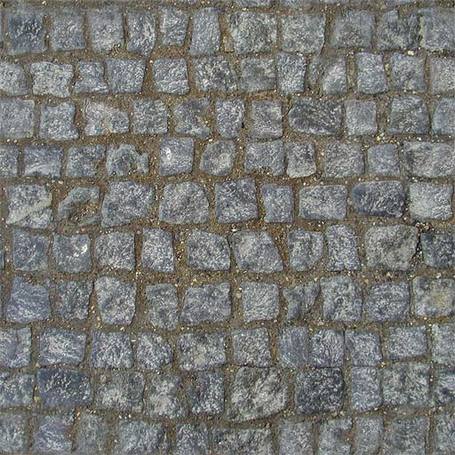 5) Saxo Bank Give them about 500 points they lost from Cancellara's injury and they'd be having the same year as last-so far.

6) Liquigas They were at the Giro-right? I'm just askin' as they added Ivan Basso and declined in points won. Oh yeah- no Benna.

7) Astana  It's weird to realize that they have about the same point totals as last year even without having the Giro winner on their side. So the reason they aren't on the podium here? They waste more talent in one day races than any team does anywhere else. It says here that with their talent they should have 1000 more one day race points. Notice that they did finish on the podium last year.

8) Silence Lotto After all the shit that we've given them they are exactly where anyone would figure them to be.  Gilbert's done a fine 990 points (more than last year) and Evans has a solid 723. Hoste, Van Summeren, and Van Avermaet did what you expected them to do and they have a handful of points from supporting riders. Most of the rest of their points will come from Cadel and they will finish comfortably in the second five again. So they actually aren't drowning, they are treading water.

9) Caisse d'Epargne Valverde is actually way ahead of last year and Lulu Sanchez has done quite well to date. J-Rod and Arroyo have been okay and Costa is a new star. That's the good news.  The bad news is that no one else has done squat and Valverde is looking at the end of his season. Can Uran/J-Rod/Arroyo/Lulu/Costa carry the load? To keep them from dropping like a stone in these rankings the answer better be YES.

Now I realize that all the rest of the teams are full of wonderful cyclists, each of whom has a mother that loves them very much.

13) Garmin has the largest percentage increase from last year to this 146% more points (898). I'm hit them for not doings so well (and majope has always corrected me-thanks) but here's the proof. How have they done it? Quietly. Their leading point rider is Martin Maaskant with only 290.  Here's a list of teams that have at least one rider with more than 290: Columbia, Cervelo, Rabobank, Quickstep, Saxo bank, Liquigas, Astana, Silence Lotto, Caisse d'Epargne, LPR, Katusha, Euskaltel, Milram, SDA, Acqua & Sapone, Lampre, and Cofidis: EVERY team ranked above them plus five teams ranked lower. 17 teams for those counting at home.

That's amazing. I'm not even clear where Maaskant racked up his points. (Sure I could look but that's too easy.)  13 riders have scored.

Pictured: The boys of Moo are serious this time. 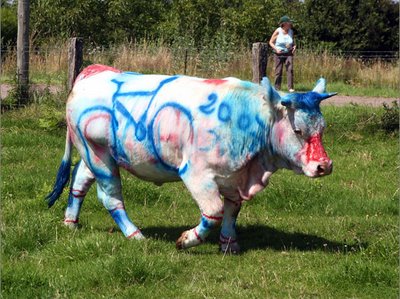 17) Lampre  The worst non-French Pro Tour team. [Edit: Actually Fuji Serveto is so far down I missed counting them here.] Happy Puppy is having a decent, if not great year. The rest of the team would just like to forget 2009 I think.  Maybe Ballan can salvage something in the fall.  Probably not though.

19) AG2R  The best French Pro-Tour team.  Yes, they are that pathetic.  Four Pro Conti teams are ranked higher than the best French Pro Tour team. There's no way that doping could begin to be the reason for these three cycling brain farts.

What do I mean by that? There's a bunch of other teams not even in the table that scored, especially when you consider the "National" teams at the Koln race. Which teams?  Look 'em up yourself!  But one last thing. Did I mention Benna up above somewhere? Mmmmmm 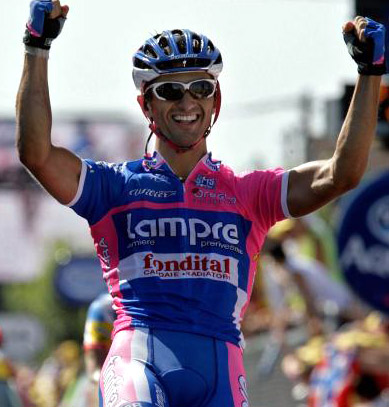