Share All sharing options for: Giro d'Italia, On the Scene at Stages 19 and 20 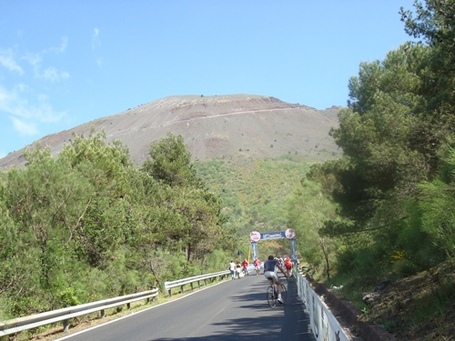 The ride up Vesuvius was incredibly cool.  The ride to the base of the climb, on the other hand, was nightmarish.

We were staying in Sorrento, and the bike tour company's original plan was to have us start out on Friday morning from Sorrento, and ride along the race route to the base of the climb.  Apparently, whoever planned this itinerary had never been to Sorrento, because it was obvious to all of us on the drive in on Thursday night that riding from there before the road was closed to vehicular traffic would be suicide.  So, change of plans: they dropped us in Pompei, about halfway between Sorrento and Ercolano, the base of the climb, and we rode from there.  While slightly less death-defying than the ride from Sorrento, the 20k or so from Pompei to Ercolano was hell.  At Pompei, which luckily for the racers was not on the Giro route, the road surface was slanted, uneven, polished-to-a-gloss, black tiles.  Once we joined the race route, the normal cobblestones were a definite improvement, but the traffic coming from every direction, the unpredictable and apparently lawless movements of the drivers, and the complete disregard for cyclists' safety was unlike anything I've ever seen in other parts of Italy.  It was like playing a gigantic game of chicken with 10,000 New York City cab drivers.

It was a great relief to reach Ercolano and start the climb.  The first three kilometers of the climb were pretty easy, and after that, it was a sustained, hard grade, with the only easy stretch of road being near the observatory near the five-k banner. 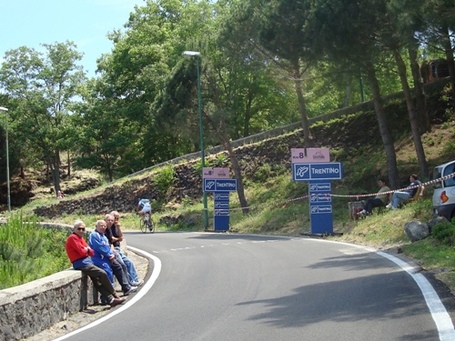 The views down to the bay of Napoli were spectacular. 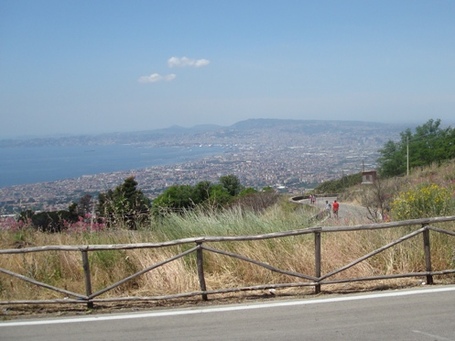 The hardest part of the climb was from the two-k banner, seen in the photo above the fold, to the one-k mark. 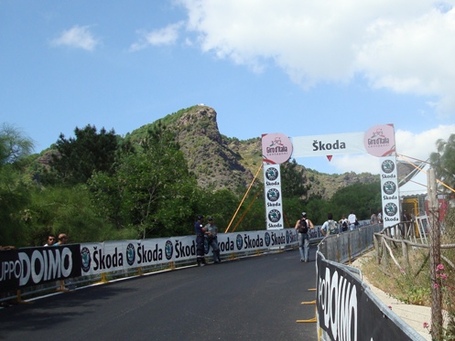 After finishing the climb, I rode back down to the observatory, where the pressroom was set up, to have lunch and wait for the race to come by.  The observatory was really cool, with a great slideshow of paintings and photos of Vesuvious and its various eruptions over the centuries.  Unfortunately, the stretch of road near there was the flattest part of the climb, so it wasn't the best place to watch the race or take pictures.  Since I was riding, I only had my pocket camera with me, and it's not really up to the task of shooting high-speed racing. 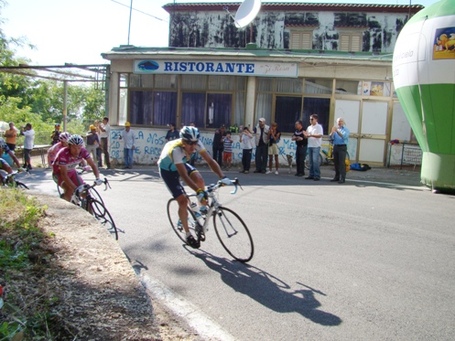 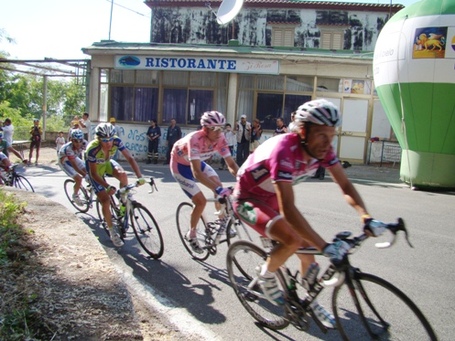 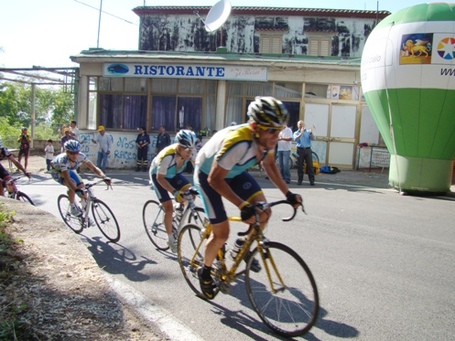 The tour group guides decided to take the bus back to Sorrento early, and there was no way I was riding back, so my bike and I took the train from Ercolano back to Sorrento.

The next day, we went to Anagni, and again, I took the train by myself to Rome when the guides decided to leave with the bus before the race finished.  Next year, I'm definitley going to pass on the tour group thing and just travel with a rental car and my bike.

Philippe Gilbert was the stage winner. 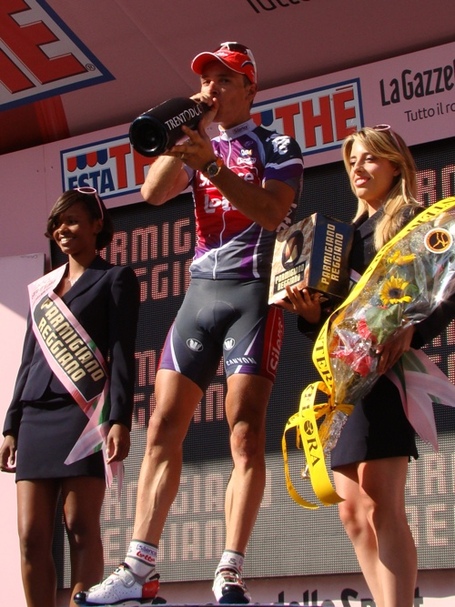 Lotto teammate Jonas Ljungblad had this reaction when he rode across the finish line and saw Gilbert on the podium. 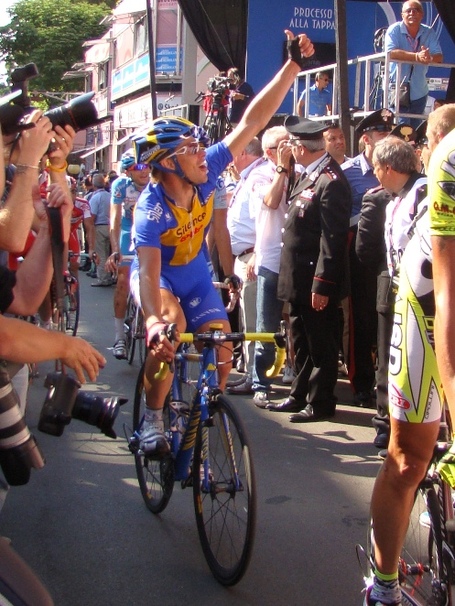 Ti-Thomas, looking all grown up, finished second on the stage. 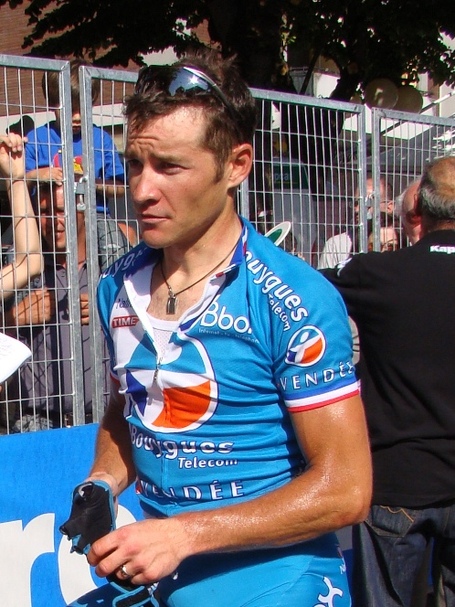 Liquigas was leading one of the Giro's many team competitions.  I think it might have been the hottitude classification. 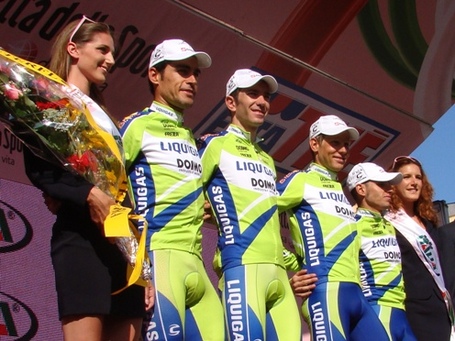 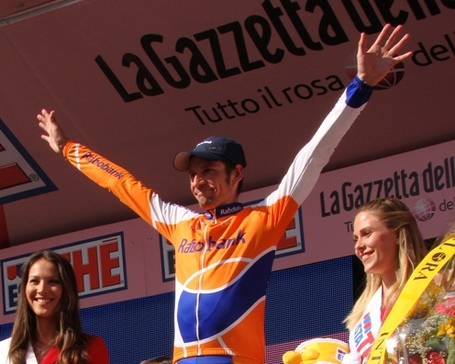 Di Luca smiled on the podium as the tifosi chanted his name, but a bit later, he looked sad as he sat on the Processo alla Tappa stage. 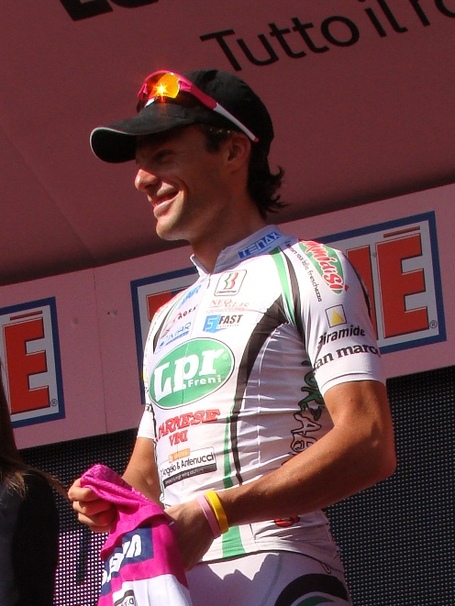 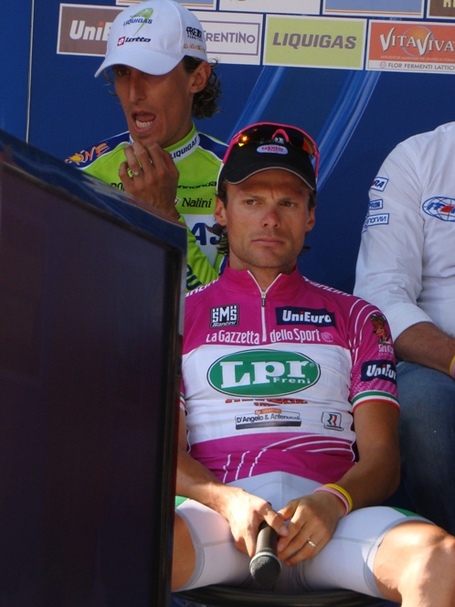 Basso's tan is coming along nicely.  Will his form follow suit? 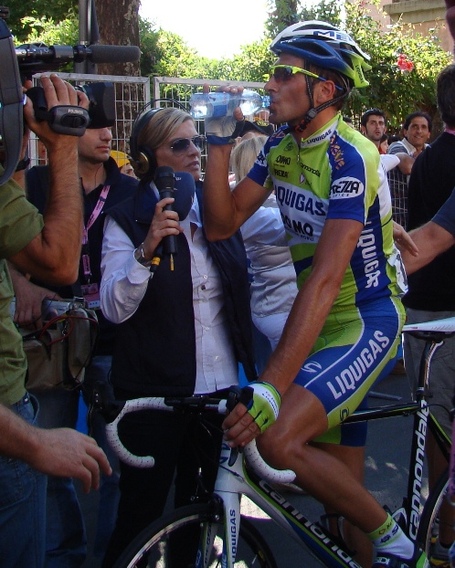 No happy reunion for these two former teammates, from the looks of it. 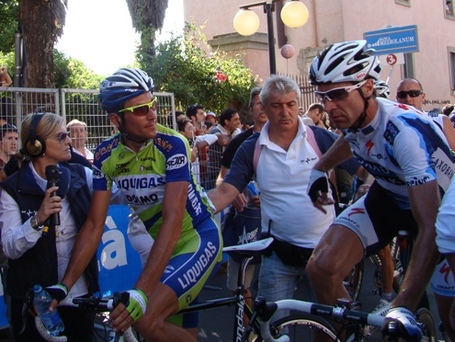 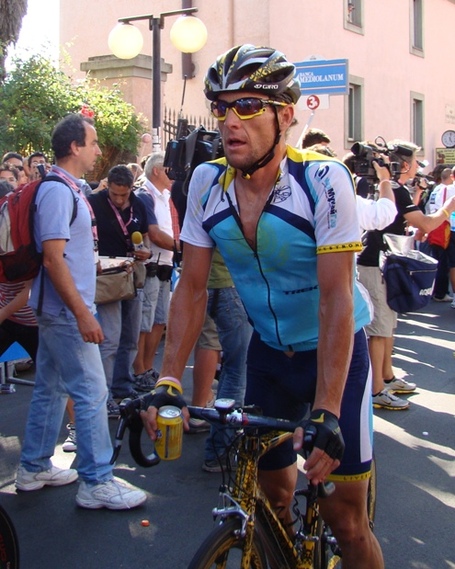 At the press conference, Gilbert seemed a bit bored as Menchov's Q&A dragged on, but he was all smiles when it was his turn. 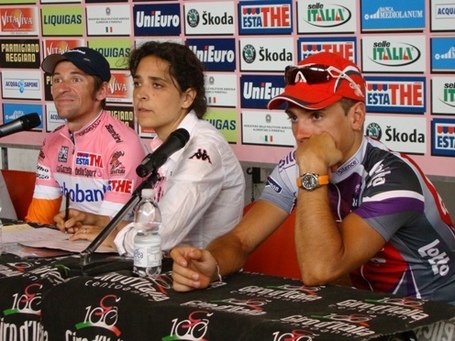 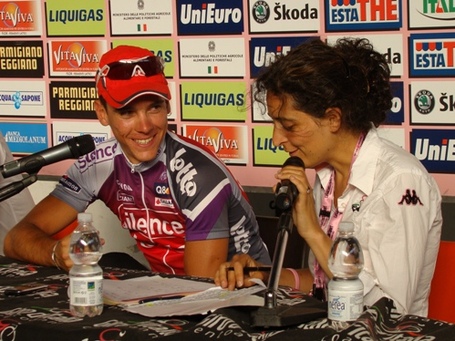 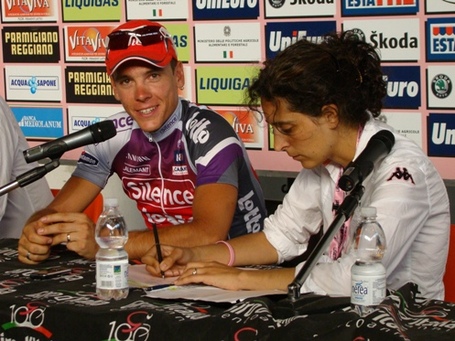