The work you see the riders do during the race is just a part of the enormous effort that goes into pulling off a race of this size.  Most of the teams arrived last night, and the mechanics have been working since this morning.  The staging crews started work even earlier, with most of the course railings and much of the signage being put up in yesterday's driving rain.    Here are a few photos of that behind the scene work. 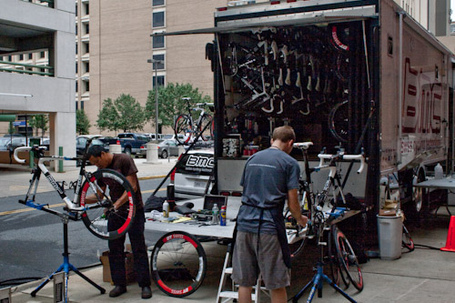 The work of the race starts well before the race itself. 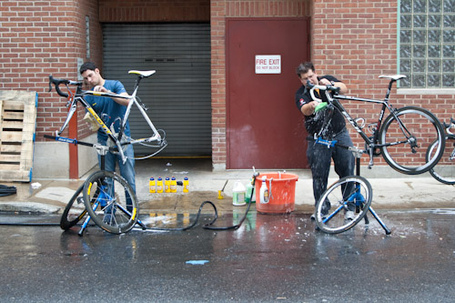 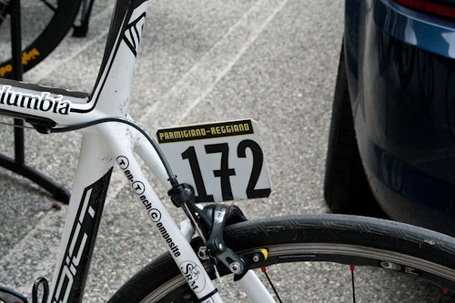 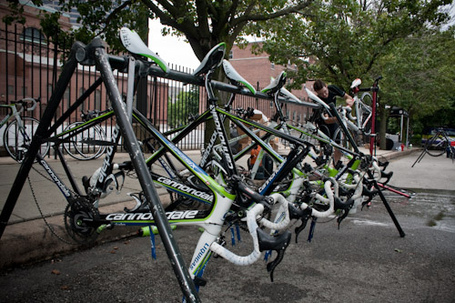 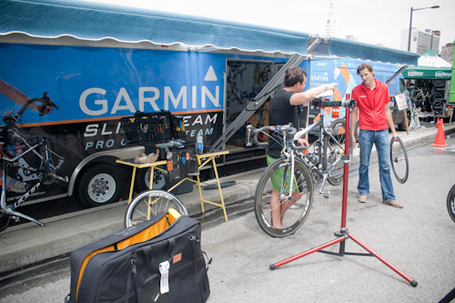 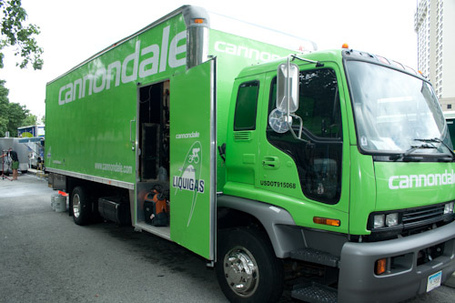 Liquigas' own trucks are an ocean away, but this'll do. 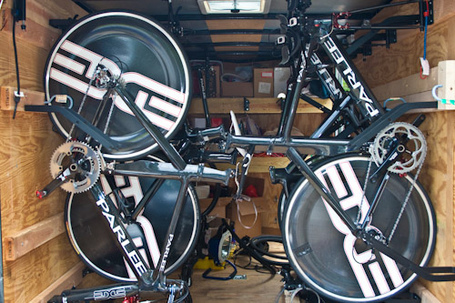 Fly V is a little more efficient with the space. 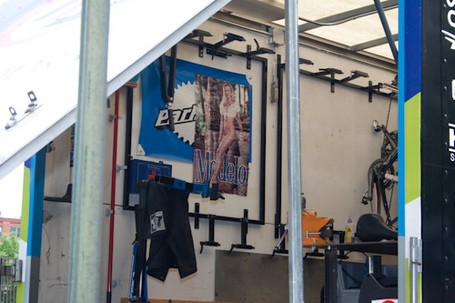 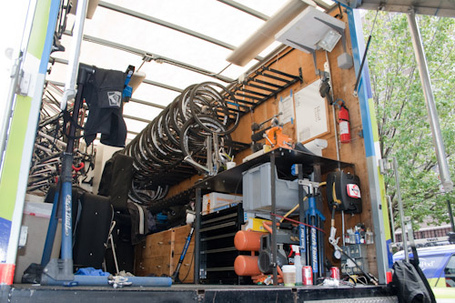 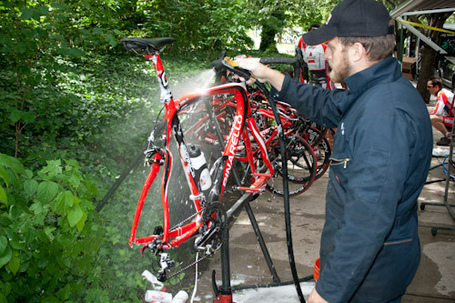 If you look closely, there is a label that says "Not for Jimbo." 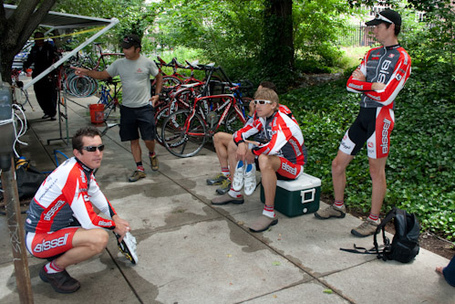 Bissell waiting to head over to the team presenation. 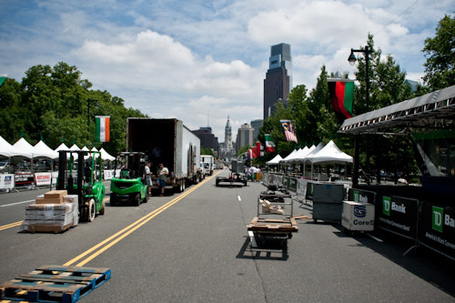 Still working on the start/finish.

The men's and women's team presentation for the TD Bank Philadelphia Cycling Championship and Liberty Classic also took place just off Eakins Oval.  A little later, we'll see a few (okay, more than a few) shots from that.  But first?  Some food.