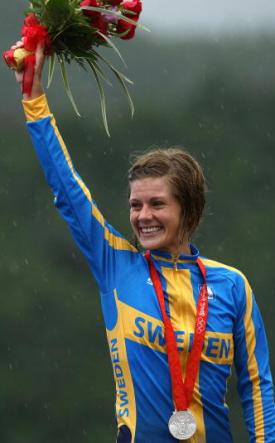 Time to get back on track with this run-down after the long Xmas break, although the lateness does give me a slightly better chance of these previews still being relevant when the season starts, or if not relevant at least sort of correct. Just a month ago the former Equipe Nurnburger looked to be the most stable and settled of the women’s teams. But did I ever mention where I finished in the 2009 VDS? So far I’ve been skipping from country to country, and this time we were due to head to Holland for the first time, but then someone sat down, did a head count, and realised that with five Belgians and four Dutch on the team they were now officially Belgian, at least in the eyes of the UCI. I hope that their sponsors, one of whom, EBH Elshof, talks of providing sponsorship for local teams and is also a sponsor of new Continental men’s team, Cycling Team Van Vliet - EBH Elshof (Why are they all facing away from the camera on that page? Could the red shorts have anything to do with it?), understand how this came about.

Two years ago RedSun Cycling Team were one of the top Dutch amateur women’s teams. Last year they stepped up to become a UCI registered team, snaffling star rider Emma Johansson from the recently folded AA Drinks to follow the classic "Snow White and the Seven Dwarves" team model of one star rider plus support. As a plan it worked well. Emma led the World Cup standings for a large part of the season and was only in the end beaten by Dutch star Marianne Vos. For a Dutch sponsor things couldn’t have worked out much better. The new riders signed up this winter suggest that the team plan remains unchanged. There is no plan B.

Emma Johansson’s story shows how tough it is for women outside the traditional cycling nations to break through. Back in 2005 she took a job as an au pair in the Netherlands in order to be able to race in her time off. In six months she got herself noticed enough to get a contract with the Diqui of its day, Bizkaia Panda software Durango, and since then she has done better year on year. Now that’s relatively easy to do when you are talking about cracking the top 100 or the top 25, but when you are number 3 in the world it gets a lot tougher. Especially when the only one of those above you that you actually go head to head with is Vos. Suddenly the decision not to spend money on a plan B starts to look good. Expect to see Emma win and place on the hillyish classics, but get burned off by the big sprinters on the flat and the little climbers in the mountains.


This year Red Sun have a second Swedish rider on the team, twenty-two year old Marie Lindberg, newly escaped from Equipe Nurnberger (and I bet that she’s glad to have got out when she did). Last year she picked up enough points on the Tour of Chongming Island to jump up into the world’s top 100


If you want to read about what life is like for an ordinary domestique then take a look either at Emma Silversides’ website or the blogs she writes for Cycling Weekly. It may be at times a bit of a hand-to mouth existence, but even at its worst it beats working for a living.


But everything so far is really just a warm up for the real star of Red Sun Cycling, at least in Podium Café terms, Miss Ludivine Henrion. Ok, she’s the Belgian champ, so deserves some recognition for that, but even better she has a joint website with boyfriend Olivier Kaisen from Omega Lotto that gives everything that has been missing from these previews so far. You want dolphins? She’s got dolphins. She’s got camels too, plus Egyptian statues, toilet paper mummies, bubble massages, codpieces, billets-doux in the sand and much much more. No couple should be this cute in real life. The closest you'll ever get to a real life Loulou and Chouchou?

The full squad line up is thus

And the DS will be Heidi Van de Vijver, a star of Belgian racing in the late 90s. I don’t know anything about the Belgians and Dutch who make up the rest of the team, but I suspect that I won’t have learned a lot more by the end of the season. I wonder if they will even bother turning up to races if they haven’t got Emma with them.