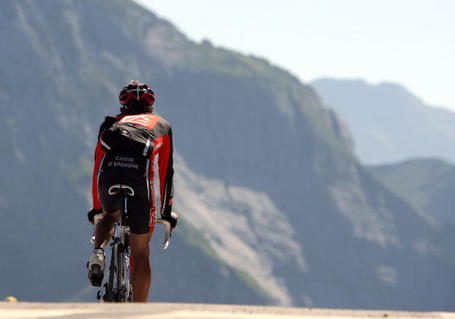 Caisse d'Epargne, a French bank and title-sponsor of the Caisse d'Epargne team, will end its involvement in cycling at the end of the 2010 season. The team will compete throughout the season, François Pérol, the president of Caisse d'Epargne (BPCE), told L'Equipe.fr today. "There will be a Caisse d'Epargne team at the Tour de France in 2010, but this is a contract that will end in 2010," he explained. The contract "will not be renewed," Pérol confirmed. One of the "bigs" of professional cycling, the team includes last year's Vuelta a España winner Alejandro Valverde and Paris-Nice winner Luis Léon Sánchez. The team boasts numerous major victories, including a Tour de France win in 2006. The team is currently racing the Tour Down Under in Australia.

Caisse d'Epargne will replace its involvement in cycling with sponsorship of the French Olympic teams. The company has signed on to be the banking partner of the French Olympic teams in Vancouver this winter and in London in 2010. Pérol also explained that Caisse d'Epargne will put its sponsorship muscle behind Annecy's bid to host the 2018 winter Olympics. Though Valverde's on-going legal problems have prompted speculation that the team sponsor might withdraw, Pérol makes no mention of the Spanish rider's troubles. "The values of the Olympics seem to us to correspond well with the values of BPCE," noted Pérol. The Olympic Games has a voracious appetite for sponsors and during Olympic years, it can be difficult for other sports to secure sponsorship support. The team managed by Eusebio Unzue will likely not have an easy task in replacing their title sponsor.