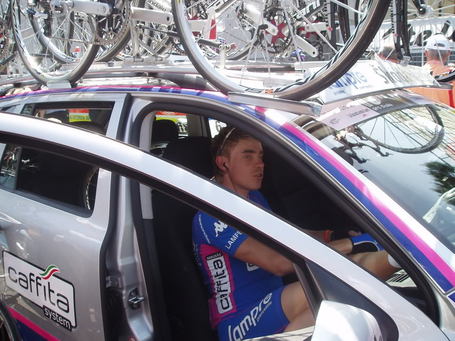 According to Tuttobiciweb, the UCI has not yet gotten around to deciding the future of Lampre-Vini Farnese. You may recall that during the first round of Pro Tour licensing shenanigans, the UCI deferred the case of Lampre-Vini Farnese to the License Commission. The suits in Lausanne neglected to explain the reason for this decision, and it remains something of a mystery. Certainly, team manager Giuseppe Saronni had no idea why the team did not receive its Pro Tour license, a license the team has held for several seasons now.

Well, the mystery continues, for Lampre still has no license to race and it remains only two weeks until the Tour Down Under. Enrico Carpani, who holds the unenviable position as spokesperson for the UCI, told Gazzetta dello Sport that he didn't know anything about the situation. "I know nothing." Remarkably informative. Thank you, Signor Carpani. It also remains unclear whether the License Commission has met. I picture a long table with some sort of arcane seal on the wall above it. Also, there are Bond villainous-looking individuals at the table. No doubt it's all far more prosaic than that. But a girl can dream anyway. With the clock ticking down on the off-season, villainous or no, the License Commission had best get to work.

In other license-related news, Rock Racing is still waiting for a decision on their Pro Continental license for the season. Similarly to last year, the team did not submit all the necessary paperwork (and perhaps also the necessary bank draft) to receive its license on the first pass. 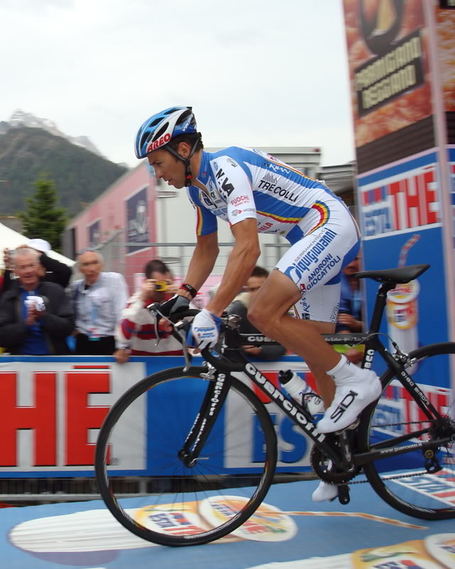 In the case of Rock Racing, the stakes are high.

Joe Lindsey reports in today's Boulder Report that Gilberto Simoni has an agreement to sign with the team. Wait. Let's just stop here for a moment. Simoni to Rock Racing. Seriously? That transfer would likely open the door for Rock Racing to ride the Giro d'Italia. Francisco Mancebo, Oscar Sevilla, and Gilberto Simoni at the Giro.

The Simoni to Rock Racing transfer is the latest in a string of stories connecting Simoni to various teams, including one story involving a reunion with Simoni's former nemesis Damiano Cunego. Apparently, the two-time Giro d'Italia winner is playing hard to get. He had best scrutinize the financials before signing on with Rock. Rumor has also connected Floyd Landis with Rock Racing, but no confirmation of that story has yet surfaced.