It's Official! Ted King and Tim Duggan to Liquigas

Share All sharing options for: It's Official! Ted King and Tim Duggan to Liquigas 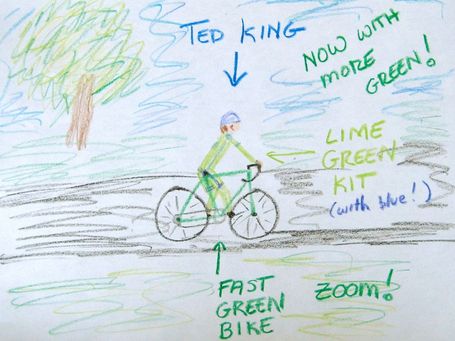 Team Liquigas-Cannondale has today confirmed that Ted King and Timmy Duggan will ride for the Green Team next season. According to Amadio, the two riders are the first Americans in the history of the team. Liquigas also announced the signing of Mauro Da Dalto, Alan Marangoni, Simone Ponzi, Cameron Wurf, and Dominik Nerz. Wurf is the first Australian and Nerz is the first German. Alternate headline: Liquigas adds international flavor. The team roster for next season is now complete.

Press release below the fold.

“We found what we need,” said Liquigas Sport Team Manager, Roberto Amadio. “The new arrivals guarantee a high level of reliability and will greatly contribute to the team. We’re excited to work with the new riders and are thrilled to welcome back Da Dalto to the 2011 team.”

“Cannondale is committed to pushing the envelope of road racing with the end goal of having the best riders race and test our products. The additional athletes joining the Liquigas Pro Cycling team for the 2011 season share Cannondale’s commitment and passion to the global sport of cycling, ” said Bob Burbank, General Manager, Cannondale.

Mauro Da Dalto, born in Conegliano (Treviso) on April 8th, 1981, wore the Liquigas green and blue jersey from his debut in 2006 through 2008. He’s a long distance rider and rode with Lampre-Farnese for the past two seasons.
Timothy “Timmy” Duggan was born on November 14th, 1982 in Boulder, CO (USA). Duggan became a professional in 2005 and is known as a gifted long distance rider, coming back from a near career-ending injury, collecting two victories with his current team, Garmin Transitions.
Ted King is a long distance rider born on January 31st, 1983 in Brentwood, NH (USA). King has been a professional rider since 2006. King will end his season with team Cervelò, where he claimed six career victories.
Alan Marangoni, born in Lugo (Ravenna) on July 16th, 1984, became a professional rider in 2009 and competed with Colnago-Csf last season. He is a strong long distance rider with good time trialing abilities.
Dominik Nerz is a well-rounded rider born in Wangen (Germany) on August 25th, 1989. Nerz turned professional in 2008. While at team Milram, Dominik was awarded the Most Combative Award at the Grand Prix Cycliste Quebec City.
Simone Ponzi, born in Manerbio (Brescia) on January 17th, 1987, is ending his second season as professional with Lampre-Farnese. He’s a complete rider, and in 2007, he claimed the title of Italian Champion Under 23 Division.
Cameron Wurf was born in Hobart (Australia) on August 3rd, 1983. Wurf raced the 2010 season with Androni-Diquigiovanni and has claimed two career victories to date. He became a professional in 2007 and has strong potential as a long distance rider.