What You Need to Know About the Giro del Piemonte

Share All sharing options for: What You Need to Know About the Giro del Piemonte

First, it has a killer logo:

More fascinating insight along these lines... on the flip!

The course starts in Novi Ligure, the adopted hometown of none other than Fausto Coppi. Not that he indulged this story line by winning the thing, even once. Maybe if it finished in Novi Ligure things could have been different. For some reason this didn't cross anyone's mind when the race came into existence, 13 years before il Campionissimo was born.

The course meanders westward to Fossano, just outside the more cycling-famous Cuneo. But while the Piedmont region is known for the Alps and the Appennines, the former are distant memories and the latter appear only between km 90 and 140 of a 184-km course. More grafichi: 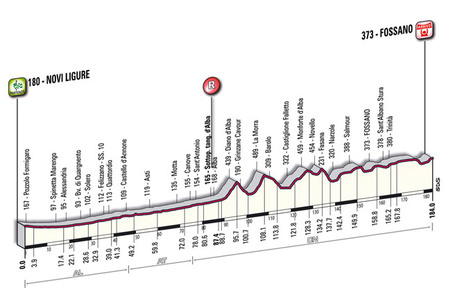 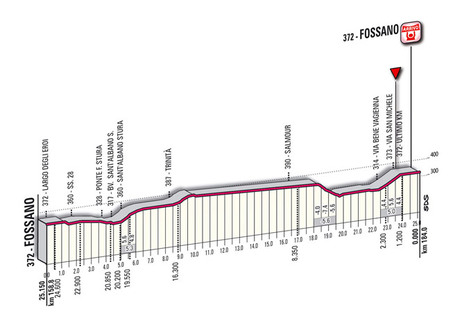 A 5% incline for a full km, inside the last three... somehow I don't see that bucking the trend of sprinters winning.

The winningest winners in Piemonte are some of the names you might expect. Costante Girardegno, Fiorenzo Magni, Aldo Bini, and Gino Bartali all won three. Among the dual winners are Alfredo Binda, Nino De Filippis and Felice Gimondi. And Daniele Bennati.

... and Claudio Chiappucci. Other climbers who've scored here include Gianni Bugno and Richard Virenque. But for me there are too many Guido Bontempis and Tashkent Terrors on the honor roll to get distracted. It's not that selective.

Which leaves the 2010 edition. Take your pick among the following:

Oh, and if anyone has some ideas about video, I'm all ears.