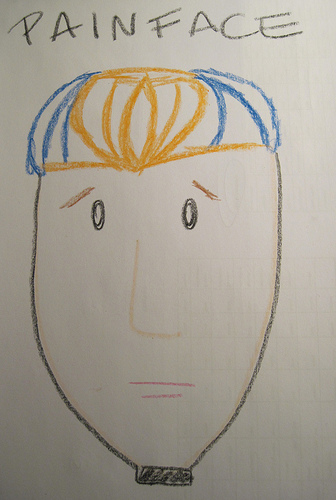 Or, in fact, reading about anything having to do with the UCI and rules. Anyway, today, they announced the 2011 pro tour teams. It's fun! It's early! Now with less France!

This shocking lack of France gives me sadface. Yes, France only boasts one Pro Tour team, beginning next season. AG2R-La Mondiale received the nod, while Cofidis will receive a Pro Continental license. Presumably, Français des Jeux will also race as ProConti, though the UCI press release doesn't say anything about the team of Marc Madiot. Madiot hearts him some UCI and surely is fuming at the new method for determining team licensing.

The Geox-TMC team who boasts grand tour winners Carlos Sastre and Denis Menchov also failed to please the UCI and will race as ProContinental next year. The Geox should receive wildcard invites just fine, thanks to their off-season shopping. Menchov and Sastre, who not coincidentally told the press he'd ride all three grand tours, should be sufficient draw.

Teams newly added to the ProTour club include Movistar, Vacansoleil (Riccò!), Luxembourg, and BMC. Also, the Orange kids, Euskaltel-Euskadi received a license. Check the presser for the full list. Apparently, we get one more press release in early December with all the licensed teams. Yew! I so can't wait.