Thanks to technical difficulties, not the least of which being the fact that my hands were occupied, the mussels liveblog requested by various people did not happen. However, I wrote down some words before the alcohol kicked in, so here's your post-mussels report. First, to start off: 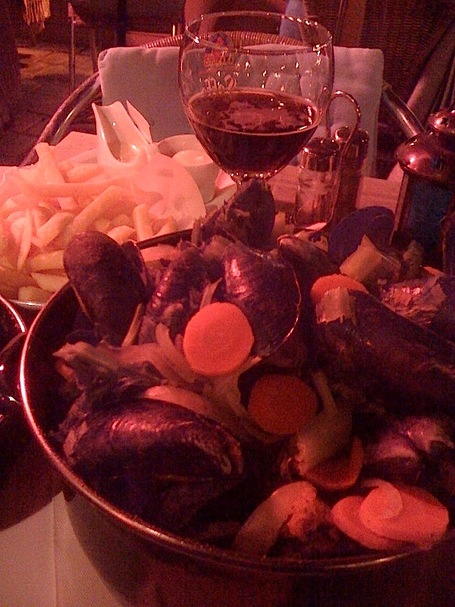 I am not proud of the exposure, but it was night and I didn't want to call attention to myself with a flash. A few points: 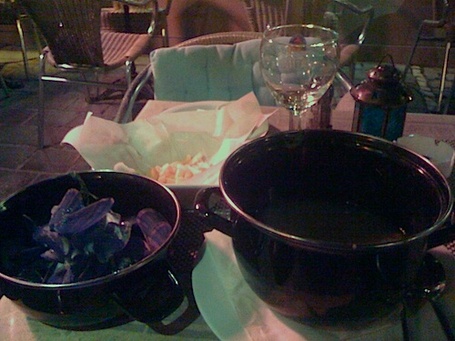 First, if that shell bowl looks a little light, it was emptied twice before this picture was taken. I respect the mussels. Post-meal included two small dark chocolates, local of course. Also gone. I crushed this meal like the lower slopes of the Korte keer.

The only complaint was that the Leffe was from a bottle. But before you respond, the answer is yes, I did go to a pub afterward. Bier van de Maand = joy. But the first pub I stopped at was actually out of beer. The reply was that they are closed on Tuesday and the beer truck arrives Wednesday morning. Not sure about the whole closed thing (HTFU), but I do respect a pub that practices the sophisticated, Japanese "just in time" inventory methods. Last stop: 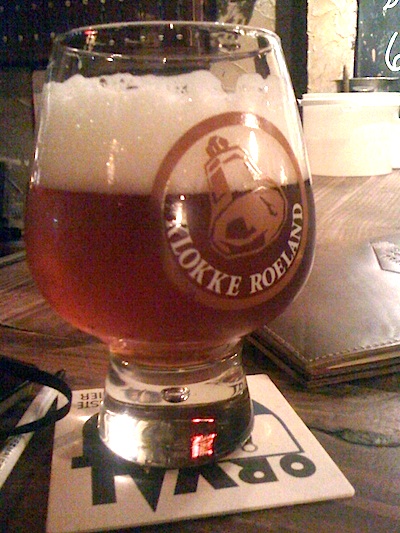 Grainy photo, again underexposed, but a very smooth, tasty local house brew at the Bier Huis a block away. Alc content 11%. Among the key lessons are: darker is not necessarily stronger (and lighter does not mean weaker); trippel is not stronger than dubbel (it refers to the number of cycles, not content; alcohol content is a side effect, not the goal). Sip, don't gulp. And ask for the menu if you're to have even a prayer of choosing wisely.

OK, time to write up my Koppenberg piece.