As discouraging as my VDS team's "performance" has been (two temporary suspensions, three cobbles aces with zero points, etc.), I still find it enjoyable to spectate on how the season is progressing. And one particular plotline I will continue relishing is Boonen vs. Cancellara: the Virtual Smackdown!

Fabian Cancellara may think he's getting the last laugh, but where it really matters (our fantasy game) it may be Tom Boonen or his owners who laugh(s) loudest. Right now these two rank 1-2 in points, with Boonen's consistency outpacing Cancellara's wins by 85 points. Every VDS team currently placing in the top ten has one rider or the other, or even both. The teams with both are on thin ice, since they spent 50 points and used their 24+ chit without landing a grand tour rider from the upper classes, though that chapter remains unwritten. Anyway, as between the teams with one of them and a grand tour ace, which of Cancellara or Boonen does more from here on out will heavily influence the ultimate race. Let's peer into the crystal ball for a moment...

On the flip. Warning, there may be math.

For Boonen owners, you have the following to look forward to:

Given the four-figure margin of error here, you can call that a dead heat. I would tend to favor Boonen slightly, though that just might be bias since I'm a big fan. Still, his sprinting gig does tend to nab some easy points, and his potential wins seem a bit more likely than Cancellara's, except for the worlds. In the bigger picture, however, Boonen is easily more valuable (assuming they both continue to do well), for one huge reason: Boonen owners could afford to buy Alberto Contador too; Cancellara owners were barred by the one-24+-guy rule. So take that Mr. Double-Monument winner. 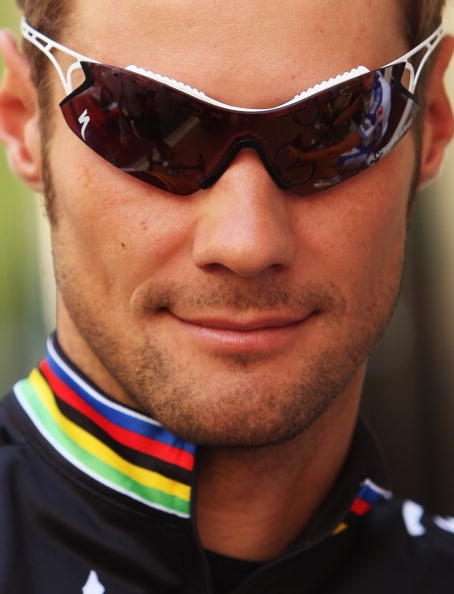