Before I begin my repast, let's look at La Fleche in depth.  It all began in Spain, on stage 3 of Castilla y Leon...on a day that hardly any of us witnessed...

It was a rainy and windswept mountain that saw three intrepid Spanish goats break free of the pelotonL Zeke Mosquera, Alberto Contador, and Igor Anton. Soon they were joined by Juan Mauricio Soler and the four spent the last 10 kilometers attacking each other until finally the Euskie broke free for a 13 second win.

The next day's time trial saw Bert cruise to victory although Anton ripped off one of his better time trials ever, proving that his climbing win was no fluke: this guy was finally in the best form since his bad crash in the 08 Vuelta.

Fast forward to La Fleche and the bottom of the Mur de Huy. Andreas Kloden took off but as soon as the climb got nasty, he practically stopped. A little jockeying commenced and out popped Igor Anton, quickly followed by Contador who had to be wondering of C&L was about to repeat itself. Together the two kept their lead up, up, up almost to the top where Bert finally managed to steer around Igor. Bert looked like the winner when, just as the road started to level out (5% grade?) Cadel Evans, who had been stalking the two Spanish riders, zipped around Bert and claimed the prize.

Great victory by Cadel and the race was a textbook example that for cyclists each race is part of a long series of contests where they continually re-rank themselves and the biggest danger is to re-race the last race. The rankings and dinner on the jump...

Key: The first number in parenthesis was the pre-AGR ranking, the second, the post-AGR ranking.

Gilbert 5th at La Fleche keeps his position as the rider with the two best results. Once again Jurgen Van Den Broeck provided timely help. Phil-Gil has to be on the short list of LBL favorites.

J-Rod scores the quietist 2nd place in the history of mankind. Before that Katusha was lighting up the race from all sorts of angles. If it wasn't one of Ivanov's repeated attacks, it was Vorganov in the break of the day, or Kolobnev's serious late escape.

The only team that's got two podiums and by two different riders. And now for LBL they add Vino. Three for three? Step back a second and notice how this Astana quite a bit different from the Bruyneel Astanas.

The only reason they are down here is because this is mainly a one man show and this is a team ranking. But honestly all five teams here are a cut above the rest and very close to each other. Now, mmmmmmmm! 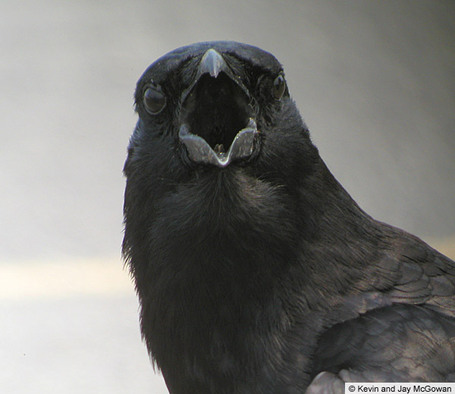 What I said last time:

"And I wonder (Evans fans shut your eyes!) if the rigid team hierarchy is more because of Evans than anything. Like I said above, Lotto, Evans' old team, executed their plan flawlessly. None of the problems that they always got into in the Grand Tours-or in the Ardennes last year. I am wondering if that cloud is following Evans to his new team.

I am sure a bunch of you are upset that I just wrote that. He's in great form as Jens noted in the post-race thread. But until I see an Evans trade team put him over the top I'll keep my suspicions thank you and you fans will have to keep hoping against hope that he'll prove me wrong. Call me a hater and I'l keep pointing to the scoreboard."

Well now! In the comments you have free rein to mock the living hell out of me.  I was wrong, wrong, wrong. No excuses. Cadel took my words and used them like a tire iron upside my puny head. About the only good thing I can offer is that if you have a rider who you want to really do well, just let me know and I'll write part of a post ripping your rider to shreds. With my insight I am sure your rider will then do everything you wish for.

As I said there's a big gap to number 6.

Cunego with a 5th place to add to his 6th at AGR. The good thing here is that Lampre seemed to notice at AGR that Saxo and Rabo just can't stop leading the peloton like they are stronger than the rest of the teams.

Not quite as good a result but still Hesjedal's 10th is a nice compliment to his 2nd at AGR. Plus Dan Martin snagged 18th. Another smart race.

Oi. I guess we always have known that Saxo has one main form of attack:

1) Make sure you have strength of numbers and mass everyone in the front around the halfway to two-thirds point in the race.

3) Eventually hope that one of your guys can get away.

Okay, me being snarky is not so good considering my recent track record.  It's very possible that one of the Schlecks wins LBL. But I must say that neither of them is showing the form that we saw with Cancellara who was not only on form but waaaaay better than everyone else.  This team just can't dictate terms. More famous last words by me? We'll see...

Bert De Waele folks! Bert De Waele! Guy's on the form of his life.  Hmm, how many can we say that of? Who is as good as they have every been? Gilbert? Evans? De Waele? Hesjedal? Anton? Nice company there.

Chris Horner!  There's another showing his best form ever! A 10th and a 7th place! Plus Kloden and Zubes finished 24th and 25th, respectively. Solid team here. Who knew?

Euskaltel, Liquigas, Rabobank, and so on.