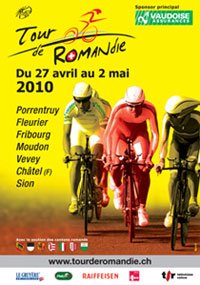 After another thrilling classics season, it’s time for some Alpine stage racing!

Roman Kreuziger will be back to defend his title on a very strong Liquigas team (rumoured to be including Ivan Basso?).

As usual, there are plenty of mountains to climb and with the the final day being an Alpine Queen stage the race should stay interesting throughout.

The Tour de Romandie has been raced since 1947.  Romandie refers to the French speaking region of Switzerland - approximately 20% of the population  - in the western edge of the country

TV Coverage Times here. Eurosport will be televising and I am sure as always that steephill.tv will provide other viewing options.
Detailed route maps  / elevation profiles here.


Tues April 27th:
Prologue - 4.3 kms.  This short course takes place in the beautiful, historic village of Porrentruy.  Classics fans will be pleased to hear there is a 400 metres cobbled section.

A hilly stage in the Jura mountains north of Lake Neuchatel.  Two category 1 climbs and a category 2 - and a few other bumps along the way.   Although the last 10 kms are downhill, the course may be well suited to a break-away.

This stage looks to be for the sprinters.  The course will pass through Fribourg twice before a flat finish. Although two category one climbs are listed .... they are tiny (100 metres ascent?).  Perhaps a typo by the organizers?  The course will climb twice the locally famous and steep cobbled climb "Lorette."  Anyone hoping to foil the sprinters will need to attack here.

It’s a short time trial, but to keep things interesting the first 7 kilometres are uphill @ around 4%.

The last two beautiful stages are in the Alps and designed for the climbers:

For the first time in more than 40 years, Romandie will have a stage finish in France.  Starting in Vevey (Switzerland), the route will pass UCI headquarters in Aigle before turning up into the French Alps climbing the Categorie 1 "Pas de Morgins."

The top of the climb is the Swiss / French border - passports please and maybe a quick search of a DS support car. They will then enter Haute Savoie and the beautiful Abondance valley famous for it's cows / cheese. Moo!

The "Queen" stage.  It’s very short, but has three "real" climbs. I often complain that non-grand Tours exaggerate the climb classifications, but the three climbs in this stage are all legitimate Categorie 1 climbs.  And the final climb is a real leg buster.

Alex Moos - the sentimental local favourite will be riding his 12th and final Romandie.  He hails from mountainous Valais - the Canton (province/state) of this final stage:

<< It's clear that the the steepest climb is the third "Ovronnaz".  And will be followed by a very technical descent.  We can expect the a thinning (selection), with the leaders having to deliver themselves.  >>

Here's a profile of the final climb.  Ouch! (the race perhaps skips the last 1/2 km). 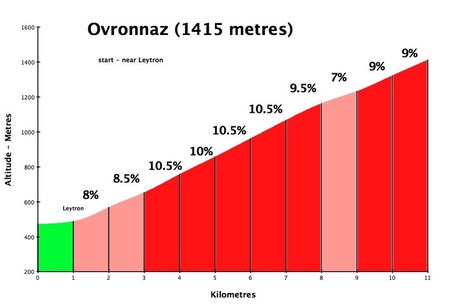 Sadly, it's not a mountain top finish, but the end of the descent is less than 10 kms from the finish.

I'll leave that to the Podium Café experts - but clearly defending champion Roman Kreuziger must be at the top of the list.  But there are lots of big names here.  Menchov, Karpets,  (Basso ?), Cavendish, etc.

After learning last year from some patient Swiss fans that  Morabito is Swiss and not Japanese - I'll be supporting the BMC team leader. 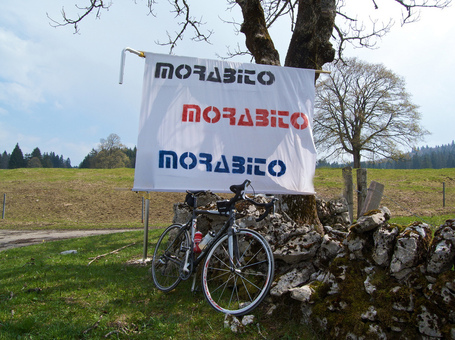 Hopefully the giant cycling cheese will make an appearance: 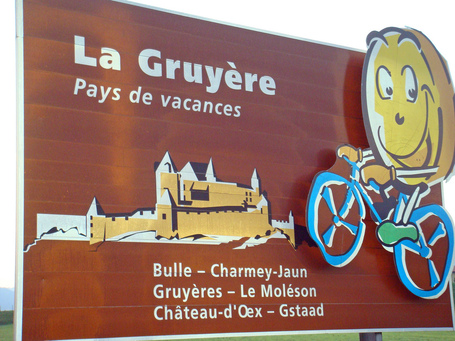