[Chris/Threadjack] Jens is driving all day today, so I think I'll steal his thread and post a few race photos. I was up on the summit of the Muur talking to the crowd when they closed down the road for the women's race. See below for the first three groups.

Not only did the PdC manage to park ourselves right at the right spot on the Muur to see Cancellara break Tom Boonen, I went out to the Molenberg earlier in the day to catch a glimpse of the women on the road and by a stroke of luck managed to get pics of the racewinner Grace Verbeke tearing the women's race apart on the muddy and slick helling. 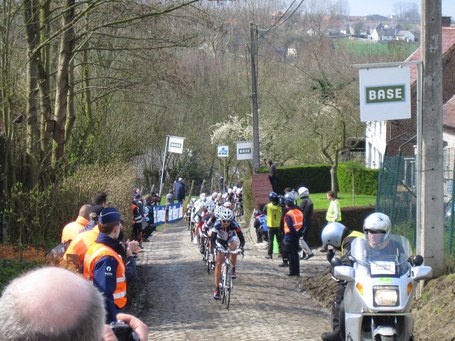 Here is Verbeke leading the peloton. She's piling it on.  See the rest of the action on the flip. 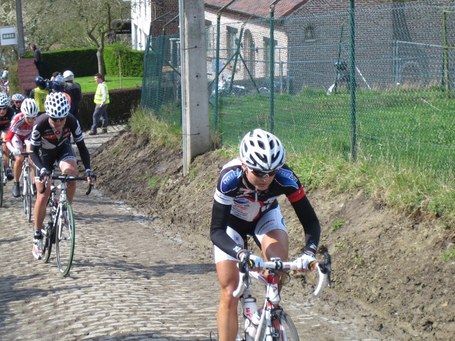 A gap opens up. It's not because she isn't trying hard enough. 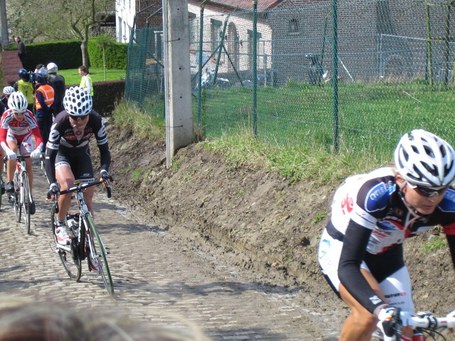 Riding the cobbles is hard 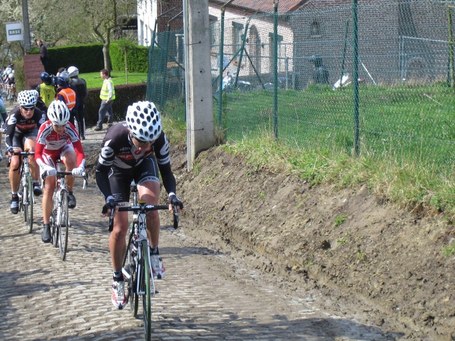 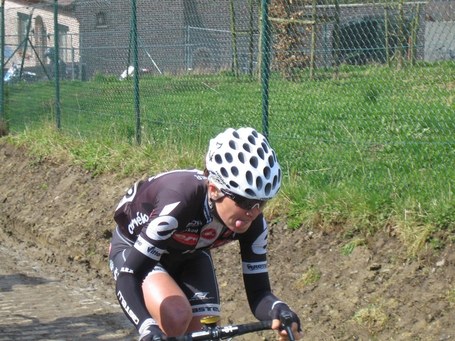 Close behind was HTC's Adrie Visser who would later bridge up to Verbeke only to be dropped again on the Bosberg. 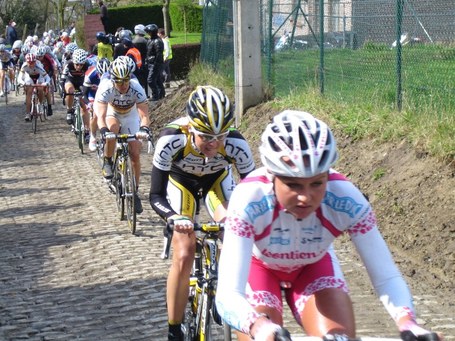 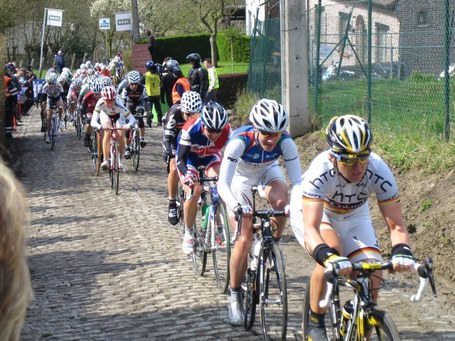 It was a beautiful and popular win for homefavorite for Grace Verbeke who has been there or thereabouts in all the races this season. Now she crowned a great spring with a solo-win in de Ronde van Vlaanderen.

Grace Verbeke came over with a good 30 seconds' lead. Love the first shot for the moment, but the second one is better quality. 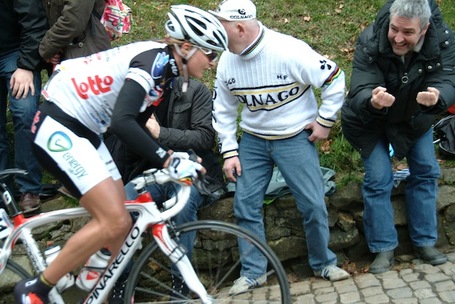 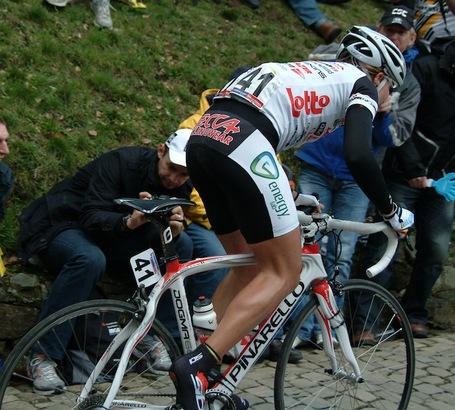 Now Villumsen and the second chase, about 20 seconds later: 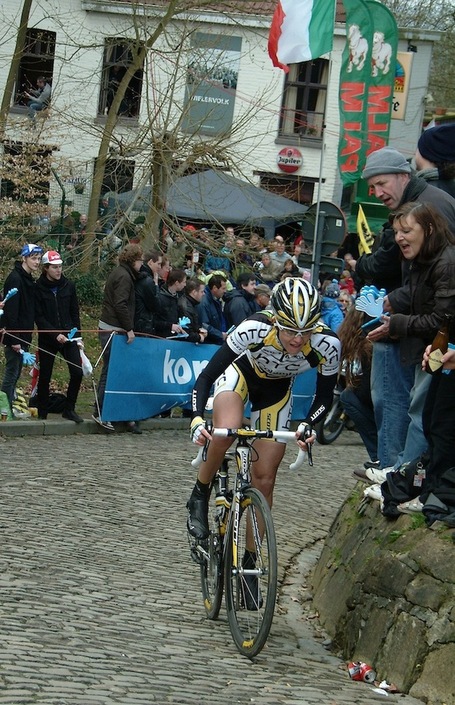 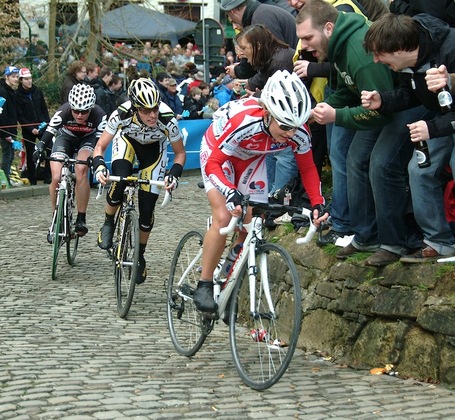