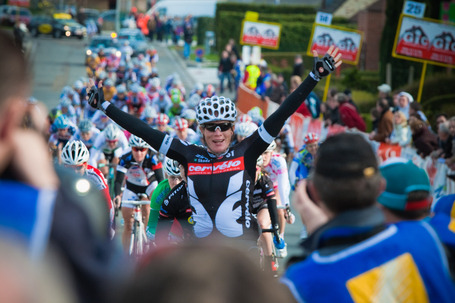 Cervelo Test Team's Kirsten Wild outsprinted Giorgia Bronzini (Gauss RDZ) and Monia Baccaille (Valdarno) to cap off an excellent team showing for Cervelo Test Team at the GP de Dottignies. Wild got dropped off at the front by teammates on the 250 meter final stretch with maybe 150 to go, and easily outdistanced Bronzini by more than a bike length. The day consisted of the usual assortment of thrills and spills, including a long attack by Cervelo's Sharon Laws and Annemiek Van Vleuten (Nederland Bloeit) for much of the last 60km. After gaining 90 seconds or so, the break saw its chances dwindle rapidly with three laps of the final circuit to go. On the penultimate lap, yet another Cervelo attack, this by Liselot Decroix, went and stayed out front of the field (following a brief shot by USA's Amber Neben that was closed down), and Decroix very nearly stayed away. The catch occurred sometime shortly before the sprint, leaving Cervelo's remaining riders to finish it off. Wild had the race won by 50 meters out. According to the race story at WomensCycling.net (to whom I am grateful for a few of the details beyond what you can glean from watching laps), Tatiana Guderzo's Valdarno team were left to chase Decroix's dangerous attack. Ideal tactics, as far as I can tell.

We didn't attempt any interviews but did talk with Tiffany Cromwell (Australian National Team) in passing at the end. She confirmed our suspicions that Monday's field started as a reprise of Sunday's Ronde van Vlaanderen peloton but with some folks either dropping out beforehand or early on, depending on their recovery. Apart from the town of Dottignies, apparently the roads were the typical cow paths with lots of spills. Some further scenes:

Laws and Van Vleuten on the attack: 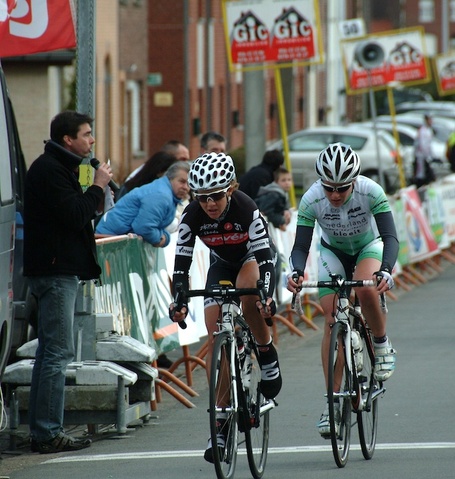 Red Sun and Gauss RDZ are forced to take up the late chase. Wild sits comfortably in about 10th, the taller of the Cervelos on the right: 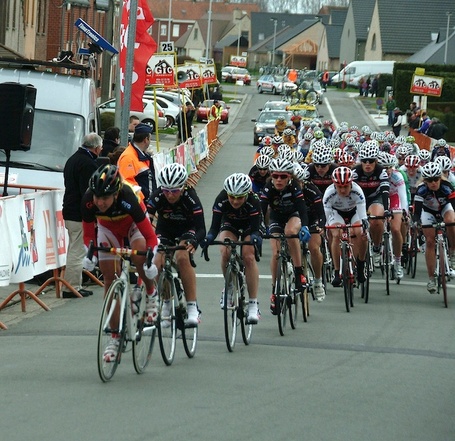 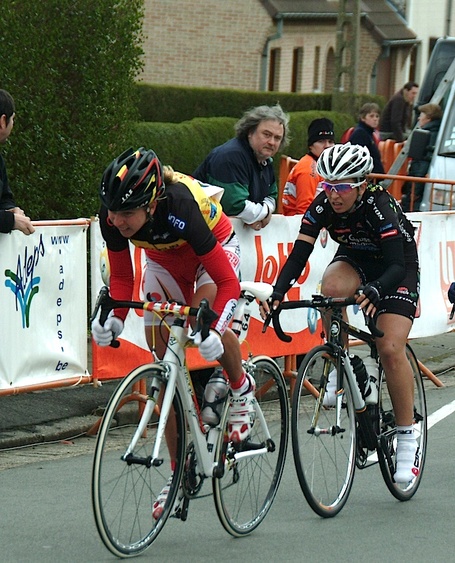 Wild puts the race away. Bronzini is in her slipstream, the only rider within three bike lengths: 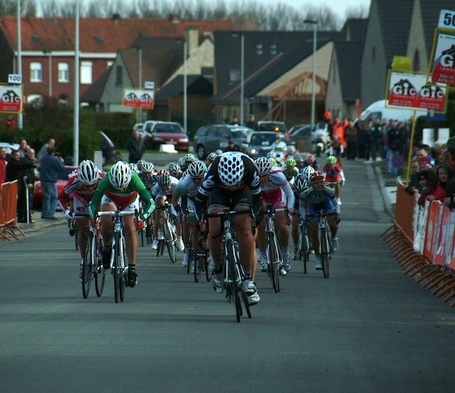 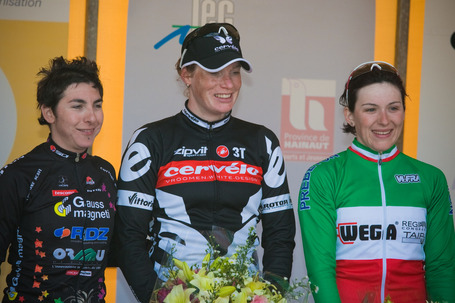