Giro d'Italia; On the scene in Carrara for stages six and seven

Share All sharing options for: Giro d'Italia; On the scene in Carrara for stages six and seven 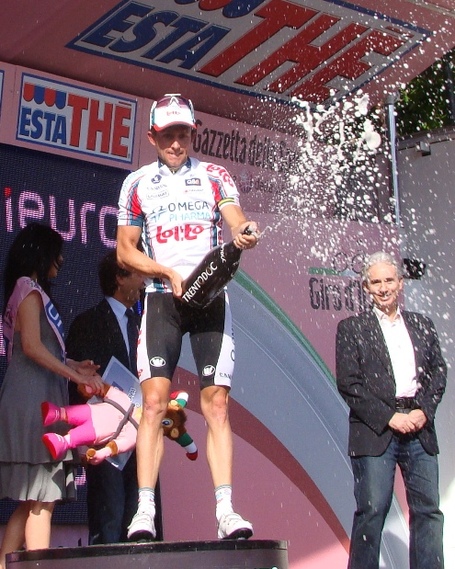 I've been without internet access for a few days, but I'm now in a nice little hotel with wifi in Rieti, at the base of the Terminillo climb.  It's raining here, and word is that snow is falling at the top, so I'll soon embark on the slow drive to the finish.  But first, here are some shots from the finish of stage six, won by Matthew Lloyd, and the start of stage seven.  Fellow PdC'er celerity joined me in Carrara for the stage seven start.

More pictures on the flip...

Second place finisher Rubens Bertogliati did an interview, then accepted the interviewer's congratulations. 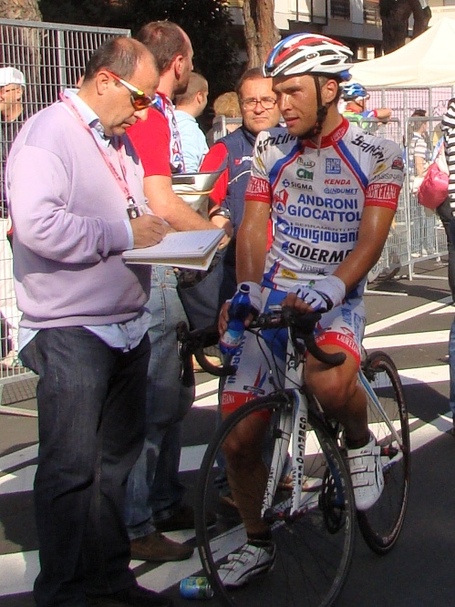 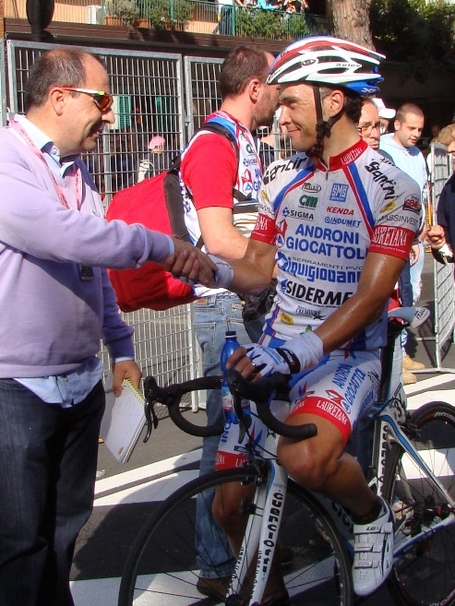 A dusty looking Pozzato finished fifth on the stage. 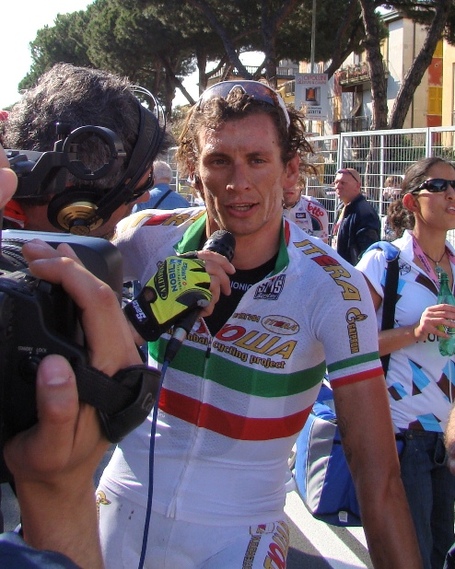 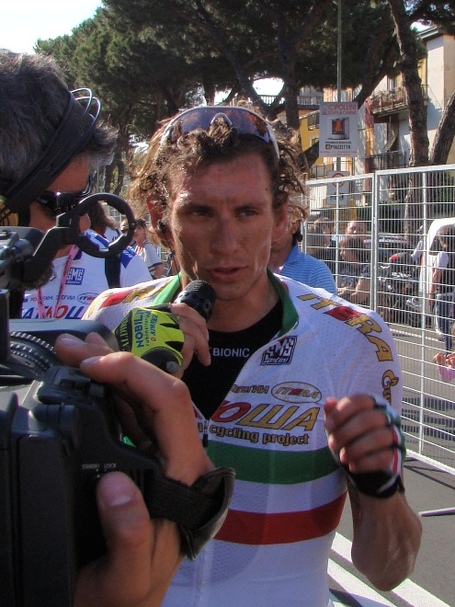 Sastre and Cuesta rolled in with the main pack. 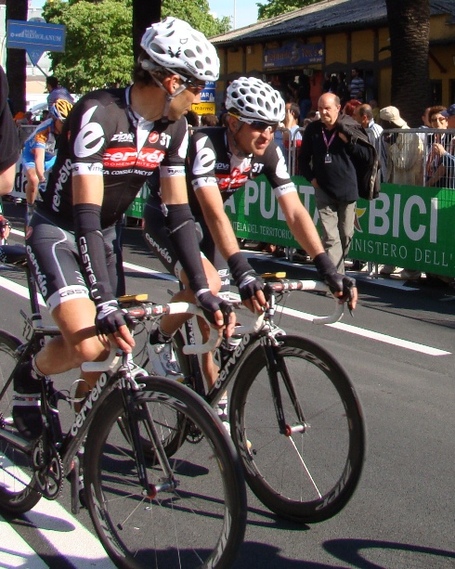 Petacchi finished coughing violently, exhausted from his efforts to bridge the gap to the leaders. 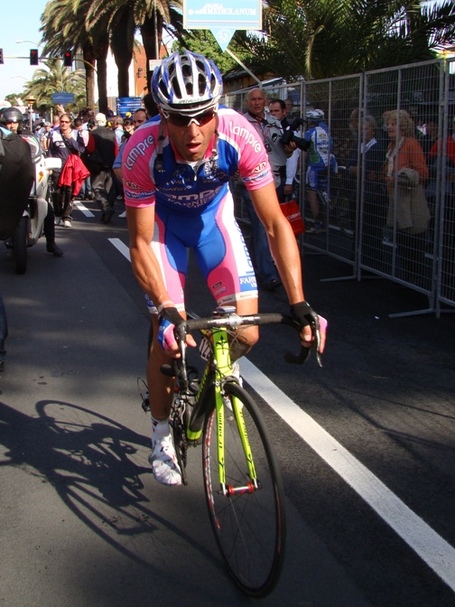 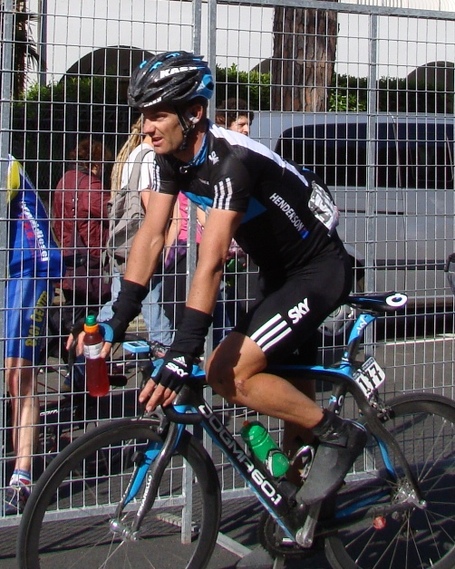 The enigmatic David Moncoutie glided silently through the finish-area throng 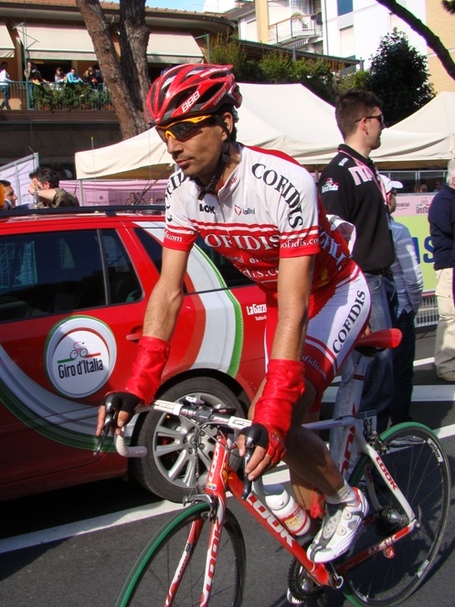 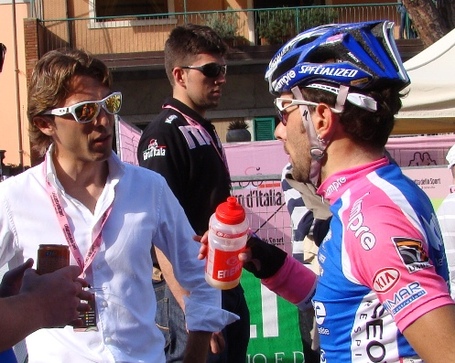 Nibali was joined on stage by a man who wore the maglia rosa in the Giro of 1938. 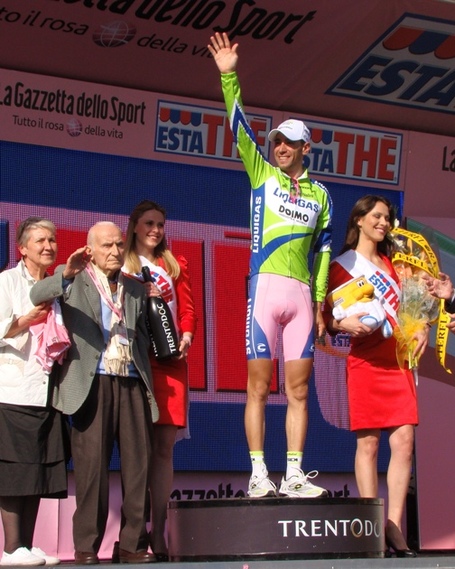 The next morning, I picked up celerity at the Carrara train station, and we made our way to the team bus parking area.  The weather was cool, and rain seemed imminent, which kept most of the riders on the buses until the last minute, so it was hit and miss walking from bus to bus trying to spot some riders.

We saw Andre Greipel come out to tape a copy of the stage profile to the top tube of his custom Gorilla-themed bike, then disappear back into the bus. 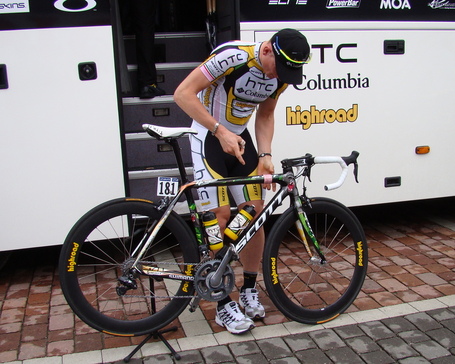 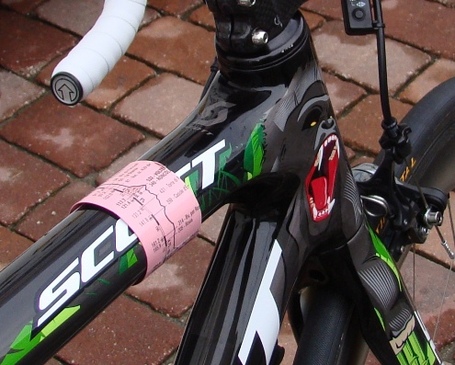 The Garmin bus prominently displayed a replica of Girbecco, who, as we all recall, disappeared under misterious circumstances after last year's Giro.  Spooky. 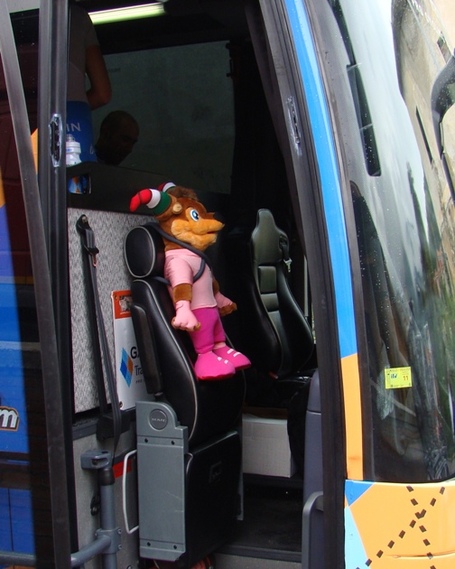 Pippo was one of the few riders who appeared early, and we watched as he accomodated numerous requests for photos, including one with the young son of his teammate, Evgeni Petrov. 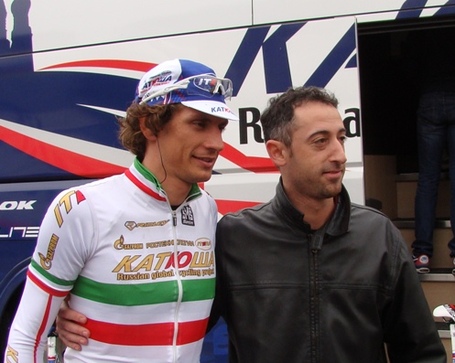 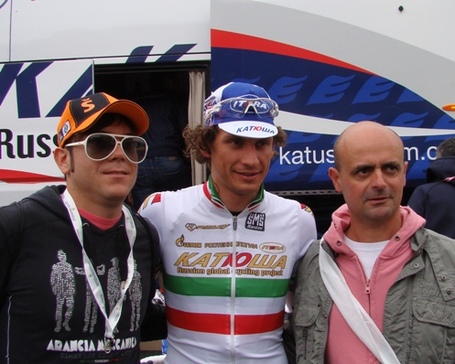 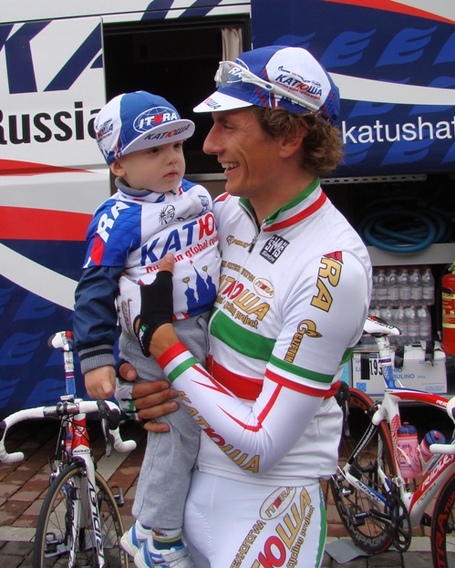 We ended up at the Sky bus when the riders finally emerged to make their way to the sign-in area.

Steven Cummings waited while his teammates got ready to go. 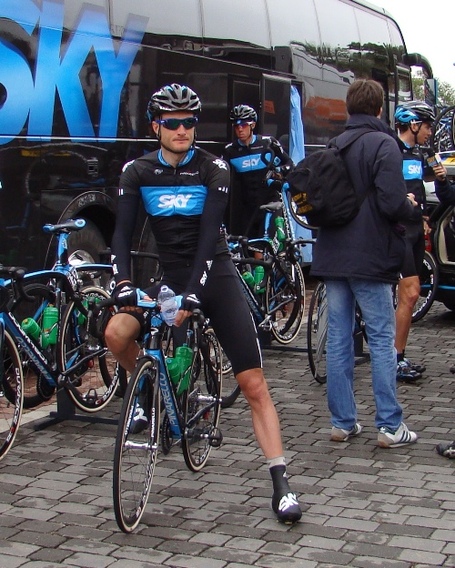 Michael Barry posed with a tifoso. 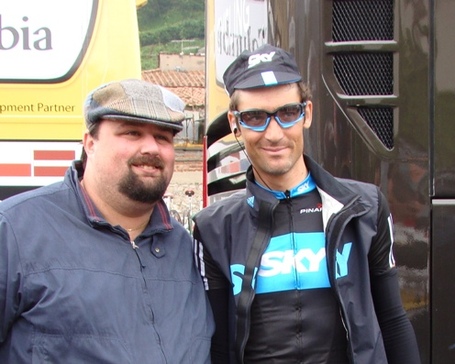 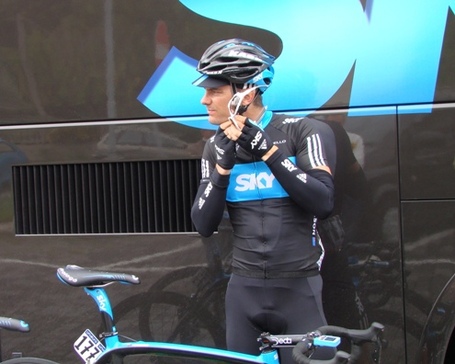 I asked celerity if she wanted me to get a picture of her with him.  She said, "no, he's already leaving," but he didn't seem like he was in a big hurry, so I said, "Greg, can I get a picture of you with my friend?"

He smiled and said, "sure."  Celerity was shy about striking up a conversation with him, but no worries!  He was very friendly, and took up the slack himself by asking where she was from.  When he learned they were from the same hometown in New Zealand, he leaned on his handlebars and settled in for a proper chat, asking Celerity what part of town she was from, and whether she had come all the way to Europe just to watch bike races.  I asked him what he thought of the day's stage, and he said, "It's a bit lumpy for me." 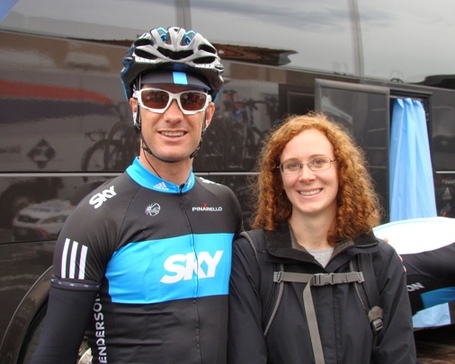 Thanks to celerity for keeping me company yesterday, and to Greg Henderson for making our day with his friendliness and charm!