Giro d'Italia, on the scene in L'Aquila for stage eleven

Share All sharing options for: Giro d'Italia, on the scene in L'Aquila for stage eleven 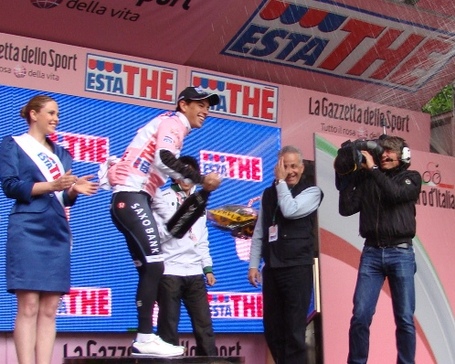 It was another epic day for the riders on the rain-drenched stage from Lucera to L'Aquila, but Tasmanian Richie Porte, the new holder of the maglia rosa, felt right at home.  He said at the post-stage press conference that the day's weather had been just like Tasmanian weather.

Dan Martin gets directions to the team bus after crossing the finish line alone, a few seconds behind teammate David Millar. 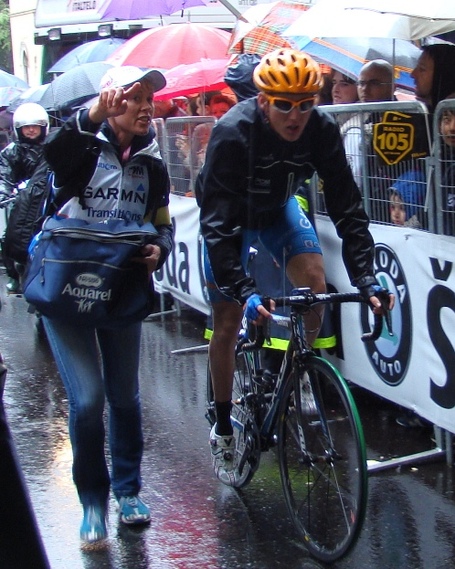 Chris Sorensen was another solo finisher. 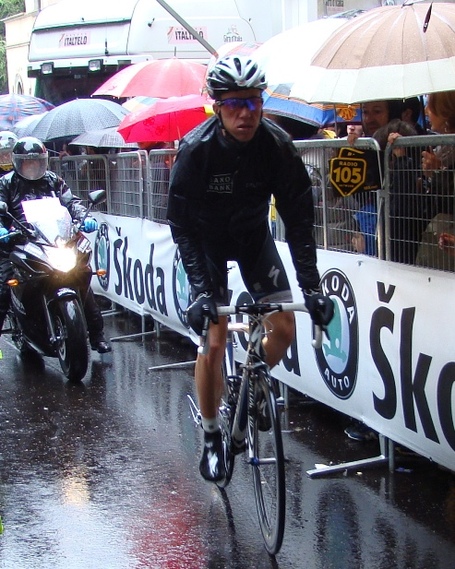 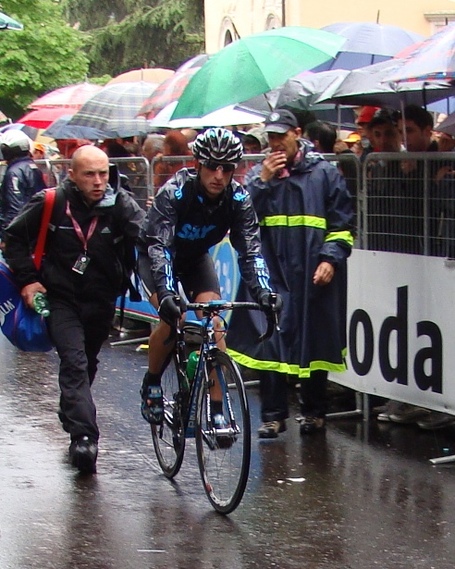 Alberto Losado came in just ahead of the maglia rosa group. 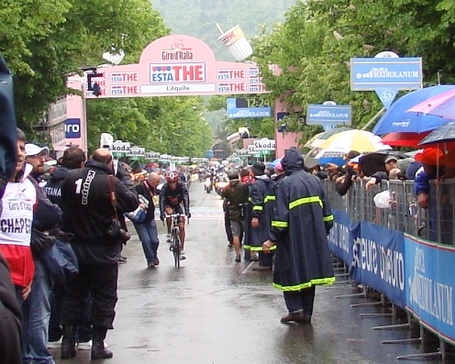 Scarponi and Cunego were near the front of the maglia rosa group. 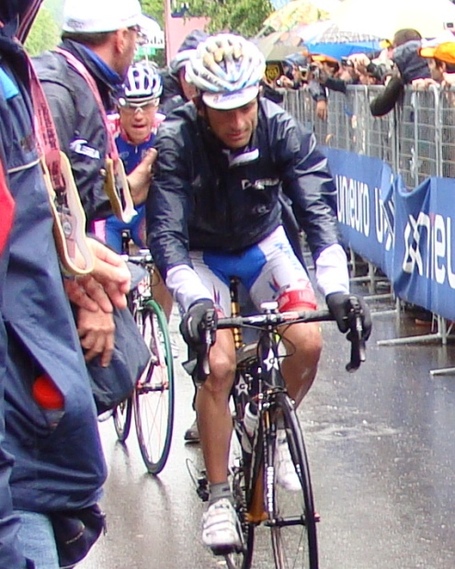 Basso and Uran, with Pozzato following. 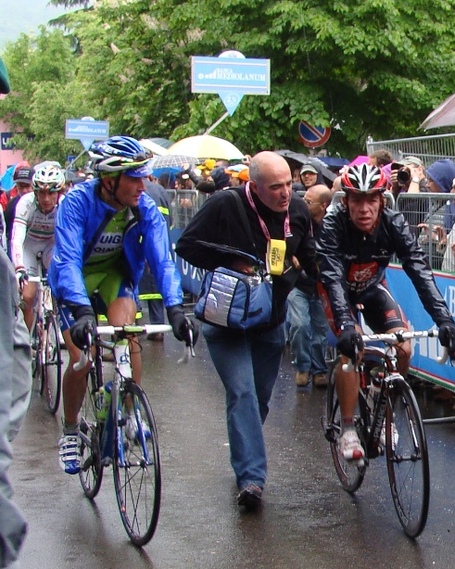 Vinokourov in his last moments in the maglia rosa. 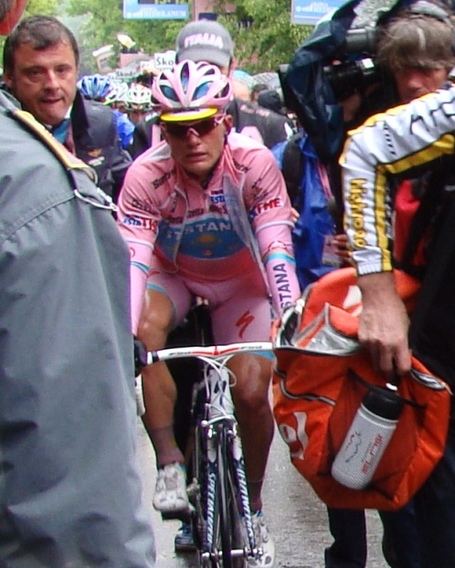 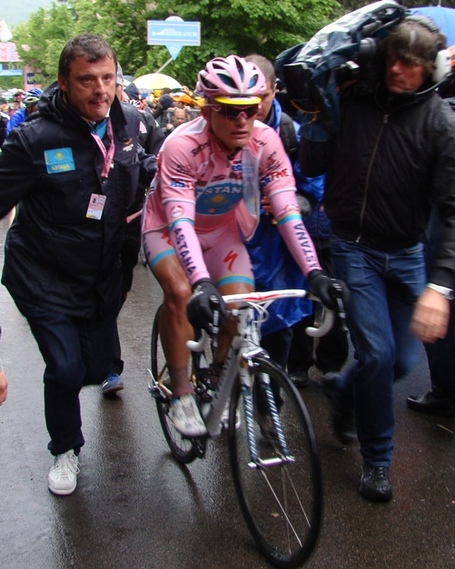 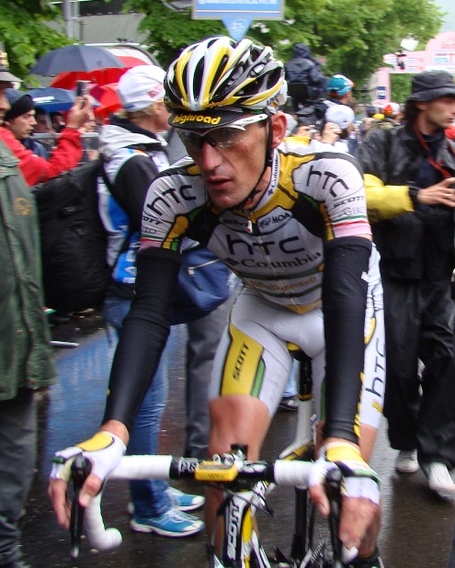 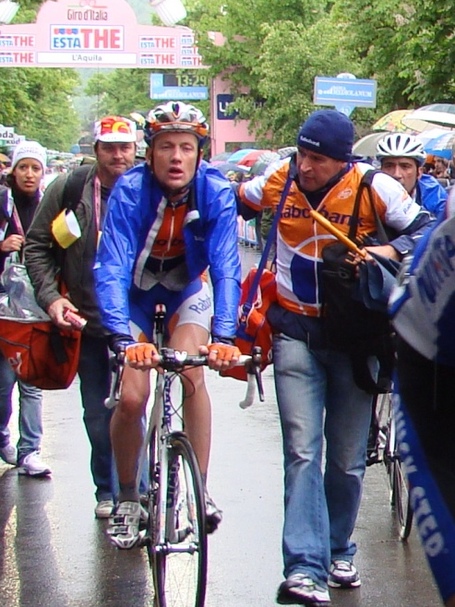 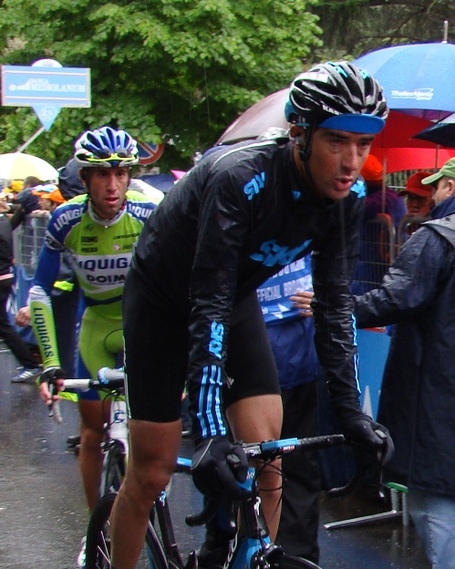 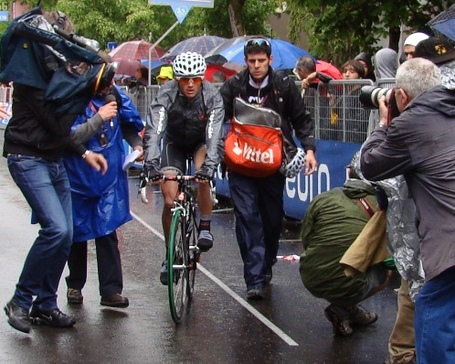 Greg Henderson finished wearing what looked like a borrowed rain jacket, then got directions to the team bus after changing jackets. 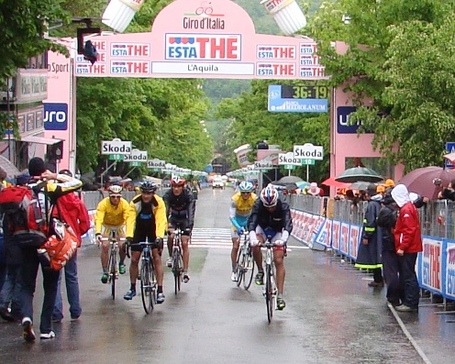 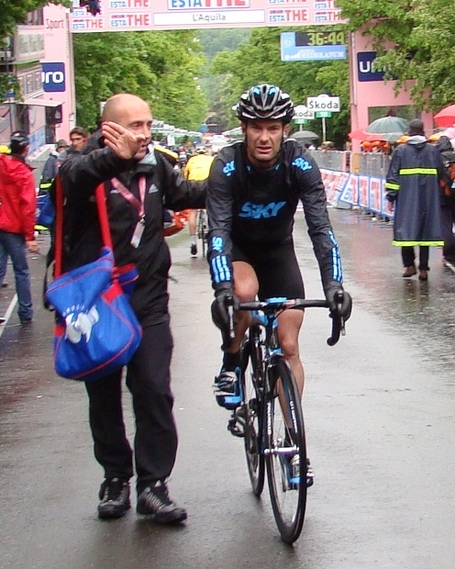 Stage winner Evgeni Petrov was given a "Forza L'Aquila" (Strength to L'Aquila) shirt on the podium. 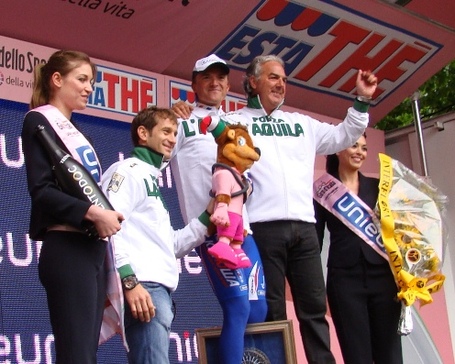 Richie Porte was joined on the podium by a couple of L'Aquila firefighters. 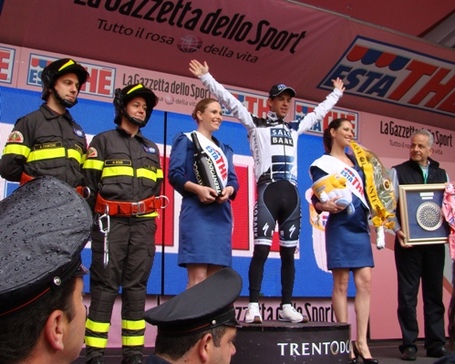