Giro d'Italia; On the scene at Plan de Corones for Stage 16

Share All sharing options for: Giro d'Italia; On the scene at Plan de Corones for Stage 16 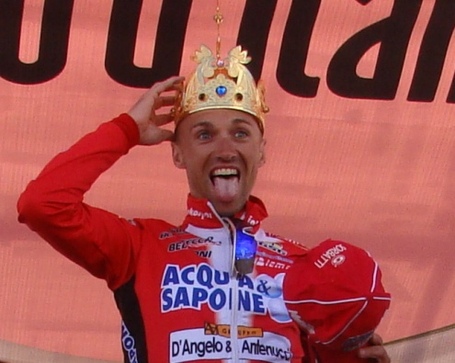 I had planned to watch the Plan de Corones crono somewhere along last kilometer of sterrata, but when I saw how close I was able to get to the finish line, I decided to stay there.  There was a much shorter than usual runout area after the finish, and a smaller than usual group fo photographers, so I was able to snag a great spot for photos.

This shot of Pippo shows some of the beautiful mountains visible from the finish area. 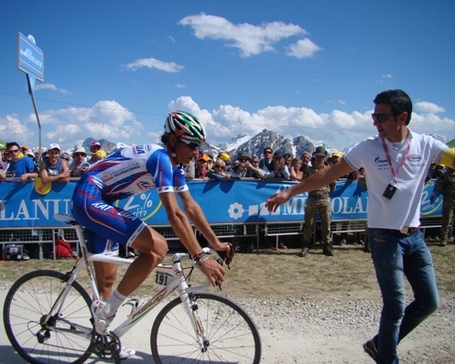 Giampaolo Caruso was completely spent after finishing, and only the quick reflexes of a Katusha soigneur and a race official prevented him from collapsing onto the ground. 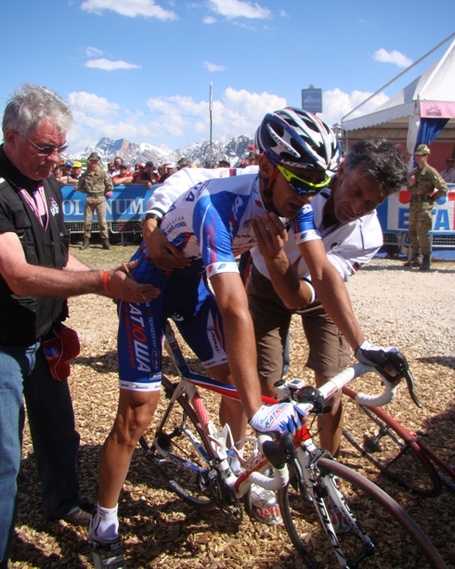 Stage winner Garzelli came through with his mouth stretched as far open as possible, desperately sucking in air. 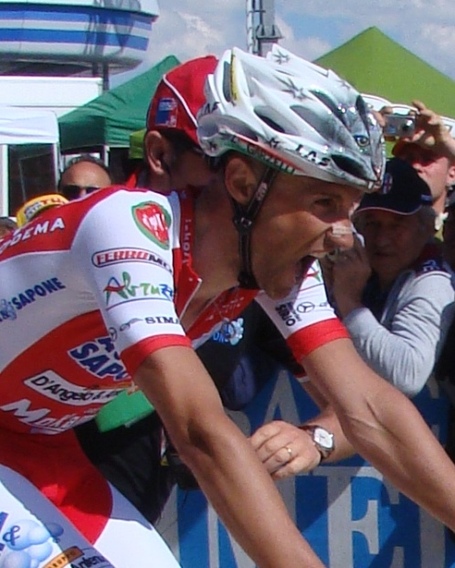 Rigoberto Uran looked fresher than most after turning in the seventh fastest time. 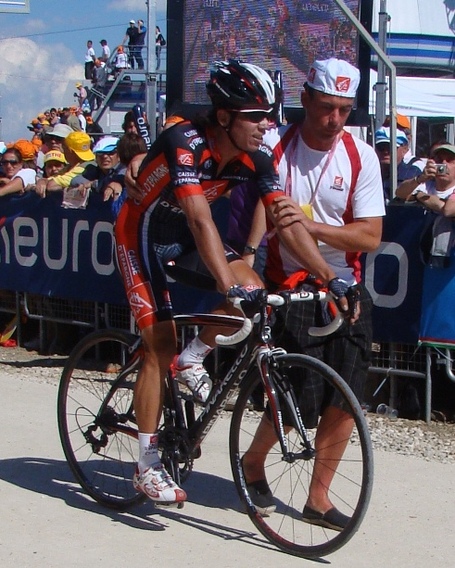 John Gadret's third-best time, on the other hand, looked like it hurt a lot. 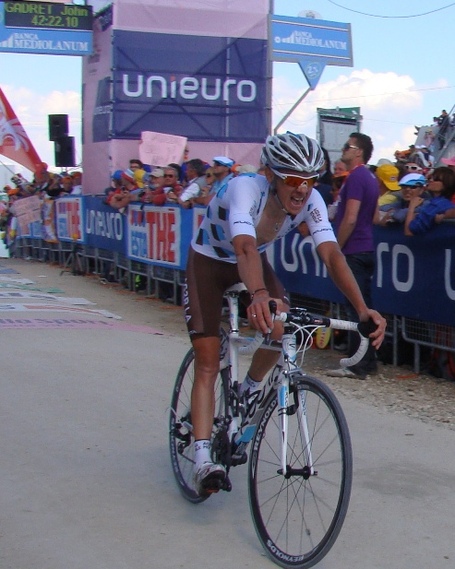 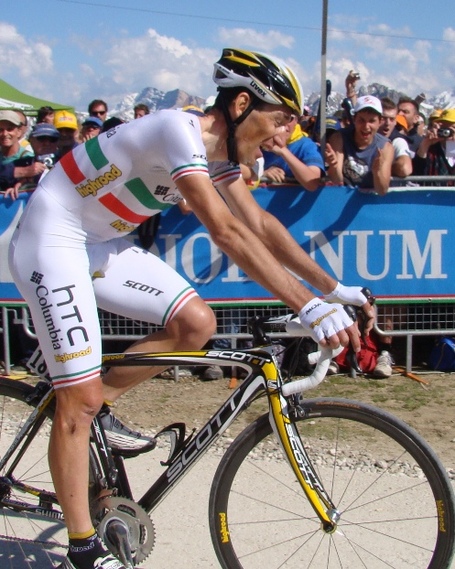 Bauke Mollema zipped up his jersey as he crossed the line. 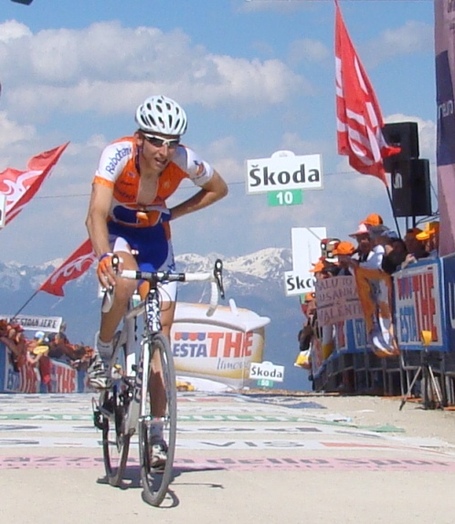 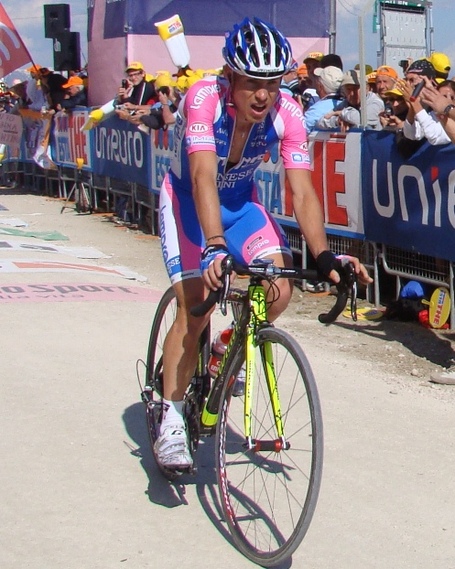 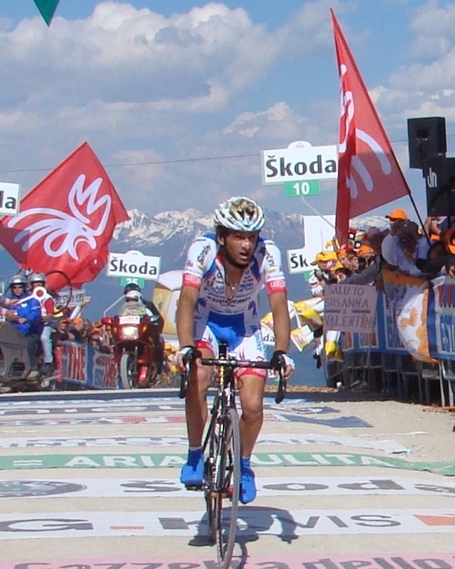 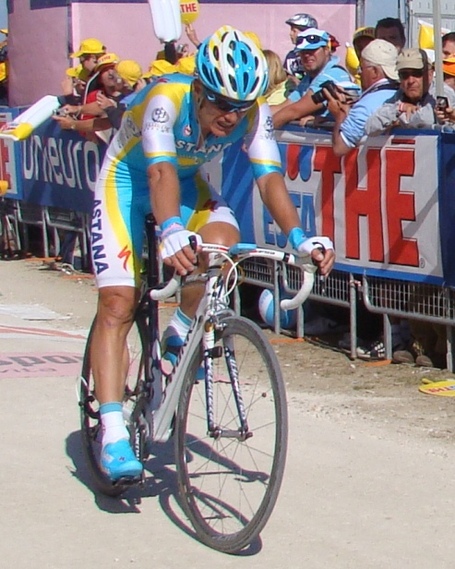 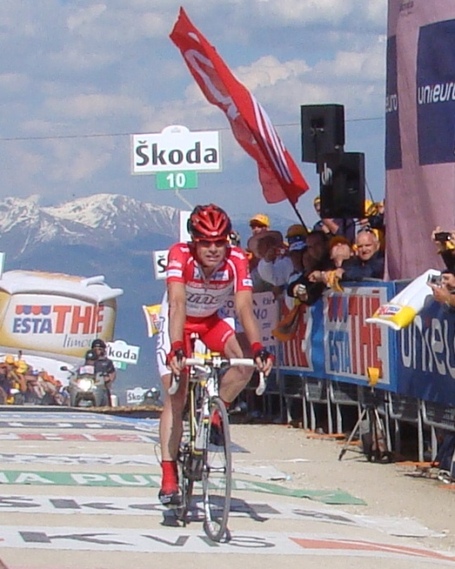 Carlos Sastre was followed accross the finish line by a motorcycle carrying his friend, Formula One driver Fernando Alonso. 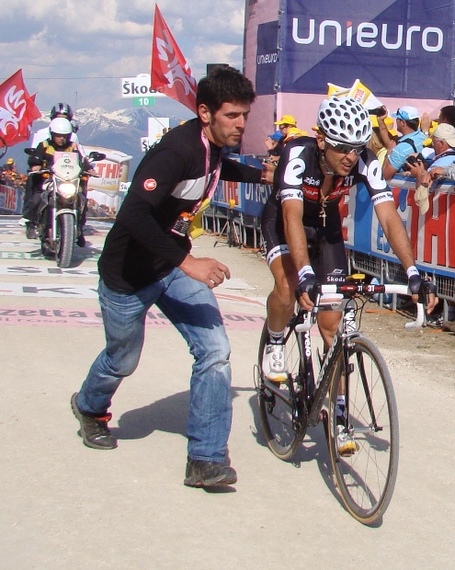 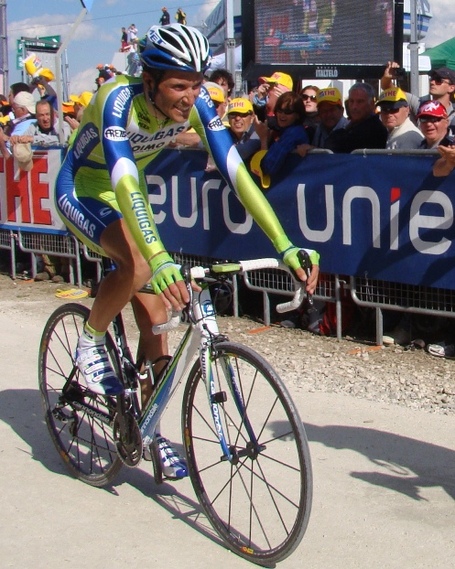 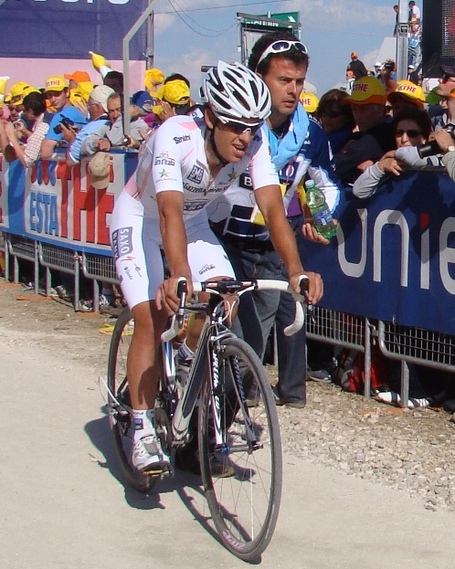 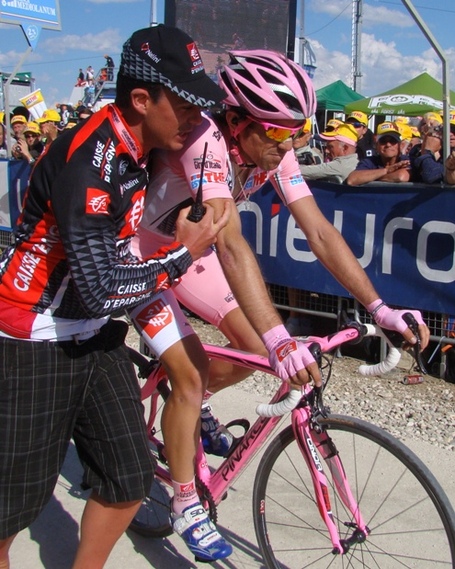 Fernando Alonso presented the maglia rosa and trophy to his countryman, David Arroyo. 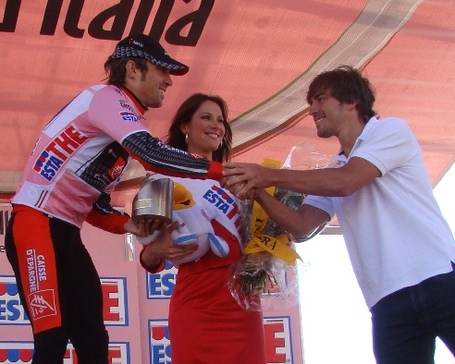 Another happy day for Richie Porte, who hung on to both the maglia bianca and his third place on GC. 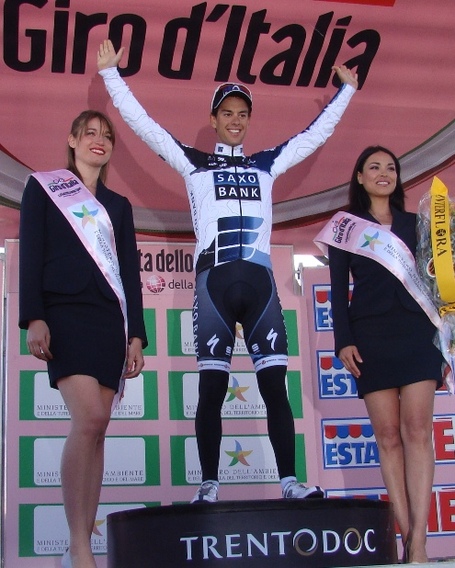