Giro d'Italia; On the scene in Aprica for Stage 19

Share All sharing options for: Giro d'Italia; On the scene in Aprica for Stage 19 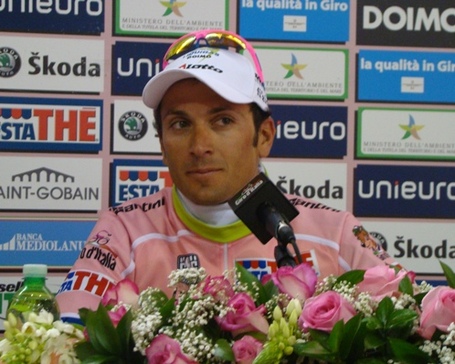 It wasn't just Ivan Basso who celebrated his maglia rosa at the Aprica press conference.  The prodigal son had returned to brilliant (but not too brilliant) form, and the Italian press were ready to kill the fatted calf.

I'm (sadly) back in the U.S. now, and I still have a couple of more reports coming.  In the next few days, I'll post pictures from Passo Tonale and Verona, but meanwhile, here are a few from Aprica.

This picture is a bit fuzzy, but it shows the fierce look on Basso's face just moments after he crossed the finish line. 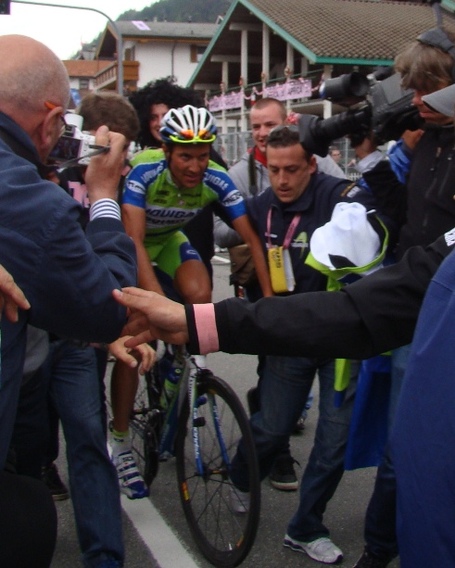 The usually smiley Scarponi also looked pretty intense as he was led to the podium after his stage win, accompanied by a couple of happy Androni, Etc., Etc. staffers. 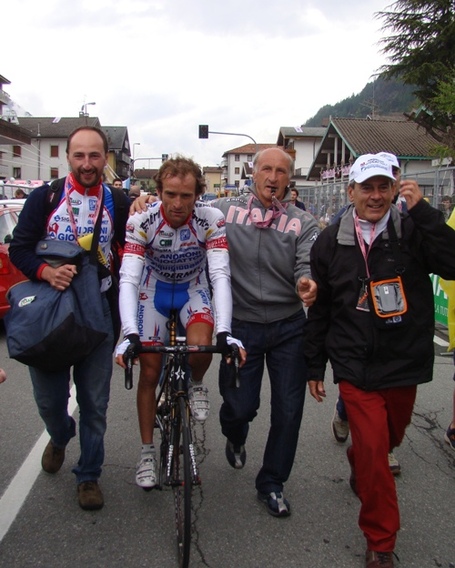 Things were a bit calmer by the time Nibali and Porte were escorted to the podium area. 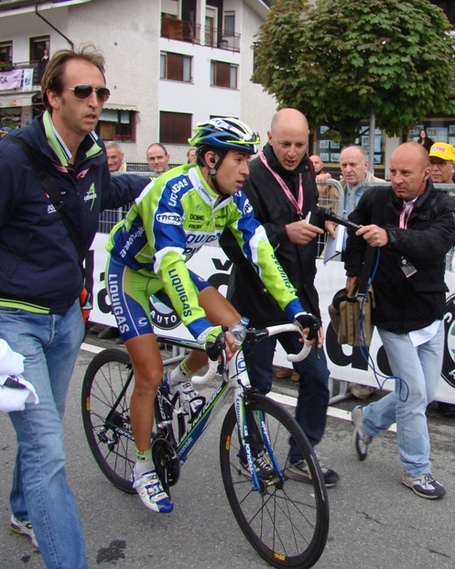 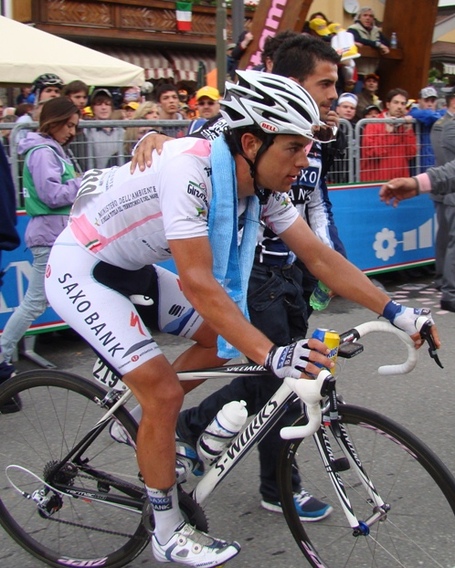 Cioni and Cunego finished together, eight minutes down on Scarponi and Basso. 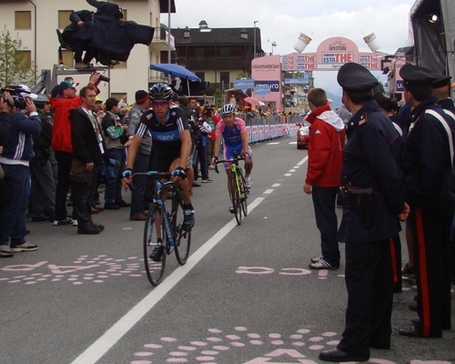 Here are a few more pictures from the Basso press conference. 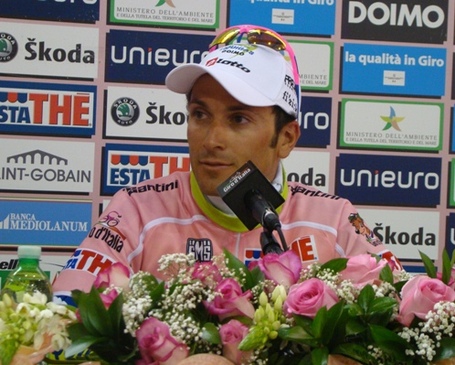 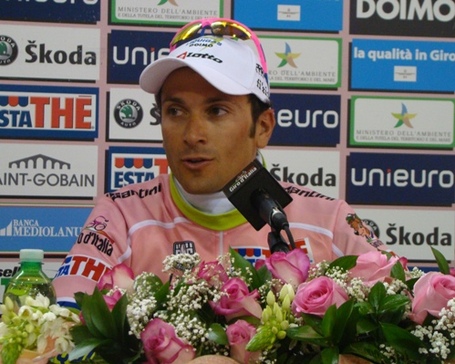 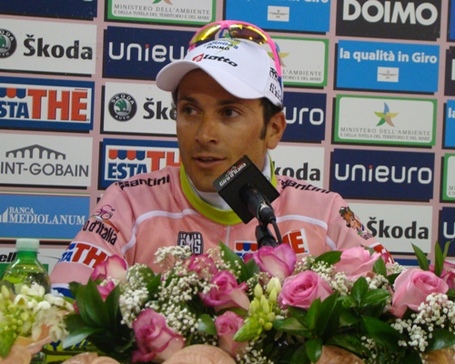 I wish I could remember which question provoked these responses. 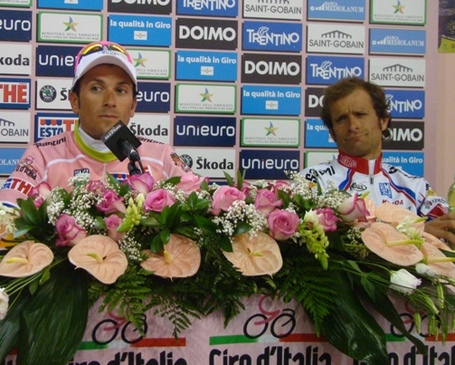