Best of the Nats: Belgium!

Share All sharing options for: Best of the Nats: Belgium!

A brief interlude before we go all in on the Tour -- here's a look at what promises to be a pretty cool National Championships event. OK, I am biased, but does any country put on a better show? First, some details from the race organization:

The course consists of a 14km loop around Leuven, a lovely old Brabant city just east of Brussels. Leuven may not be famous for cycling, but it is home to InBev -- Leffe anyone? Stella Artois? Jupiler?! Anyway, map and favorites on the flip. 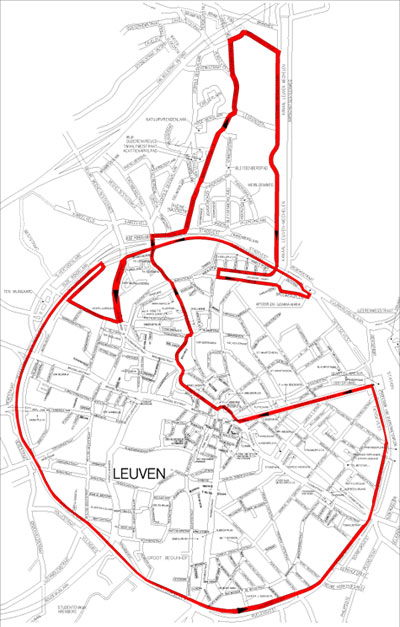 The key features are supposedly the Keizersberg, a 6% climb, and the winepress, a 9% hill, both of which should get old after the 16th lap or so.

But the riders make the race, and here's where Belgium is unique. Almost everywhere else the top riders are guarding their form. Only in Belgium can top international stars be planning as much for their home nats as for the Tour -- or more so, in some cases. Tom Boonen is downplaying his chances (as he should) and staying focused on le Grand Boucle (as he should). But here's a shortlist of interesting likely combatants:

What do these guys have in common, besides the color of their passport? With a few exceptions (Van Summeren, Devo, Vanden Broucke, couple others) these aren't guys who have a big role to play at the Tour. Sunday is their chance to grab some glory.

Normally this would be all Gilbert, but at last check he was pretty worn out. Devolder, Tour or no, has a chip on his shoulder and is coming into form, so he's my pick to win. Seb Rosselaer would be my alternate. I'd root for Keukeleire but this is probably too climby for his taste. Hope like hell for video!