Giro d'Italia; On the scene at Passo Tonale for Stage 20

Share All sharing options for: Giro d'Italia; On the scene at Passo Tonale for Stage 20 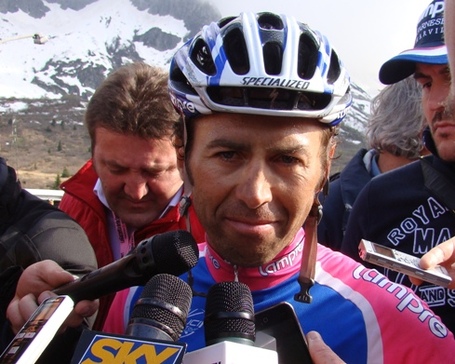 "Peccato, ma è la vita," (It's too bad, but that's life), Simoni said to the press after missing out on his last chance at a Giro stage win.

Basso, Arroyo, and Daniele Righi all looked shattered after finishing in the top ten on the stage. 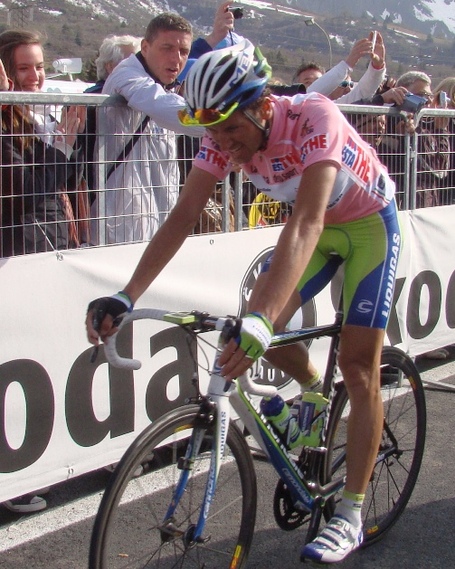 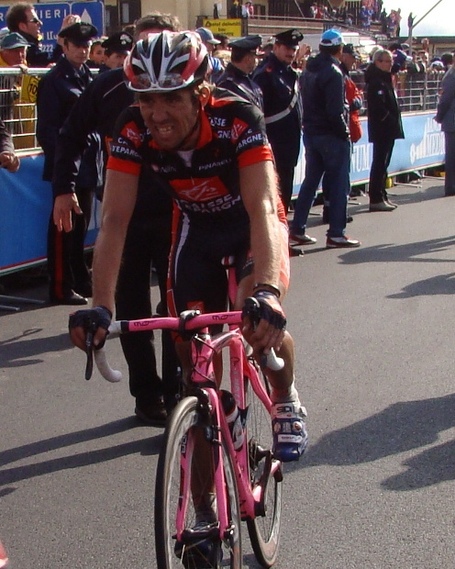 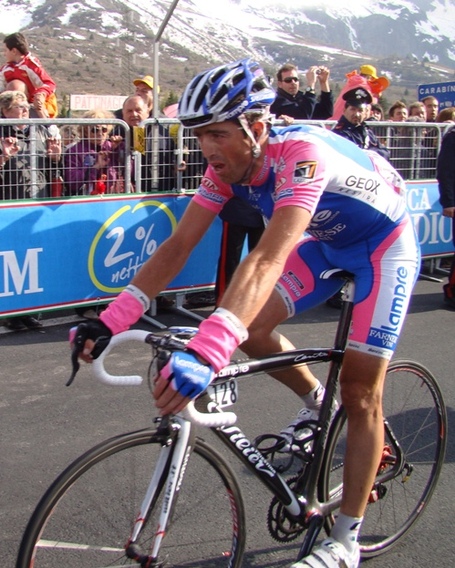 Basso put on warmer clothes as he waited for the podium ceremony. 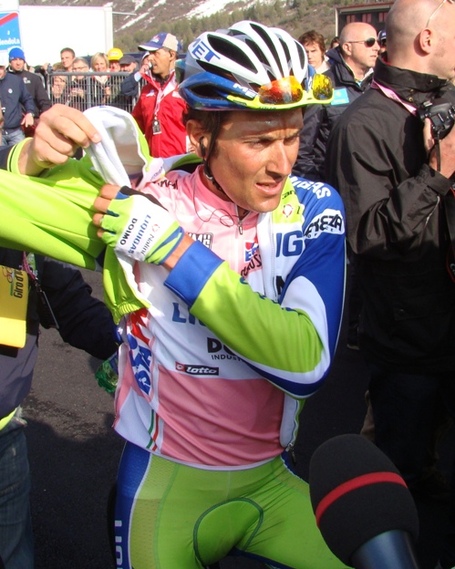 Simoni seemed relaxed and content at the finish, and spent a long time doing interviews. 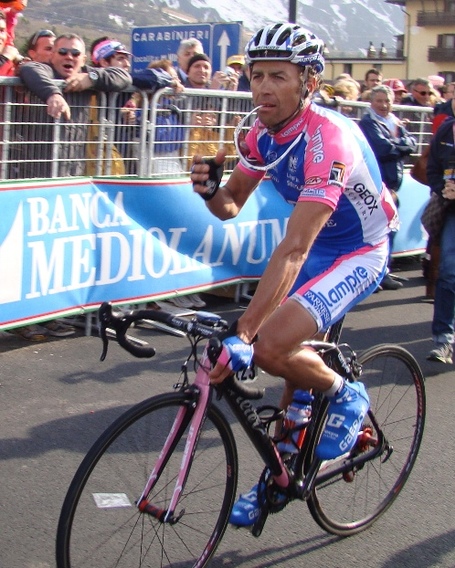 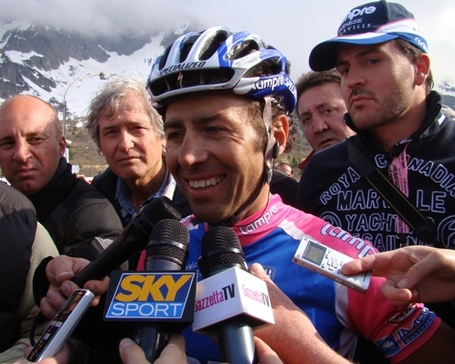 Photographers ducked to cover their cameras as Basso sprayed the podium champagne. 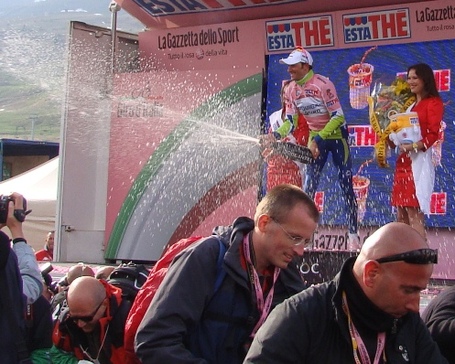 Cadel Evans greeted the crowd as he came onstage to claim the maglia rossa. 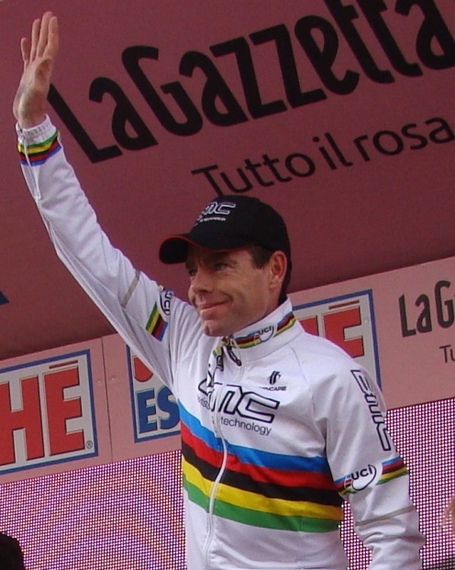 After losing the maglia verde to Basso on the Aprica stage, Matthew Lloyd couldn't have been more pumped about winning it back.  He leapt onto the podium, rubbed his hands together with glee as the jersey was brought out, and launched his bouquet into the crowd. 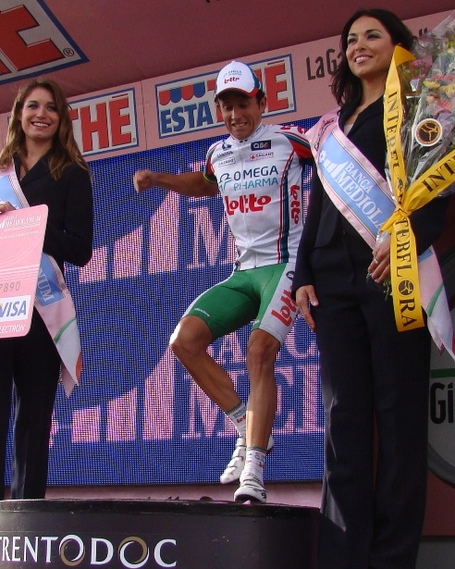 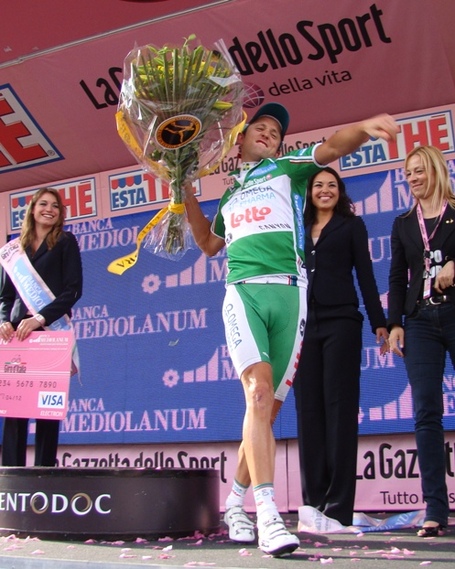 With a more than six-minute lead over the next best maglia bianca contender, Richie Porte had a lock on that jersey. 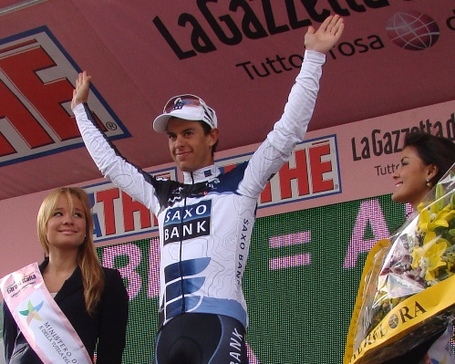 Some shots of Basso at the press conference. 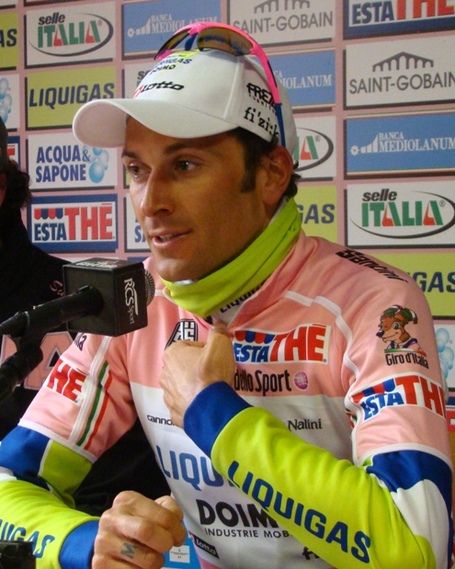 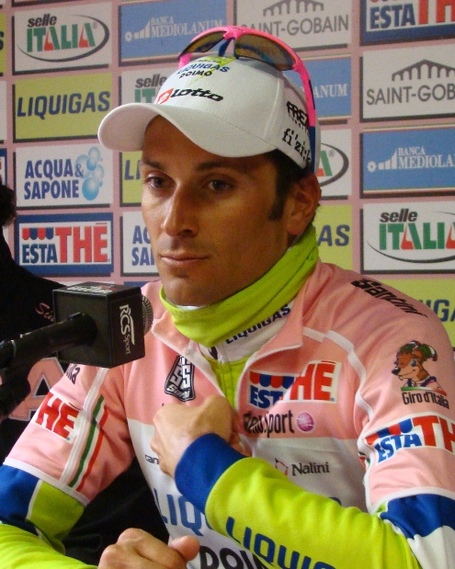 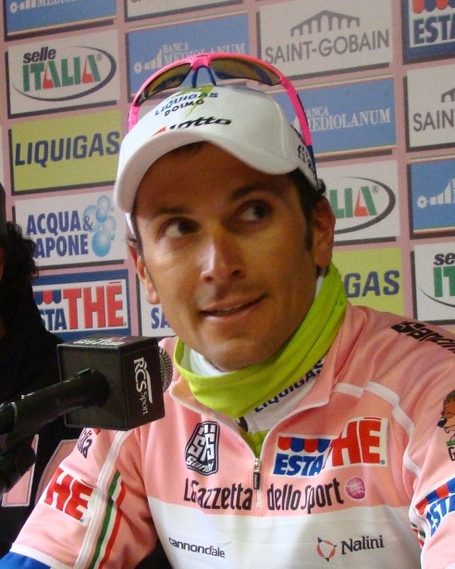 Stage winner Johann Tschopp initially came in and sat at the table with Basso, but he was feeling faint, and had to go out into the hall and get something to eat before coming back to answer questions. 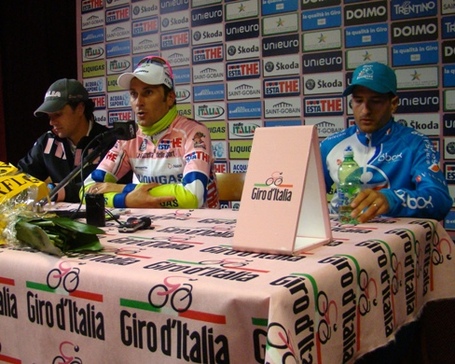