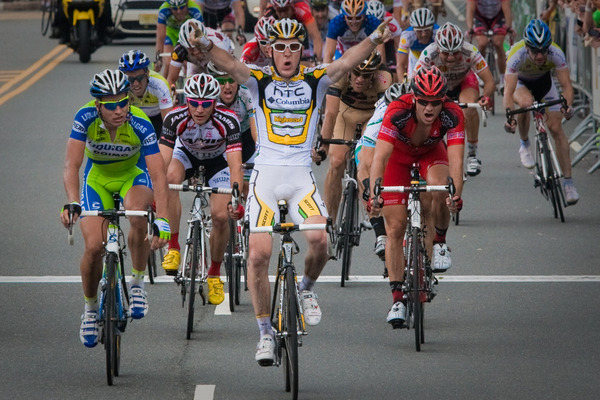 Thrilling race in Philadelphia today, as Liquigas fired one bullet after another in the late stages of this 250km American Classic... but in the end it was HTC with one left in the chamber, as the field came together at the last moment for a bunch gallop into a stiff headwind. Matt Goss, with little left of his team, still managed to get through the center of the bunch and power home to victory. 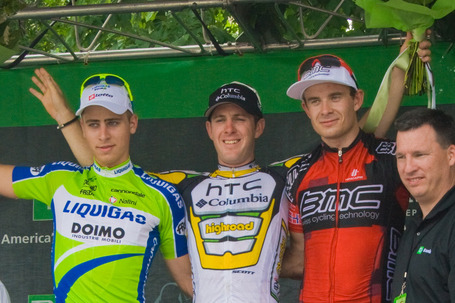 It was a two-fer for HTC, as in the Women's race, Ina Yoko-Teutenberg left her sprint good and late but still claimed her third victory in five years in the City of Brotherly Love. Results: 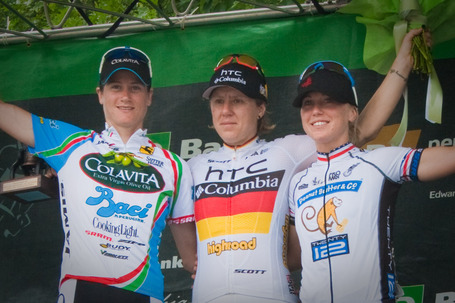